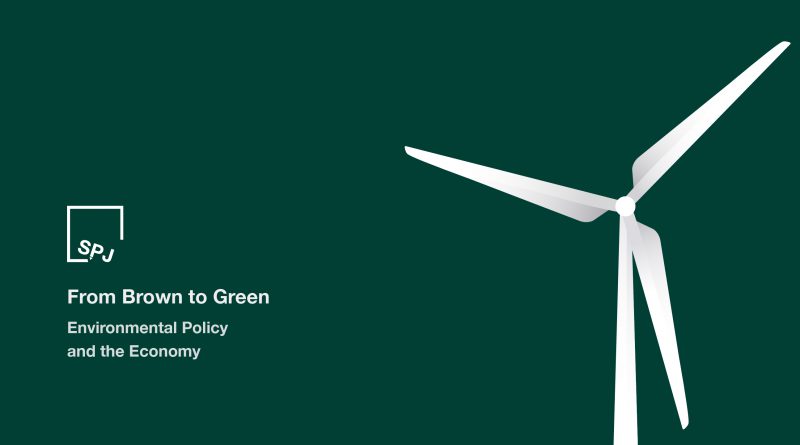 On March 13, the Singapore Policy Journal hosted its first virtual discussion of the Spring 2021 semester: “From Brown to Green: Environmental Policy and the Economy.” It was motivated by the announcement of Singapore’s Green Plan 2030, a cross-ministry initiative promoting ‘sustainable development’ in the city-state. The plan envisions methods that simultaneously meet key environmental and economic objectives. In light of this, the discussion centered around tensions and tradeoffs between the environment and the economy. Given the multifaceted nature of the topic, we were extremely fortunate to have a diverse crowd of participants, with working professionals, university students, academics, and environmental advocates all sharing their perspectives on the matter.

The conversation began with participants analyzing the topic through an abstract lens—questioning if trade-offs were inherent to the environment-economy relationship. Most agreed that trade-offs are inevitable in the short term. Some also felt that technological innovations, such as those in green energy or agriculture, could do much to mitigate or eliminate tradeoffs in the long term. Others found this to be remarkably sanguine, suggesting instead that while tensions could be mitigated, some level of tradeoff will always exist between the economy and the environment. For instance, given that economic growth always results in increased usage of natural resources, some levels of growth would demand more from natural stocks than can be replenished, threatening sustainability. There was an additional understanding that society should be more willing to bear tradeoffs and compromise (rather than an optimal ‘win-win’ solution) in the short term, given the urgency of the climate situation. Participants also considered how Singapore’s place in the world should inform its approach to trade-offs—whether Singapore, as a small country with limited influence, should be a leader or a follower in mitigating climate change.

Over time, the theoretical discussion made way for a more practical one, focusing on specific implementation and ground-level impacts. Participants considered the impacts of a potential economic restructuring that could arise from a transition away from the petrochemical industry to more renewable sources of energy. Many also focused on how burdens and opportunities would be parceled out. Participants drew heavily from the idea of “climate justice,” suggesting that governments and corporations, as the largest contributors to climate change, should bear the brunt of any economic costs. However, few believed this to be likely without radical shifts in the way corporations are regulated. Many acknowledged that it was far more likely that a disproportionate economic burden would fall on the shoulders of low wage workers in affected sectors. More generally, they concurred that low-income households would also be hardest hit by the worst effects of climate change. There was thus a general agreement that any economic restructuring would require a carefully optimized timeline—one that would mitigate climate injustices in the short run, and potentially eliminate inequalities over the long run.

Finally, the conversation evolved into potential methods by which this middle ground could be found. Some suggested governmental solutions—a more robust welfare system to offset the hardships and inequalities of a green transition, more support for green entrepreneurs, and better information systems that educate citizens on the environmental costs of their habits, for instance. Others suggested that Singaporeans, as consumers, could influence market forces—by re-examining the climate consequences of individual economic decisions, and shifting consumption away from heavily pollutive products or industries. An interesting point was brought up regarding Singaporeans’ attitudes towards what they constituted to be a comfortable life; for many, this means consuming more. In turn, this led to an analysis of the importance of both government and grassroots movements in changing collective societal perspectives, with the understanding that solutions only become feasible when Singaporeans accept the urgency of climate change, and re-examine their priorities.

Unsurprisingly, this discussion did not resolve the tensions between the environment and the economy. Nevertheless, all participants left thought provoking comments, with many suggesting first steps to potential solutions. We would like to thank everyone who took time out of their day to come attend this discussion event; we hope it was an engaging and insightful experience that has sparked further discussion outside of this event. We hope you will continue to join the Singapore Policy Journal for future discussion events this spring!