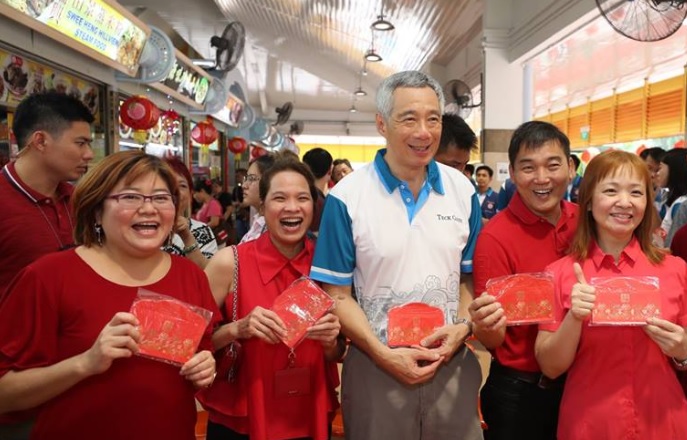 I have always had mixed feelings about the statement “We are all Chinese” (我们都是华人), which often comes up when I meet mainland Chinese for the first time.  Emphasizing our shared ethnic identity helps build rapport but there is something uncomfortable about being treated (and allowing myself to be treated) as part of “one Chinese family” (中华大家庭).

Overseas Chinese are in a unique and complicated position of being intimately identified with China. “Overseas Chinese” could refer to both huaqiao (华侨) or huaren (华人) in Mandarin. Huaqiao (华侨) refer to citizens of China who are living abroad. Huaren (华人) are foreign citizens who are Chinese by descent and ethnicity.[1] Having a shared language, traditions and customs means that huaqiao, huaren and Chinese nationals are sometimes treated as an inseparable whole. This is the lens that many Mainland Chinese use to view Singaporean-Chinese, leading to misperceptions of the Singaporean-Chinese identity.

I recently had a conversation with a Mainland Chinese, who has never been to Singapore. She wrongly assumed that Singaporeans are all Chinese and all speak Mandarin. Of course, this was a factual inaccuracy that need to be corrected, and I gave a rather forceful (if predictable) explanation about how Singapore is a multiracial and multicultural country with four official languages and many more unofficial ones. After listening, she responded, “Why does it seem like Singaporean-Chinese are all so ‘pure’? Chinese people only get together with Chinese people.” (“可是怎么感觉新加坡华人都很纯呢？华人只跟华人在一起。”)

She was probably referring to the fact that despite the multi-racial culture that I claimed characterized Singapore, most Singaporean-Chinese people continue to marry other Singaporean-Chinese. Although her choice of word, ‘pure’, made me highly uncomfortable, it is reflective of the view that because “blood is thicker than water”, ethnic Chinese necessarily have a strong affinity to China.

To many Mainland Chinese, China is where their cultural roots lie. This narrative is often reflected in policy documents as well as speeches made by China’s political leaders. For example, when President Xi Jinping spoke at the 7th Conference for Friendship of Overseas Chinese Association in 2014, he said:

In this speech, overseas ethnic Chinese, regardless of their nationality are commended and called on to continuously support the development of China and the “Chinese people”. This narrative which makes China the sole reference point for one’s ethnic Chinese identity allows for the blurring the lines between ethnic and national loyalty.

Scholars who study Singaporean-Chinese identity as well as mainland Chinese themselves buy into this narrative.

One mainland Chinese scholar criticized Singapore’s efforts to create a unique Singaporean-Chinese culture, saying that it is one “without roots and soul”.[3] Another scholars went as far to say that although Singaporeans “strangely resistant to accepting that they are a part of the Chinese people”,[4] “deep within their hearts they have not completely forgotten their distant hometown” and will one day “realize the pain of cutting off their roots”. [5]

This is worrying because an overemphasis on ethnic and cultural links leads to expectations on Singapore to be sympathetic and supportive of China. In my survey, I asked mainland Chinese students if they expected Singaporean-Chinese to support China and its initiatives on the basis that Singaporean-Chinese are ethnically Chinese. 31.4% believe that Singaporean-Chinese should support China in general, and 21.8% expect support for the Belt and Road Initiative. 23.6% also believe that Singapore-Chinese should be proud that China is becoming stronger as a country. Overall, 46.7% of the mainland Chinese students surveyed agreed that it is reasonable for China to expect Singapore to behave a certain way because of the cultural ties between the two countries.

Wu Xiao An, Visiting Senior Fellow at the ISEAS – Yusof Ishak Institute and Director of the Peking University’s Center for the Study of Chinese Overseas recently acknowledged that “China’s diaspora policy is primarily driven by its national interests and foreign policy imperatives”. As China’s confidence as regional and global power increase, its desire to project cultural influence to achieve its foreign policy aims will only get stronger.

Correcting misperceptions with a stronger understanding of our unique identity

Correcting misperceptions that Mainland Chinese have of Singaporean-Chinese is necessary to preventing China from having unrealistic expectations of Singapore and Singaporeans.

This is not new. As the only country in the world that has a majority-Chinese population outside of China, Singapore has strived to develop a unique identity since independence. Political leaders have emphasized in their speeches that the Singaporean-Chinese identity is independent from China and rooted in Singapore’s multicultural, multiracial context. Singaporeans are taught to emphasize their national identity before their ethnic identity.

Results of my survey of Singaporean-Chinese students proved that this is not merely a view advocated by the government. Among the students surveyed, 84% indicated that they prioritized their national identity and another 14.2% indicated that they valued their national and ethnic identity equally. A vast majority of the Singaporean-Chinese students (96%) believed that Singapore has developed a unique local Chinese culture that is different from culture in China.

If both the government and the people assert that the Singaporean-Chinese identity is unique, why do mainland Chinese still have misperceptions? It is easy to put blame on the Chinese government’s diaspora strategy or ignorance of mainland Chinese. But I would argue, part of the problem has to do with Singapore’s emphasis of Chinese culture over other ethnic cultures.

For example, the Bicultural Studies Programme has a somewhat misleading name because it only focuses on Chinese history and culture. The Regional Studies Programme and the National Elective Tamil Language Programme are two existing programmes that allow student to expand their knowledge of the history and culture of the Malay Peninsula and India respectively. Why aren’t these programmes included under a larger Bicultural Studies umbrella? Singaporeans who have expertise in Malay and Indian culture are also bicultural talents in their own right; the Ministry of Education ought to emphasize that the bicultural talent that Singapore needs are not limited to people who understand China.

Much has also been written and said about the Special Assistance Plan (SAP) schools. SAP schools have rich heritage and play a key role in promoting the learning of Chinese language and culture. However, we can no longer ignore the detriments of the lack of ethnic diversity in SAP schools. How can we convincingly claim to have a unique Singaporean-Chinese culture and identity rooted in multiracialism, when Singapore’s ‘bicultural elites’ have barely any non-Chinese friends and only a superficial understanding of non-Chinese cultures?

Shu Min Chong is a Master of Public Policy candidate at Harvard Kennedy School. She graduated from Peking University in 2018.