Home > Op-Ed > The Loving Critics Have Votes, What They Want Is Voice 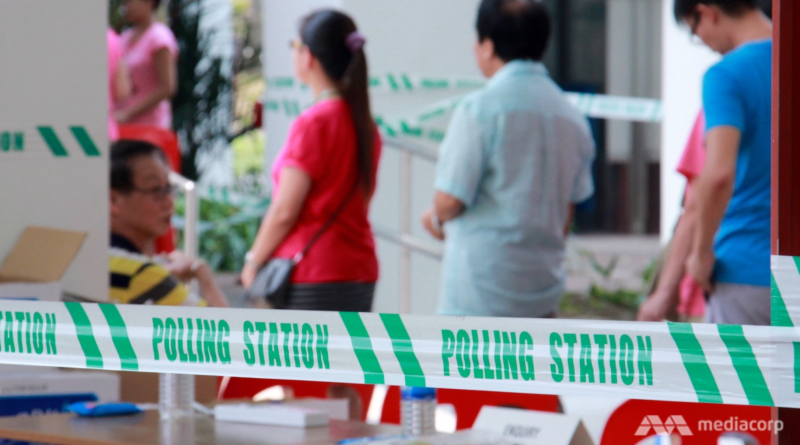 A raft of recent discourse — online and offline — has lamented a supposed decay of democracy in Singapore. It points to salient cases in the news, including public controversies over the Yale-NUS shutdown of a ‘dialogue and dissent’ academic module, a defamation suit lodged against The Online Citizen editor Terry Xu, and the recently passed ‘fake news bill’ that grants government ministers the power to curtail speech that is factually wrong. Concerns about the state of Singapore’s politics have arisen, and converged on the question of democracy and fundamental freedoms. In this piece, I argue that while the state of liberalism is a valid concern, the scrutiny on ‘democracy’ is almost irrelevant to the examples cited.

Democracy, drawn from its component Greek terms of ‘people’ (demos) and ‘power’ (kratos), refers to the people as some collective having power. Depending on how you would interpret ‘people’, or the collective, the decision-rule can be one of unanimity, ‘collective agreement’, or majority. Unanimity requires consensus, as in the Polish nobles’ right of liberum veto in the 17th century Sejm, or in the Association of Southeast Asian Nations (ASEAN)’s institutional requirements for joint declarations. Consensus is famously hard to achieve, since the collective is held hostage to its most radical members; decision-making costs spike, and the status quo is sanctified.

The classical ideal of collective agreement was famously espoused by Jean-Jacques Rousseau, who suggested that societies formed of fundamental common interests only disagreed because they didn’t understand each other’s position. But humans are thinking beings, and a little elucidation and education would get everyone on board with the ‘general will’ (‘volonté générale’) of society. Rousseau had in mind small hamlets in Switzerland where communities were small and tight-knit, had people of relatively similar backgrounds, and could readily come to consensual agreements. His formula appeared all but impractical in large, pluralist societies, although the spirit of his ideas has been recently revived in the literature on ‘deliberative democracy’ spearheaded by Rawls, Habermas, Fishkin, Mouffe, and their compatriots. The key to ‘deliberative democracy’ is that people operate and discuss public questions under established and fair procedures; that people justify their preferences with regard to a common good; and no compulsion is permitted except the ‘force of the better argument’. This is largely an ideal for which there are many normative arguments and limited practical institutional applications: the problems plaguing Rousseau remain highly relevant today.

The third type of democracy, and its present incarnation in contemporary societies, is that of majority rule. As long as most people agree, then everyone abides. The most common form of this is ‘representative democracy’ in which people periodically choose their leaders, who then make the policy (the mechanism by which votes determine the winner(s) varies by electoral system); although there are also instances of ‘direct democracy’ whereby people get some additional say (think referenda in 2014 Ukraine and 2016 UK, or party primaries and caucuses). The will of the people is embodied in the ballot box.

Some criticise Singapore for being undemocratic. In this section, I argue that Singapore is a well-functioning democracy; it is, as The Economist puts it, an ‘illiberal democracy’.

Democracy does not presume the protection of fundamental liberties, beyond the right of political input by the masses. The three forms of democracy sketched above, whether in idea or practice, do not require the freedoms of assembly, speech, or press. They do require political rights to run for office and vote without coercion, but a minimalist understanding of democracy requires nothing further. James Fishkin (2011) conceptualised a ‘trilemma’ for democracy: deliberation, political equality, and participation. In other words: people should be able to think about the political question, each person’s vote should be as important as any other person’s, and that franchise is extended to all.

Many democracies, particularly Western democracies, are liberal-democracies. This means that they guarantee both specific rights and freedoms to their citizens, often enshrined in a constitution, as well as the political power to choose leaders and decide important national questions. But liberalism and democracy are distinct concepts, with different institutional realisations — liberals are characterised by ardent advocacy for the rule of law that protects individual rights and freedoms, which may be run over roughshod by populist leaders.

Consequently, democracy can be highly illiberal, particularly in countries with permanent minorities, such as in ethnically or religiously plural states. The Moro Muslims in the southern Philippines, for instance, are not permitted to secede from a majority Catholic country. Islam is the state religion of Iran — so much for anyone who’s not Muslim. More recently, the elected Myanmar government has stood by stiffly, along with the majority of Buddhist Burmese people and the international community, as Rohingya people are massacred. Singapore is democratic, as far as these rules go (although this status is threatened should the government enshrine a one-party state). Each Singaporean has a vote and the Electoral Boundaries Review Committee works to make our votes equal by reviewing malapportionment arising from district population changes.

Professor Tommy Koh says, “The contestation of ideas is a necessary part of democracy.” It’s not. It’s neither necessary nor sufficient to the minimalist[i] definition of democracy.

But contestation of ideas is important — for progress, for truth, and for the enlivening of minds. And if this argument sounds familiar, it comes straight from J. S. Mill’s compelling essay, “On Liberty” (1859). In other words, these freedoms are the hallmarks of liberalism.

Professor Koh argues that Singapore needs “loving critics and critical lovers” who are free to hold “dissenting views”. Our loving critics and critical lovers have always had, and continue to hold, the right to dissent at the ballot box: the secret ballot has been a critical element of electoral democracy since the 19th century. What they want is not to vote their displeasure, but the right to voice their disagreements. In other words, what they want is not democracy, but liberty.

To return to our first examples: using democracy as a talking-point to voice concerns about rallies, lawsuits, cancelled courses, and police reports, is a conceptual mistake. These clashes over how far civil society should be circumscribed are clashes over freedoms, not over franchise. But does this distinction matter, or is it merely academic?

The distinction matters. When you talk up democracy, the obvious reply by your favourite local conservative critic is: we already have an electoral democracy, the majority regularly votes in the PAP, so why are you harping on about democracy? This reply is correct, which deprives your position of Habermas’ ‘force of the better argument’. Knowing your position is correct does nothing, then, to persuade your interlocutors.

And so, the answer is not to condescendingly dismiss conservative critics or turn up our oh-so-intellectual petticoats. Instead, the answer is cleaning the terms of our debate and notice that we are arguing not for democracy, but for liberty: a tradition rich in its own, separate, ontological justifications and replete with compelling arguments.

Two arguments for liberty appear most salient: one categorical and the other consequentialist. The categorical argument for liberalism claims that human beings, by virtue of being conscious and self-aware, are born to unalienable freedoms and equal dignities. This argument draws on the conception of natural rights championed powerfully by John Locke in 1689, who advocated the natural right to life, liberty, and ‘estate’ (property) for every individual. Society is a compact between these equal beings, who surrender some fringe freedoms for security (such as the ‘freedom’ to kill another), but fully retain freedoms of thought and speech. Liberalism, in this view, is about defining the maximal boundary of freedom that can coexist with the guarantee of a satisfactory level of security for everyone in a community. This boundary is contestable (for example, does everyone’s right to privacy trump the risk of terrorist attack) but all recognise that there is a domain of fundamental freedoms at its core.

The consequentialist argument is that freedoms are the best means by which we test truths and generate a spirited society. This was perhaps most powerfully put in Chapter 2 of On Liberty, which I quote here at length: “But the peculiar evil of silencing the expression of an opinion is, that it is robbing the human race; posterity as well as the existing generation; those who dissent from the opinion, still more than those who hold it. If the opinion is right, they are deprived of the opportunity of exchanging error for truth: if wrong, they lose, what is almost as great a benefit, the clearer perception and livelier impression of truth, produced by its collision with error” (Mill, 1859).

Singapore has skillfully charted a strategic course through the choppy seas of the 20th century. The ship of state is in the good hands of our fourth generation of political leadership. Nevertheless, we should always be wary of complacency, and constantly remember that nobody is infallible. It behooves us, then, to let the loving critics voice their dissent, especially when well-reasoned; for our society will be livelier for the collisions of truth with error.

[i] I have been using the ‘minimalist’, ‘procedural’, or ‘Schumpeterian’ conception to stand in for ‘democracy’. This conception is that democracy consists of regular elections that determine a state’s leadership. ‘Substantive’ versions would include additional ingredients such as freedoms of press, speech, and assembly; and these are plagued with (i) conceptual disagreements on what additional rights and freedoms are  necessary to a democracy, and (ii) measurement problems (how would you compare one country’s ‘freedoms’ to another).

Seow Yongzhi graduated with a BA in Politics, Philosophy, and Economics from Yale-NUS College in 2018 and a MA in East Asian Studies from Yale University in 2019.