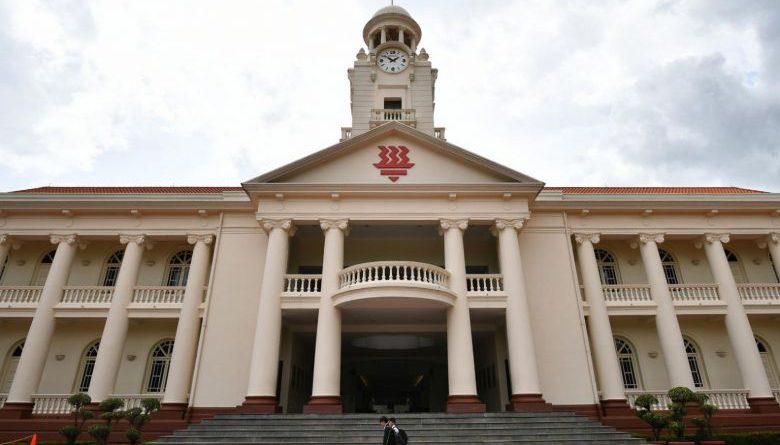 The Special Assistance Plan (SAP) is a programme in Singapore available in 26 primary and secondary schools, offering several subjects in a specific mother tongue. From their introduction in 1979 to the present, SAP schools have catered only to those studying Mandarin. Chinese culture is also very overt in SAP schools’ atmospheres, partly through the oriental design of the buildings.

The SAP contributes to many problems: unfair treatment to students of other races, the perpetuation of elitism, and ethnic segregation. Potential solutions include abolishing the SAP completely and furthering the study of all mother tongues and cultures in schools.

According to The Independent, only eight of the 15 best primary schools in Singapore offer Malay and Tamil as second languages, while the remaining seven are SAP schools. SAP secondary schools are also well-funded and deemed “elite” because students must perform well in PSLE to be admitted. From a simple balloting perspective, Mandarin speakers (mostly Chinese) have almost twice the chance of securing a place in these “good” schools as non-Mandarin speaking minority students. SAP schools thus unfairly give Chinese students more educational opportunities. While some promote effective bilingualism as the rationale for SAP schools, Mandarin is the only language included in the SAP. This unfair treatment is also evident in the academic help given to SAP schools in the 1980s (which will be discussed later). Children from minority races thus have fewer opportunities to attend so-called “elite” schools.

From a cultural perspective, SAP schools were also established to promote Asian values, particularly during the ‘Asian values’ debate of the 1980s and 1990s. SAP schools articulate these values as fundamentally Chinese in origin, with the promotion of Chinese beliefs and ethics forming a monocultural school environment that inhibits students’ exposure to other cultures. SAP schools’ elite reputation also perpetuates the idea that Mandarin is more worthy of study than other non-English languages. Prime Minister Lee Hsien Loong himself has alluded to the idea that SAP schools—just like other popular schools—may become vehicles for elitism.

There is also the issue of ethnic segregation. While SAP schools mandate celebrations of cultural festivals to mitigate the lack of ethnic diversity amongst students—CHIJ St Nicholas Girls’ School holds Bollywood dance competitions to commemorate Deepavali—time spent on such programmes is scant. Furthermore, such manifestations of “cultural exchange” can smack of cultural appropriation. Occasional dances are a poor substitute for meaningful social interactions between students of different races. The existence of SAP schools thus undermines our attempts to build a truly multiracial society.

How did the SAP come about?

In 1979, the Ministry of Education (MOE) designated nine Chinese-medium secondary schools as Special Assistance Plan (SAP) schools in accordance with the Speak Mandarin Campaign, to promote speaking of Mandarin and to limit use of dialects to enhance social harmony. These schools were intended to provide top-scoring primary school leavers with the opportunity to study both English and Mandarin to a high degree of competence. Previously, as many students shifted to English schools due to better job prospects for those with an English education, the enrolment in Chinese-medium schools fell tremendously, causing MOE to introduce SAP.

With the economic success of the Asian Tigers (South Korea; Hong Kong; Taiwan; and Singapore) in the 1970s and 1980s, Singaporean politicians synthesised several political ideas to form the Asian Values discourse, arguing that rapid development was due to Asian countries’ shared Confucian heritage.

SAP schools thus received even greater support as vehicles for transmitting “Confucian values”, which were inextricably linked with Chinese culture. A multi-ethnic environment is compromised because of this focus on supposedly Chinese beliefs. Singapore’s claim to a multi-racial society is further undermined by the implication that the values responsible for its economic success are rooted in Chinese heritage and thus belong, like the success itself, primarily to the Chinese community.

Moreover, when there was a serious shortage of graduate English teachers in schools in 1980, MOE ensured there were enough allocated to SAP schools “to help improve standards of English among the Chinese-medium students, in hopes that they will make it to university”—an objective furthered by the granting of two O-level bonus points exclusively to SAP school students when they applied for junior college. No other ethnic group received such support. They were left instead with inadequately-trained teachers, substandard facilities, and the distinct taste of unfair treatment.

The most direct solution is to abolish the SAP system completely. Removing the SAP will strengthen public confidence in Singapore’s meritocratic system, by giving all students a more equal shot at all schools, regardless of race or language. Top SAP schools like Hwa Chong Institution will no longer be functionally exclusive to Chinese students. All fifteen top primary schools will provide teachers teaching Tamil and Malay, and hence allow students of any mother tongue to ballot for places. Students that go to school with friends of other races should have a better understanding of various cultures. Pragmatically, this prepares students for working in an ethnically diverse economy. Much more importantly, we cannot claim to be a truly fair and multi-racial society if one-quarter of our youth cannot even attempt to enter some of our best schools, or if the students in those top schools have no friends outside their own race.

Older Chinese local citizens might comment that SAP schools assuage the sense of loss felt from the closure of vernacular schools in 1970s, and that abolishing the SAP is equivalent to terminating any form of remembrance for them, and their status as students at that time. Nonetheless, through the removal of SAP, cultural understanding and celebration for all races can be more deeply fostered. To assure Singaporean-Chinese that Chinese culture will never be forgotten, we can mandate that students from schools study the history of Chinese, Tamil and Malay medium schools, and learn about what was lost in the economics-driven transition to English-medium education. We can encourage the study and appreciation of heritage, not just for Chinese students, but for all.

Further studies of mother tongues and cultures in schools

While there are many programmes that enable Chinese students to delve deeper into Chinese studies and culture, like the Bicultural Studies Programme and Overseas Exchange Programmes to China, there are fewer cultural programmes for Indian and Malay students. We should introduce Bicultural Studies Programmes for Tamil- and Malay-speaking students as well. For those speaking less common languages like Hindi, Urdu, and Bengali, we can encourage cultural studies during mother tongue lessons as well.

These programmes may be expensive. Planning and liaising with overseas partners takes time and resources that not all schools may have. However, far from being a reason not to expand the Bicultural Studies Programme, this only makes it even more important that we provide resources equally for all cultural programmes, not just Chinese ones.

Moreover, we should encourage students to study the languages and cultures of ethnic groups other than their own. Currently, all schools celebrate ethnic holidays such as Chinese New Year, Hari Raya, and Deepavali. However, such exposure is only superficial. More cross-cultural programmes to promote deeper learning would help turn the stated vision of a truly multi-racial Singapore into a reality.

In the 21stcentury globalized world we live in today, it is important to encourage students not only to destabilise the categories of ethnic identity, but also to explore what it means to be a citizen of a multi-ethnic country, and to learn how to incorporate an understanding of different cultures into our national identity. Whether or not the SAP should be abolished is not the only important issue at hand for improving Singapore’s policies on race and ethnicity. Looking for other solutions that can foster greater ethnic cohesion and harmony is equally, if not more, important.

Shaun Loh is a Year 4 student from Raffles Institution, Singapore. He enjoys studying Literature, History and Social Studies. This article was written for a school-based Social Studies assignment.