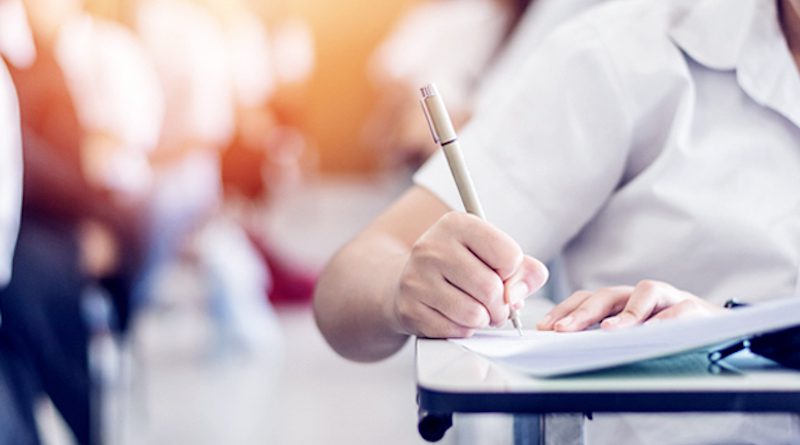 Major changes abound for Singapore’s education system. Earlier this week, Education Minister Ong Ye Kung announced that by 2024, the Ministry of Education (MOE) would phase out the Express, Normal (Academic), and Normal (Technical) streams that have dominated secondary schools for the past forty years. Subject-based banding would be introduced instead, where students take up subjects at varying levels of difficulty – G1, G2, and G3 – based on their abilities and interests. This would culminate in a common national examination and graduation certificate that lists the subjects completed and at which level.

This is a step in the right direction. Streaming worked when Singapore’s focus was on efficiency, and providing different tiers from which students could graduate ensured low dropout rates to the benefit of the workforce. However, the context of the present and demands of the future no longer cohere with the circumstances of the past. Years of upholding meritocracy have obscured structural and institutional flaws that have recently come to the fore, given intergenerational transfers of wealth, resource, and privilege. This is straining Singapore’s societal fabric, increasing socioeconomic inequality, and impeding social mobility. Moreover, with the disruption brought about by digital technologies, innovative thinking and entrepreneurial mindsets are increasingly valued, supplanting the traditional fixation on academic qualifications. This is challenging long-held notions of the kind of education it takes to be successful.

Students will be better able to pace themselves in their education given a banding system that supports individual learning interests and ability, and an examination system that de-emphasizes academic segregation. Additionally, taking combinations of subjects at different levels will allow students to tailor their own workload to suit their strengths and interests. The potential for forming classes with students across bands also provides a platform for social mixing and varied exposure to peoples of different skills and backgrounds.

Such a move paints an optimistic picture for the future ahead. However, the devil is often in the details. MOE needs to take the lead in enacting proactive policy initiatives that would actualize the vision and objectives that the changes seek to achieve. There are two considerations on this front.

First, the banding system should be flexible enough to allow students to transition between bands. In parliament, MP Louis Ng raised concerns over “the immobility in our education system, where a student who enters the Normal (Technical) stream has little chance of leaving this stream.” Being able to move between bands reflects the capacity of the system to accommodate the changing interests and abilities of students over time. This is crucial to expanding the range of options available for students to pursue subjects according to their aptitude and preferences.

One way to do this would be to make the requirements for moving between bands multidimensional. Test scores are not fully indicative of potential and performance, and should not be the sole arbiter of a student’s learning ability. More weight can be given to teachers’ assessments of individual students, providing insight to the less tangible aspects of learning ability such as classroom participation, quality of discussions, intellectual agility, and the level of interest. Taking that further, the ministry could explore the possibility of having the subject syllabi of each band build off a common foundation, but taken to varying degrees of depth within each band. Methods of implementing this may differ, but this would overcome some of the gaps in learning and content that would otherwise hinder the seamless transition of students across bands.

Another way to do this would be to make the bands less about difficulty, and more about differences in pedagogical approach. While admittedly not within the current ambit of the announced changes, there may be scope in the future for exploring how variations in teaching methods across the bands might suit different learning styles. For example, G1 science classes could have a more vocational focus, while those in the G2 band could have a more theoretical focus. Any stigma associated with transitions would be alleviated, with students benefitting from the varied modes of learning on offer.

The abilities, readiness, and motivations of students can be developed and strengthened with time, and the onus is on the system to support students as needed. Only when such flexibility is achieved will we be able to overcome the problems of pigeonholing that the old streaming system engendered. As Mr Ong said, “no child’s fate is fixed.”

Second, it is vital that the shift to banding must not be undertaken superficially. It should not simply be new terminology retrofitted to existing metrics of success. Taking all subjects at the G3 level cannot be perceived as the epitome of academic achievement – this would be missing the point.

The banding system has a twofold purpose: allowing students to pursue excellence on their own terms and at their own pace, and dismantling the stigma associated with streaming labels. Admission criteria to post-secondary institutions should reflect this. While MOE has said it is already studying how best to tweak current admissions policies, it is worth reiterating that this is absolutely critical in a climate rife with academic competition. What MOE decides on provides a direct signal to parents, students, and educators who will be watching closely to decipher how to gain a competitive edge. MOE has a real opportunity here to reshape cultural mindsets towards education for the long-term, and should leverage this. Similarly, the criteria for awarding tertiary-level scholarships should adapt accordingly as well. Employers in both the public and private sectors should also update their hiring practices. The work of changing deeply entrenched mindsets towards education is no easy task, and change can only come if all relevant stakeholders are aligned and supportive.

Moving forward, this speaks to a broader question of how Singapore should define success. It is a conversation that Singapore society is already having, given the fierce recent debates over the merits and failings of meritocracy in the public sphere. Meritocracy is still a widely accepted civic ideal today. However, if kept static and unchecked, Singapore runs the risk of not just perpetuating a class of educated and wealthy elites, but also narrowly defining society’s conception of success, to the detriment of the diversity and strength of its economy and society. To that end, the climate is right for genuine change – and it would be a pity if the banding system became just another set of labels in disguise, deepening the social stratification that we already see.

This change in education policy is timely. Singapore is at a turning point where some models that have worked in the past can no longer meet the challenges of the present and future. Our institutions must adapt, and in this vein, replacing streaming with subject-based banding will go a long way in creating an environment in which students can grow and learn without prejudice from society. This move represents a recognition at the higher levels of government of the current education system’s shortcomings, and a genuine intent to improve it. Careful attention to implementation, namely by ensuring flexible transitions between bands and adapting the criteria for admissions, scholarships and even jobs, is integral to making sure MOE focuses on the spirit of these changes. There is a valuable opportunity to make a lasting change in the way society approaches education and notions of success, and we should make it count.

Lionel Oh is a sophomore at Tufts University reading International Relations and Computer Science. His policy interests generally include technology, education, and foreign affairs, but all his friends know his real (and unhealthy) obsession is with anything related to defense.