Home > Economy > Rethinking the Push Towards a Cash-Free Society 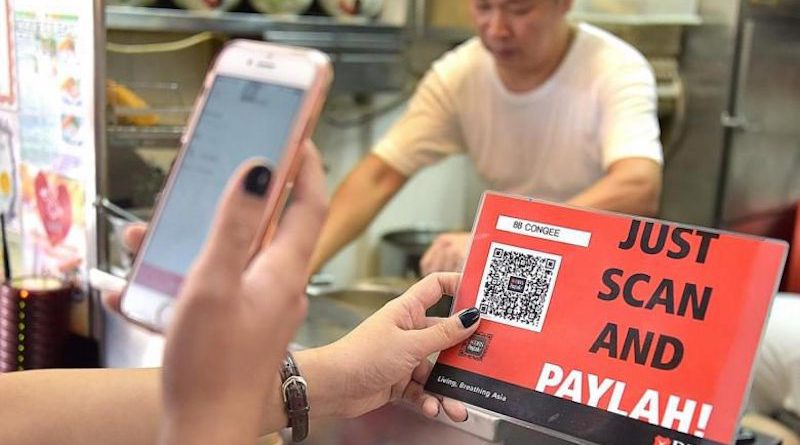 Singapore is one of the most connected and tech-savvy nations in the world. Yet cashless payments have yet to take off in a big way locally. This may change as efforts to go cashless continue to pick up steam, with companies such as Razer leading the charge. The government intends for Singapore to move towards becoming fully cashless as part of its Smart Nation initiative. To that end, the Monetary Authority of Singapore (MAS) commissioned a report titled the “Singapore Payments Roadmap”. It evaluates the current cashless payments ecosystem and recommends implementing measures that facilitate a transition to a cash-free society beyond 2020.

The potential benefits of a cashless society are numerous. First, physical currency need not be minted, resulting in cost savings for the government. Next, increased utilisation of current cashless payment systems by consumers would result in greater economies of scale, lowering the transaction costs associated with such payment systems for businesses, which generates a virtuous cycle of increased adoption and even lower fees. Cashless payment might even encourage entrepreneurship. With ease of access to a secure digital payment system, more people might be encouraged to start their own online e-commerce businesses or marketplaces. Finally, in the long run, cashless payments can have a positive effect on the economic growth of a country, by making it easier and less costly to do business.[1] Cash, therefore, seems like an increasingly medieval and less efficient way of making payment in modern-day society.

However, the MAS roadmap seems to discount the fact that cash may still retain utility within the payments ecosystem. The study pushes for improvements in the current cashless payments ecosystem, with the inherent assumption that an improved ecosystem will naturally draw more users. However, supply-side improvements do not imply increased demand. Certain segments of consumers such as the elderly, for example, may still prefer to rely on cash to make payment. Moreover, going entirely cashless might not be possible nor desirable. Cash is still widely used for small, day-to-day transactions and sundry purchases given its flexibility and the certainty that it will be accepted. Consumer security concerns are also paramount – with cashless payment systems, there is arguably an increased risk of security compromises such as unauthorized or fraudulent usage. Unfamiliarity with the wide variety of cashless payment systems available, especially amongst the elderly and other less digitally-inclined populations, is another obstacle. Cultural habits also stand in the way of phasing out cash. During Chinese New Year or Hari Raya for example, it is common for people to hand out red (angbaos) or green (sampul hijau) envelopes containing cash. Finally, cash may also have a psychological effect on spending. A study conducted showed that consumers tend to spend more using credit cards as compared to cash.[2] Consumers wanting to set upper limits on their expenditure habits may prefer the feeling of money spent in a tangible way.

At the societal level, a complete dependence on cashless payments can make businesses, institutions and systems extremely vulnerable to cybercrimes. Online scams and leakages of personal data are relatively minor concerns when contrasted with the possibility of a targeted attack on the servers hosting these systems. A successful attack on Singapore’s payment infrastructure could send us back to the Stone Age of commerce, especially when there is no alternative form of payment. If anything, the recent data breaches involving SingHealth demonstrate that serious steps need to be taken to beef these systems up to withstand sophisticated attacks. Cash has proven itself thus far to be a reliable and fool-proof, albeit a somewhat outdated method of payment given modern technology. Therefore, given deeply entrenched consumer preferences and the immense risks involved with a fully cashless society, cash may still have a role to play in the payments ecosystem of the future.

Conceivably, it is possible for both modes of payment to complement each other, and this could depend primarily on consumer usage patterns. For instance, if cash were used overwhelmingly for small, daily transactions, then perhaps larger note denominations (e.g. $1000 notes) can be gradually phased out, which may also have the added benefit of combating money laundering. As Minister Ong Ye Kung pointed out, “some people will always find cash useful – but we certainly can transact with a lot less cash”. Singapore would do well to monitor consumer preferences and tweak its policy responses in this area accordingly, rather than push outright for or against one mode of payment.

Soh Kian Peng is a second-year Bachelor of Laws student at the Singapore Management University’s School of Law. This explainer was adapted from a report written for a business module.