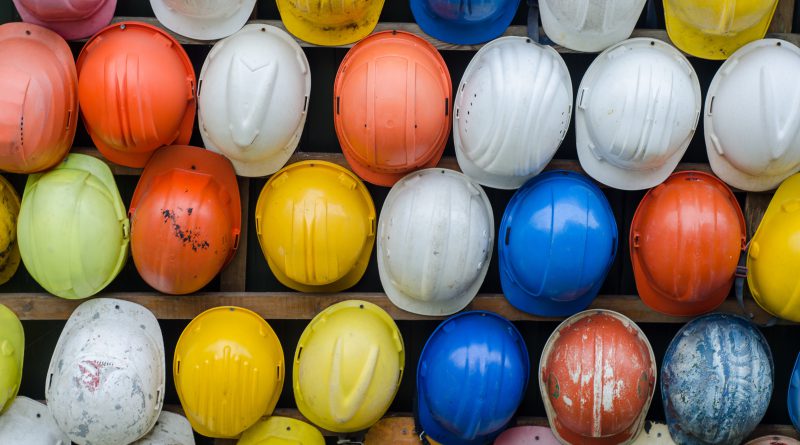 This article is the last of four pieces for our February 2019 Migrants in Singapore Spotlight series, which explores the issues facing migrants, and in particular migrant workers, in Singapore today. To see the other pieces in this series, click this link. If you’re interested in contributing an article to this series or responding, we welcome article submissions and letters to the editor (links below).

The debate around low-wage migrant labour in Singapore has gathered steam in recent months, driven by growing public interest and passionate NGO advocacy. Civil society groups like Healthserve and TWC2 have made news with thoughtful and strategic campaigns, and creative efforts by individuals and arts collectives to foreground migrants’ stories have captured the public eye. On their part, mainstream news outlets have increased coverage of various initiatives to support migrant communities, while bold visual statements at last year’s National Day Parade spurred on the conversation.

These representations are a step in the right direction. But they draw, by and large, on a familiar trope in public discourse: the figure of the migrant labourer, or as (s)he is known to most Singaporeans, the ‘foreign worker’. Though the nexus between citizenship and labour can be an evocative one when pushing for better legal protections, a narrative that focuses squarely on migrants as ‘workers’, however well-intentioned, may be detrimental in the long run. Instead, promoting more nuanced portrayals of migrants could form the basis for more thorough and far-reaching policy change.

Three concerns arise from seeing Singapore’s migrants solely in terms of their labour. The most immediate of these is that migrants will be taken to belong here only by virtue of their contributions to our workforce. From this utilitarian perspective, any protections they enjoy – from a right of residence to their access to justice – will be tied directly to the value of their labour. In some ways, this is already apparent in our immigration system. Sociologist Shirley Sun has documented, for example, how our ‘bifurcated’ policies differentiate between “higher-skilled and better-educated foreigners” (with Employment Passes), and “low-skilled contract labour” (with Work Permits). It is also apparent in our employment practices: migrants have often been repatriated as soon as their contracts are terminated, or as soon as serious injury leaves them unable to work. Such practices, which prevent migrants from developing substantial ties to our society, and leave them doubly vulnerable to the job market, are premised on the idea that they only ‘earn’ their place here through the value of their work.

But there are other concerns too. Focusing narrowly on migrants’ identities as ‘labourers’ makes us buy into the myth of ‘labour migration’, by assuming that migrants move freely in search of work. In reality, migration is better understood as the product of various ‘push’ and ‘pull’ factors, many of which can be against an individual’s will, or even detrimental to their well-being. As I’ve written elsewhere, seeing migration as a free and personal choice overlooks the deep-seated drivers of displacement – such as poverty, persecution and prejudice – that are at work in the region. Though not all who find work in Singapore consider themselves ‘forced migrants’, the lack of regional frameworks for the protection of asylum-seekers means that some who are forced to leave their homes turn to low-wage labour to secure residence overseas. Other researchers illuminate the ways in which agents incentivise vulnerable persons to migrate, leaving many in the dark about the risks they face, and heavily indebted to dishonest brokers. Assuming that all migrants arrive of their own accord to seek work and “support their families back home” can easily obscure the difficult circumstances surrounding these decisions.

Finally, seeing migrants through the lens of labour prevents us from taking the full complexity of their lives into account, meaning that they are more easily stereotyped or ‘othered’ in the public imagination. Commentators have pointed out how our ignorance of migrants’ lives outside the realm of work has limited us to “perfunctory attempts at empathy”. There’s a more disturbing dynamic here, too. As political scientist Kenneth Paul Tan contends, migrants are construed as ‘folk devils’ in popular discourse; turned, as it were, into the focus of heightened public concern (‘moral panic’) over their habits and preferences. This plays out, for instance, in their love lives. Since migrants’ lives are presumed to revolve around work, many employers respond with outrage and suspicion when they discover employees’ romantic relationships. On the state’s part, a strict marriage restriction policy (with close surveillance over the bodies of foreign domestic helpers) both expresses and compounds this form of moral panic. Beyond the harsh personal scrutiny, dynamics like these – which regard migrants’ relationships, opinions and interests outside of work as illegitimate or dangerous – feed into stereotypes of gender, race and culture that already complicate perceptions of Singapore’s ‘foreign workers’.

These concerns reflect how a one-dimensional view of Singapore’s migrants is detrimental to their well-being, as well as our efforts to secure better protections for them. In the bigger picture, however, the trope of the ‘foreign worker’ is also counterproductive for long-term inclusion.

A recent example is instructive: to mark International Migrants’ Day in 2016, the Ministry of Manpower shared an album to its Facebook page entitled ‘Unsung City-Makers’, a tribute to the “foreign workers who left their homes to help build ours”. Subsequently, these photographs became the focus of news articles celebrating the contributions of “migrants who literally built the Singapore of today”. Heart-warming as they may be, such gestures of recognition can only incorporate migrants superficially into our nation-building story, without either the lasting protections or sense of belonging that substantive membership would entail. A feel-good narrative in which ‘they built our nation’, after all, reinforces the idea that ‘they’ ultimately belong elsewhere – and that ‘our nation’ cannot also be ‘theirs’.

Worse, this narrative can easily be turned on its head. As Terence Chong, Deputy Director at the ISEAS-Yusof Ishak Institute demonstrates, it is in fact the “steady discourse of survivalism”, so central to Singapore’s ‘Third World to First’ narrative, that has provided “fertile ground” for anti-immigrant anxieties in recent years. Especially with mounting economic pressures, and the widespread perception that migrant labourers are in direct competition with locals for job opportunities (not to mention depressing take-home wages), it is precisely migrants’ economic contributions that Singaporeans are likely to find threatening: hardly a promising basis for integration and mutual understanding.

What, then, is the alternative? As 2018 drew to a close, I had the joy of helping out at the inaugural Global Migrant Festival, a weekend of discussions, performances and film screenings initiated by the arts organizer and travel writer Shivaji Das. Not only were many of the sessions spearheaded by migrants as panellists and performers (the keynote address was given by Windu Lestari, who works as a domestic helper), it was also refreshing to see Singaporeans and migrants sitting shoulder-to-shoulder in the audience, and to hear participants referring to each other as ‘brother’ or ‘sister’, regardless of where we were from or what we did for a living. Clearly, a two-day festival can hardly be expected to shift a national conversation. But events and platforms like these point us a way forward.

It will remain crucial to advocate for safe and decent workplaces for locals and migrants alike. Abuse and coercion have no place in Singapore, and security at work can go a long way in allowing people to lead dignified lives. Infringements of these principles can and should be reported: doing so signals to the authorities that humanitarian considerations must supersede employers’ interests. Nevertheless, advancing a more humane discourse of migration – and according the migrants in our midst the respect they deserve – will take much more than that. As concerned citizens, we should put our weight behind civil society groups that foreground migrant agency, by placing their choices and voices at the heart of any interventions or campaigns. Better still, those in the position to do so should work directly with migrant communities, enabling them to organize their own events, tell their own stories, and develop a vibrant social and cultural life in this city. As the philosopher Joseph Carens argues, it is one’s “social membership” in a community (consisting of the social ties forged with neighbours, friends, and institutions) that grounds one’s moral claim to political membership and its protections.

Any comprehensive change in Singapore’s policies towards migrants would take no small feat of popular consensus and political will. It is almost certain that work (and the country’s economic objectives) will remain the prism through which the state engages with migrants in time to come. Still, there is considerable leeway for policymakers to shift the narrative, while advancing policies that prioritize and safeguard the human security of those who labour here. Ahead of International Migrants’ Day in 2018, the Ministry of Manpower’s featured a very different campaign from the one in 2016, involving a group of youth who helped to paint a wall mural in a workers’ dormitory, getting to know the migrants who lived there in the process. The emphasis this time was no longer on work, but on the shared living-space of the dormitory, and on building “mutual appreciation, trust, tolerance, and respect”. An understated shift in messaging and tone, perhaps, but a promising one.

Until we shed the presuppositions about labour that so heavily colour our perceptions of migrants, it will be difficult to extend true empathy or hospitality towards them, and even more difficult to achieve inclusion and diversity in the long run. Even if national decisions about immigration continue to revolve around their place in our workforce, we can resist in daily life and discourse the idea that migrants are solely – or even primarily – economic agents. In doing so, we choose to relate to migrants as individuals whose lives are as full and fraught as our own: a firm foundation, if any, for shared belonging.

Theophilus Kwek is a writer and researcher in issues of migration and public policy. He holds an MSc in Refugee and Forced Migration Studies from Oxford University, and is passionate about making our society more open and humane.