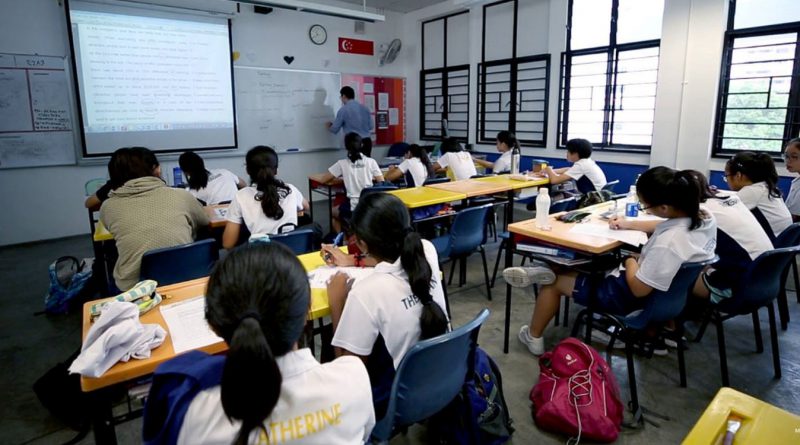 Rising social stratification in Singapore is a concern that has surfaced frequently in recent public discourse. Relatedly, there has been increasing attention on the education system – in particular, the notion of an “elite” versus “neighbourhood” school divide.

This divide is acknowledged by the Ministry of Education. In May, Education Minister Ong Ye Kung noted that “some schools, due to their history, culture or programme offerings, have large proportions of students from higher income groups”.

While the challenges associated with educational stratification have been duly acknowledged by the government, the idea of “elite” and “neighbourhood” schools need to be further fleshed out. These concepts are often bandied about in public, yet, insufficient attention has been devoted to understanding how these labels came about, and what is meant by them.

In a widely-shared op-ed written for The Straits Times, Nanyang Technological University (NTU) Associate Professor of Sociology Teo You Yenn referenced the divide, noting the “intense discussion about elite schools” and advising against “obsess[ing] over Raffles Institution (RI) or other schools deemed elite.”

Absent from Professor Teo’s incisive article was an explicit attempt to quantify what made a school “elite”, although the concept featured prominently in the piece. This could reflect a broader assumption often made in such discourse – that there is a tacit, shared and universal perception of what construes an “elite” school amongst Singaporeans.

More Than Just a Name?

Understanding the psychology behind these labels can help to more accurately structure current discourse on educational stratification. By identifying the different types of privileges that the “elite” school label carries and examining how these manifest and operate, better-targeted policy remedies can be proposed.

Putting aside tangible material or economic privilege (which has been the main focus of ongoing discourse) for purposes of this analysis, a degree of normative privilege appears to be afforded to “elite” schools, which manifests as follows:

This pride and prestige feeds into a self-perpetuating culture of exceptionalism. Because many Singaporeans often subconsciously acknowledge such “elite” school exceptionalism as being validated by exceptional scholastic or co-curricular achievement, these labels translate into broader social capital, helped by an overriding faith in Singaporean meritocracy and the high achievement levels of these schools within highly-institutionalised and historically narrowly-defined reward mechanisms (such as Government scholarships). Institutionalised meritocracy has created a common market in which school “eliteness” (and expectations of achievement) exist as a currency of social capital (to continue the analogy).

Arguably, school names can also be sources of normative privilege in themselves. Examples of school names that convey prestige include those drawn from individual legacies (e.g. Raffles Institution), religions (e.g. Convent of the Holy Infant Jesus schools) and diasporas (e.g. Singapore Chinese Girls’ School). These are all emotive themes that imbue an innate sense of purpose and belonging, regardless of economic and material factors.

Take naming schools after saints and religious orders – these often mark a school founded as part of a religious project and sustaining a religious legacy, with the implicit endorsement of religious authorities. Religion is a fundamental part of how adherents construct their identity and an important source of solace. A mission school, like CHIJ St Nicholas Girls’ School, can be construed as an institution that facilitates this shared devotion and search for meaning. Even an expressed commitment to secular education cannot erase the shared religious conception intrinsic to mission schools’ names from which prestige and pride arises.

There is an additional subconscious assumption: anything contradicting the values these names connote would likely be met with strong protest from the loyal, tight-knit communities they draw their names from. That they have survived so long with these names unscathed may be perceived as testament to the schools’ success as symbols of the causes embedded within their names.

Conversely, a “neighbourhood” school is likely or widely held to be one with a name with little to no such normative privilege. For the most part, “neighbourhood” schools are named after the location in which they are situated. Instead of appealing to emotive themes, their etymology signifies their implicit purpose as one of mere utility and convenience.

A School by Any Other Name would Smell as Sweet

Public discourse often focuses on the material inequalities between “elite” and “neighbourhood” schools. However, debates in this realm tend to ignore how school naming processes have contributed to which schools are deemed “elite” and which others “neighbourhood”. Arguably, these labels, which tend to be visible and visceral, could contribute more than material inequalities do to a sense of differentiation and social hierarchy in our education system.

In framing the “elite” and “neighbourhood” debate this way, policymakers can focus on tweaking existing policies that serve to entrench such normative privilege. For instance, the affiliation system that allows schools to set lower entry requirements to schools with a shared lineage from some cause (be it legacy, religion or diaspora) could be seen instead as a perpetuation of normative privilege. It encourages exceptionalism within the “family” of schools since they adhere to a different set of rules, without any obvious improvement to educational outcomes, access or inclusivity.

Policymakers and academics would do well to acknowledge the normative privilege that is reflected in the “elite” school label and in certain school names, and explore in a deeper way how these names and labels have become entrenched in Singaporeans’ subconscious. In doing so, the Ministry of Education and other government stakeholders would be better-equipped to tackle not only material inequalities associated with education, but also the no less harmful normative privilege inherent in “elite” school names that entrenches yet another form of stratification in Singapore.

[1] A research monograph by the Singapore Children’s Society categorised “elite” and “non-elite” schools based on institutional structure (independent school, Special Assistance Plan schools, etc.) for its analysis, which divorces evaluation of school prestige from the rich, normative language imbued into school names – that this op-ed aims to highlight as a source of visceral perception.

Tay Hong Yi is currently a sophomore reading politics, law and economics at the Singapore Management University. His interests include education policy, urban sociology, jurisprudence and, more generally, sticking his fingers into more pies than he should.