Home > Environment > Mounting a Response to Physical Inactivity, Two-Wheels at a Time 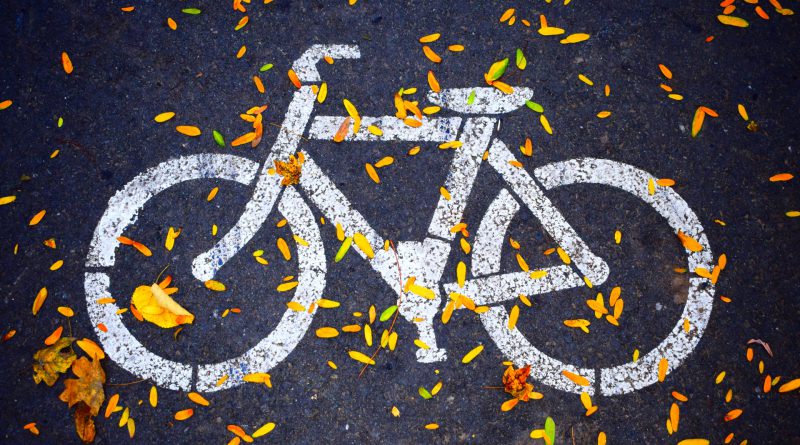 Some love it, others hate it. No, I am not referring to Crazy Rich Asians or Nas Daily’s vlog on ‘the almost perfect country’, but to bike-sharing in Singapore.

The entry of bike-sharing companies into Singapore’s already compact urban space last year met with backlash on improper parking and conflicts on right of way, with the recent botched exit of oBike generating its fair share of controversy. However, continued support for these services along with policies to increase bike usage and infrastructure could be key to tackling a major health issue that Singapore should be increasingly concerned with: physical inactivity.

Globally, physical inactivity has been named “the biggest public health problem of the 21st century”. The World Health Organization reports insufficient physical activity as “one of the leading risk factors for death worldwide” and “a key risk factor for noncommunicable diseases (NCDs) such as cardiovascular diseases, cancer and diabetes.”

For Singapore, the economic burden of physical inactivity makes it doubly threatening, especially as our country tries to raise declining productivity growth. A global analysis of major non-communicable diseases found physical inactivity to be responsible for “INT$13·7 billion in productivity losses: in 2013, with “high-income countries [bearing] a larger proportion of economic burden.”

And physical inactivity is a large health problem in Singapore. A 2015 study of 894 university students in Singapore classified 42.1% as having ‘low’ physical activity, defined as not meeting “5 days of moderate-intensity activity or walking of 30 min/day” or a comparable amount of low- and high-intensity activity. One might imagine the onset of physical inactivity for many occurs after secondary education, as various controlled dietary and fitness programs come to an end. However, a more recent study in 2018 on the effectiveness of the school-based fitness and wellness programme on adolescents reports otherwise, suggesting it is “ineffective in influencing the diet quality and physical activity levels of Singaporean male adolescents with low diet quality and physical activity levels.”

These reports are alarming as various health educators find that childhood patterns of behaviour tend to carry over into adulthood. Physical inactivity, especially in adolescence, also significantly predicts physical inactivity in adulthood. On the flipside, focusing efforts on increasing physical activity in childhood and adolescence can have similar compounding and long-lasting effects. Enter biking.

Regular physical activity of 30 minutes a day, such as biking, has been demonstrated to lower the risk of: recurrent breast cancer by ~50%, colon cancer by >60%, developing of Alzheimer’s disease by ~40%, heart disease and high blood pressure by ~40%, stroke by 27%, and developing type II diabetes by 58%. It is also twice as effective in treating type II diabetes as the standard insulin prescription and as effective as drug or behavioural therapy for treating depression.

Biking is an especially good choice of regular physical activity for four reasons. First, biking is low impact, causing less strain and injuries than most other forms of exercise. Second, it is a well-rounded activity, using all of the major muscle groups and training stamina, strength and aerobic fitness. Third, it is easy. Biking does not require high levels of physical skill or special equipment and spaces, its intensity can be controlled, and it is hard to forget once learned. Lastly, it is efficient, replacing sedentary time on motor vehicles or public transport with healthy exercise.

Moreover, increased bike use has a slew of ancillary public health benefits. By displacing cars and buses for transportation, bicycles reduce air and noise pollution, as well as greenhouse gas emissions. These benefits accrue not only to bikers, but to Singapore as a whole. Eliminating air pollution would reduce respiratory related health problems. Reducing noise pollution would lower stress and anxiety. Decreasing carbon emissions combats climate change, which has various mid- to long- term downstream health consequences such as an increased prevalence of natural disasters and vector-borne diseases. Biking also creates a sense of community, and can help older people avoid isolation, as well as a gamut of other economic, social, and environmental benefits.

For these reasons, and given the timely growth of bike-sharing fleets around the country, biking should be encouraged in Singapore, especially among the younger generation. There are, no doubt, teething problems with implementing bike-friendly policies, as with anything new. We must figure out how to ensure the increased number of bikers and bikes do not inconvenience or harm pedestrians and drivers. We must hold bike-sharing companies accountable to their users and to the public spaces their businesses run in. But most of all, we need to continue forging ahead for a bike friendly future to achieve a healthy Singapore.

So, what can be done? We can further promote the use of bikes with bike education programmes, as well as simply by increasing bike-infrastructure such as bike lanes and parking spaces. There can be incentives for using bikes as a primary mode of transport, similar to what the Health Promotion Board is doing with the National Steps Challenge. Schools can indent additional time to allow student bikers to travel to school and shower before classes starts. Families can invest in a bike to be shared amongst themselves or start of tradition of biking as a bonding activity.

We could all be a little more patient with the teething problems with bike-sharing and bike infrastructure that has not caught up with it yet. The best part is, the more bike-use is increased, the more it will make sense to develop bike-infrastructure, leading to even more reason to bike, creating a positive feedback loop that makes it easier for biking, and by extension, a healthy dose of regular physical activity, to proliferate over time. Let’s get rolling!

Jerald Lim is a Psychology major at Yale-NUS College in Singapore with a passion for public health and sustainability. More of his writing can be found here.