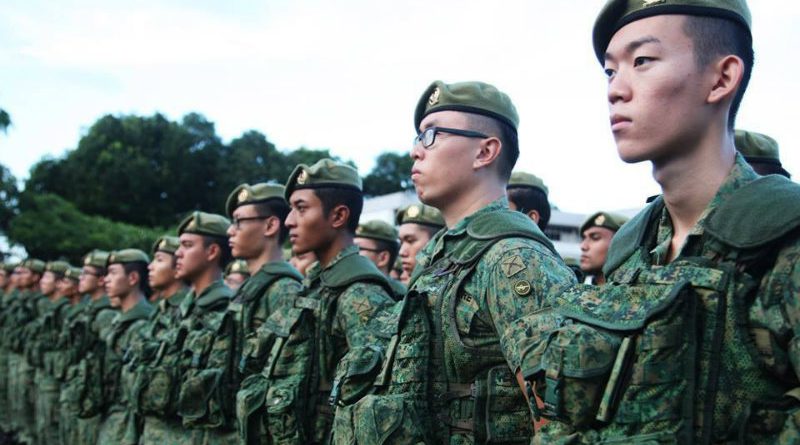 The raison d’etre for the SAF and Home Team is very clear: to ensure the peace and security of Singapore. Beyond this clearly-stated defence mission, there is scope during peacetime to go beyond such thinking,[1] because of National Service’s (NS) unstated social mission of nation-building. The late Dr Goh Keng Swee said it as such in 1967:

‘There is another aspect to our defence effort. This is a contribution it can make to nation-building…’

Singaporeans acknowledge this too; in a survey done in 2013,

‘Singaporeans see National Service as fulfilling a social mission beyond its defence mandate.’

There is room for us to conceptualise a more holistic role which the SAF and Home Team can play in relation to nation-building. Both organisations should not be seen as standalone institutions but instead as agencies that are part of the larger government machinery pursuing national goals, in the spirit of a whole-of-government approach.

Detractors might immediately argue that both the SAF and Home Team were not set up to be social agencies, tasked to bring up boys when the education system fails. I agree – the sanctity of the SAF’s and Home Team’s stated mission must be maintained, and all other goals should be subsumed under this. However, this main goal does not preclude the pursuance of other goals.

Why Should We Do This?

In times of need or perceivable threat, it is easy to get buy-in for NS from the populace. But in our current seemingly peaceful situation, consistently maintaining high levels of commitment to defence (C2D) and commitment to NS (C2NS) is a challenge. Although C2NS is said to be high in the last publicly known survey, this is not a given and can always degrade. Further, despite high C2NS, a latent dissatisfaction towards NS persists. It is common to hear complaints about NS being a waste of time, and how performing seemingly mindless tasks “causes people’s intellect to ‘degrade’”. Should these complaints persist, C2NS may diminish over time as more people see no value in NS and become disillusioned with it. ‘Duty, honour, country’ might sound very inspiring in films, but it might be too abstract for people to relate to in everyday life. In a pluralistic society where everyone prioritises different ideals, these overtly-patriotic principles may, understandably, not resonate with every enlistee. Perhaps then, a way to bring it to a more accessible level is for people to find that they are personally benefiting from it and feel that the time spent was worthwhile. This then makes it easier for Singaporeans to see the continued relevance of NS to their lives and to continue supporting it.

The notion of value-adding is not new. It is common to see NSFs and parents alike reflecting that they (or their sons) grew and became more independent and mature. In fact, the term ‘from boy to man’ to describe NS is an unstated recognition that the NS experience develops someone. The Singapore Army also once had an advertising tagline: ‘Every soldier a leader’ – meaning that soldiers, regardless of rank, are expected to step up and lead his peers as the occasion calls for it. Imbued in this is the expectation that the training provided has sufficiently developed soldiers – if this is not personal growth, what is? Further, the ongoing efforts by the Advisory Council on Community Relations in Defence (ACCORD) or 2014’s Committee to Strengthen National Service (CSNS), which work to provide feedback to improve our existing national defence and NS systems, are laudable and help add more value to NSFs’ experiences.[2] This article’s proposed peacetime value proposition will build on these current efforts and take it one step further.

Given that the notion of value-adding is not new, the first step to implementing the proposition is to codify the idea that NSFs experience personal growth during NS. The codification serves as a basis for the SAF and Home Team to devote resources and develop frameworks to actualise the goal, which can be done through a variety of different ways; one example could be to help NSF identify transferable skills to burnish their resume. For example, an enlistee might be tasked to revamp the enlistees’ mess, and this will involve consultations with the whole company, liaisons with suppliers and negotiations with superiors. This can be identified as an experience in project management. Codification will help people become conscious of how NS has value added to their lives and give them a way to articulate the ways NS made a difference in tangible terms.

The proposition can also complement current SAF measures to make them more effective. For instance, SAF introduced a framework known as the Action Learning Process (ALP) to build a learning organisation. However, not many servicemen internalised these skills to apply them outside of the military. An institutional emphasis on personal development could alter and improve the approach and conduct of ALP. This has the potential to benefit many more, beyond a ‘learning SAF’.

Another aspect of actualising the proposition could be for SAF and Home Team to align more closely with the government’s wider push for lifelong learning. A case in point: the e-PREP scheme, which all NSFs with one year left in his service duration are eligible for. The e-PREP scheme allocates $350 worth of credits to every NSF to use to pay for courses (up to a maximum of 90% subsidy). The goal of this scheme is to help NSFs upgrade themselves and transit back into working or schooling life – very similar to SkillsFuture, which is to make it easier for one to take the step forward in upgrading oneself. However, the e-PREP credits expire one year after the NSF ORDs and the range of courses is less extensive. Given that MINDEF and MHA are prepared to spend $350 on every NSF, would it not be better to align this scheme with the national SkillsFuture scheme? This can be done by allowing the e-PREP credits to be used in the range of courses available in the SkillsFuture scheme, or by doing away with the expiry date of the credits. These would better incentivise NSmen (having ORDed) to sign up for courses.

Is it Worth it?

Amidst tightening budgets, venturing into an area beyond the traditional remits of defence and security might seem counterintuitive. Indeed, any attempts to do anything more or to synchronise internally-managed policies with those of the wider government will require more administrative work and more resources. Additionally, the returns on investment might be limited, given that the duration of NS is two years. Nonetheless, as mentioned earlier, In the spirit of a whole-of-government approach, it would be worth measuring returns not just by immediate and limited terms within the domain of defence, but also by a broader matrix that accounts for the tangential benefits offered to other ministries (and indeed, the nation-building effort as a whole).” Echoing the notion of Michel Foucault’s ‘Disciplinary Institution’ – although in a more positive spin – the two years of NS is actually the government’s last window, after primary and secondary education, where it still has sizeable influence over its citizens’ daily lives. If this influence is used well, it can help lay a strong foundation for society at large. Consequently, the horizon of such endeavours should not be limited to the immediate returns but be seen as a long-term investment with future returns.

The idea that NS value-adds to NSFs’ lives is not new. Even official documents use the term ‘value proposition’. What can be done is to codify this long-held notion and make it official. This could help in fleshing out the intrapersonal value and benefits of serving NS and hence play a part in strengthening the NS system and C2D, which thus reinforce the original goal of NS: national defence.

Ng Paul Seen is a Singaporean final-year student pursuing a B.A. in War Studies and History at King’s College London. He is interested in defence matters and during his NS days, he tried to live by the motto of adding value to his men’s lives.

[1] Practitioners might dispute the notion of Singapore experiencing ‘peaceful’ times now, but this article will take the view that it is ‘peaceful’ in the absence of war.

[2] Proposals include improving a servicemen’s Certificate of Service (COS) to highlight the competencies and skills he gains during his service, so that they become more employable.