Home > Criminal Justice > 377A: Why ‘Waiting’ is a Lazy Excuse for Inaction 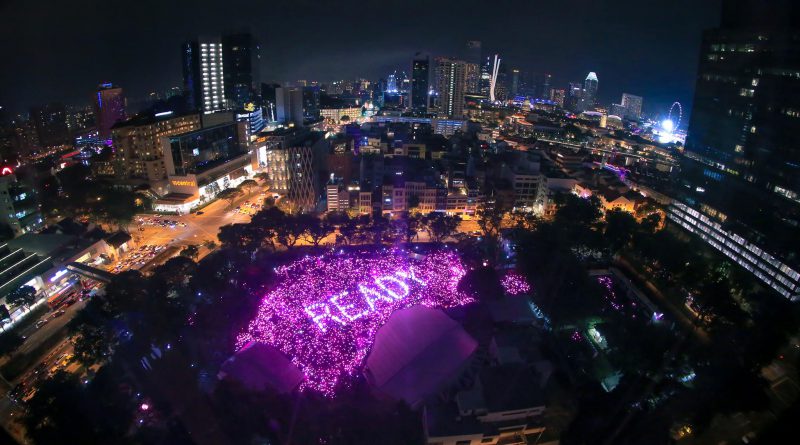 “My personal view is that if I don’t have a problem, this is an uneasy compromise, I’m prepared to live with it until social attitudes change.” – PM Lee, March 2017

The metaphor of ‘waiting’ has often been invoked as a justification for keeping Section 377A of the Penal Code, which criminalizes homosexual sex between males. From the government’s vantage point, such an ambiguous stance appears deliberate, and strategic. ‘Waiting’ for ‘society’ to be ‘ready’ allows the government to appear responsive to calls for equality, while also avoiding antagonizing those who oppose change.

Yet, ‘waiting’ also suggests that the issue of criminalizing homosexual intercourse carries no normative and moral weight, and ignores the fact that the law is blatantly discriminatory. The freedom to choose whom we have intimate relationships with should not be policed by the state, and religiously-informed ideologies of morality should have no place in a secular constitution. ‘Waiting’ also suggests that the role of the government is that of a passive force reacting to ‘society’, rather than an active arbiter of justice and equality. This assumption is clearly false in Singapore. Normative values in society do not exist in a vacuum – outside of religion, what appears to be ‘legal’ as defined by the state also plays a direct role in shaping normative values.

Take the case of chewing gum, for example. While there was significant controversy when the ban was first introduced in 1992, most Singaporeans today accept this as a completely reasonable policy, having been convinced of such by the government. Thus, ‘waiting’ itself reflects a paradoxical conundrum, in which inaction is in effect actively shaping the next generation’s moral inclinations. Rather than a timid, ambiguous response that minimizes the risk of losing political capital with a vocal section of society, the Singaporean government should have more moral courage in making decisions that may be unpopular with part of society, but are ultimately right (borrowing the oft-invoked phrase of ‘Government has to do what is ‘right’, not what is popular).

Indeed, the government has not hesitated to impose its moral values upon society from the moment Singapore attained self-rule, with examples ranging from discouraging men from having long hair, to pushing for a proudly multiracial and multireligious society through policy interventions like the HDB ethnic quota system, to punishing male NS-liable Jehovah’s Witnesses for their pacifist religious beliefs.

For those in support of repeal but who hold back because the ‘majority’ does not appear to support it, a preference for waiting is often based on the assumption that majority support to repeal 377A will naturally be attained with time. This could be based on the premise that a generational divide seems to exist in attitudes towards 377A, and thus, waiting for the older generation to lose voting power and be replaced by a more progressive young generation would set the stage for an easy repeal. In this ideal scenario, the government would be able to repeal this archaic Victorian-era law with minimal risk of losing political capital, while acquiring political capital with supposedly progressive millennial voters.

Yet, it is not clear at all that support for 377A repeal will naturally continue to rise. Further inaction by the government could simply lead to a more polarized society with hardening of opinions on both sides, including among the youth in each camp, potentially radicalizing both the pro- and anti-377A repeal groups in an ever-more acrimonious debate that poisons society through time. Instead of ‘waiting’ for the ‘majority’ to be ‘ready’, this group of silent pro-repeal citizens should proactively make their voices heard, since there is no proof, short of a referendum, of where the ‘majority’ really stands on the issue. As many others have pointed out, repealing the law is not equivalent to supporting LGBTQ rights, and advocating for repeal does not make you a ‘LGBTQ activist’. Even if one privately supports repeal, continuing to remain silent is equivalent to implicitly supporting 377A, since the ‘silent majority’ argument is constantly trotted out to explain our current state of present-but-not-enforced legal limbo.

We should also question what we mean when we carelessly invoke ‘society’ and ‘readiness’ as matter-of-fact reasons that explain why 377A should remain. Who do we mean by ‘society’, when we claim that ‘society’ is not ready? ‘Society’ is not a homogenous bloc of individuals: it consists of multiple, overlapping groups of people. Depending on various groups’ strengths of conviction, and where individuals are located within these groups, attitudes towards 377A vary privately between individuals, and are publicly expressed with even more variation. We tend to confuse ‘society’ with communities that are more vocal in articulating their positions on 377A, without thinking about how most other communities are simply ambivalent about this issue. Forced to take a side, they might have marginal preferences for one over the other, but may not necessarily mobilize to campaign for either position.

‘Readiness’ also suggests that the government has some sort of magical barometer that is able to determine when exactly society is ‘ready’. Yet, it remains unclear to the public what a ‘ready’ society would look like, and how the government would assess it. Would it be based on the size of the Pink Dot crowds, growing every year? Social media posts in self-selecting echo chambers? Or public opinion surveys, which could yield different results, depending on how questions are phrased, who is sampled, how they are chosen, and the survey’s timing? Will the government continue ‘waiting’ forever as faith groups continue to grow more vocal in mobilizing supporters for their course, and even harden their stances in response to LGBTQ activism, as in the case of the Wear White movement?

Of course, this entire article is premised on the assumption that the government is the primary agent of change. In Singapore’s context, where civil liberties are curtailed and where civil society is arguably growing but not yet mature, the government continues to play an outsized role in setting the boundaries of what is even open for discussion, and in policing the boundaries of acceptability within each specific topic of discussion. (Whether this should be the case is a different issue altogether; one for a separate article to evaluate.) My purpose in pointing out the primacy of the state in making choices is to demonstrate how the State actually has significant power in shaping discourse on this issue or simply repealing 377A, and ‘waiting’ is equivalent to implicitly sanctioning what many public intellectuals like Professor Tommy Koh argue is antiquated law. Even if the law is not actively enforced, it sends a strong signal to society that homosexuality should be discriminated against.

The government may be wary about risking political capital on this issue, prizing its standing with conservatives over the benefits of repealing 377A. However, while these benefits of repeal could be substantial (including bolstering the consistency of law, reducing the outflow of LGBTQ people from Singapore to greener pastures, gaining an economic gay dividend associated with being more attractive as an open global city, and earning international praise and recognition for being more liberal by granting LGBTQ rights), there is a more important reason that the government should act. It is the fact that on fundamental issues of discrimination against minority groups, moral courage should replace the ideology of pragmatism in guiding state policy.

Still, even if pragmatism continues to guide the government’s response, all is not lost for supporters of repeal (though we should recognise that describing human rights issues with utilitarian vocabulary is problematic). Public attention on this law has waxed and waned in response to larger, often external forces, and we should pay attention to the particular moments of opportunity that arise and junctures where advocacy and action has multiplier effects. Now is a prime example. In this case, India’s repealing of 377A and Professor Tommy Koh’s comment were critical triggers in reigniting public debate. The issue of framing is also paramount in shaping public opinion – in India, the step to repeal 377A was celebrated as ‘decolonization’, while earlier attempts to repeal the law in another former British colony, Australia, were positioned as ‘marriage equality’.

For those of us who believe discriminating against a minority is wrong, fighting for marriage equality may be a long and seemingly impossible task right now, but repealing an antiquated law is a more moderate position that will be able to unify a broader public. Indeed, given the heterogeneity of the pro-repeal community (many members of which are undecided on whether legalizing gay marriage would even be desirable, even as they agree 377A should be repealed), such a debate is decades away, for better or for worse. The question immediately before us, however, has a clear answer independent of further debates over gay rights. Criminalizing homosexual sex between men is discriminatory, undermines the rule of law, and has no place in a secular society where minorities are guaranteed rights even if a majority disagrees. That something is a sin under certain religions is no basis for setting secular criminal law. Decriminalizing homosexual sex does not infringe upon the rights of freedom of religion.

At the end of the day, I want to live in a society where we can live up to the Pledge’s aspirations of justice and equality; where my sexuality is not policed by the state and society; and where openness, tolerance and compassion are the reigning values of the day. I am ready for repeal. Are you?

Poh Yong Han is a junior (third-year undergraduate) at Harvard University concentrating in Social Anthropology and East Asian Studies. She would like to thank the attendees of the discussion “377A: Repeal or Remain?” held by the Singapore Policy Journal on 27 September 2018, some of whose views have been incorporated into this piece.