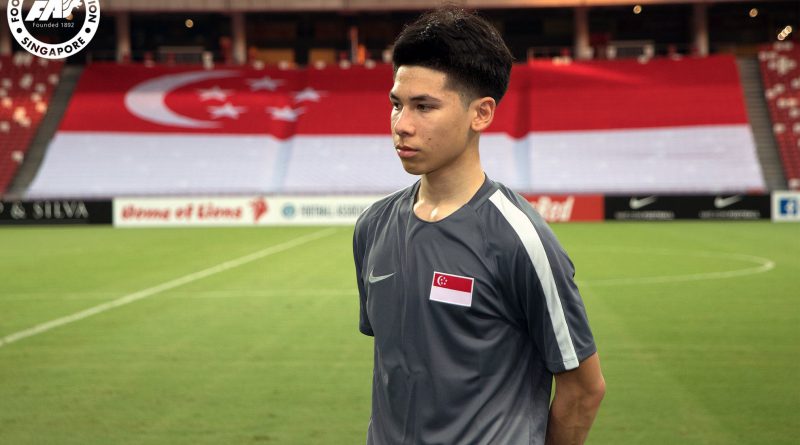 The recent and ongoing online furore over the Ministry of Defence’s (MINDEF) rejection of Singaporean footballer Ben Davis’s application for deferment of National Service (NS) came right as the 2018 FIFA World Cup reached a crescendo. The timing could hardly be worse for MINDEF or better for the Davis family and Ben Davis’s dreams, by sparking a public outcry largely in their favour. We saw Iceland, an island nation with a population of less than 350,000 people, not just qualify for the World Cup but stand tall against such footballing giants as Argentina. We saw Croatia, a nation of 4.3 million, fight with grit all the way to the World Cup Final, and despite losing to France, lay claim to being the better team in the final match. Naturally, we in Singapore could not help but ask the usual questions about why our own national football team has such an abysmal record despite monetary support and Government efforts to strengthen our national team. If Iceland and Croatia can do it, why not Singapore, a nation of 5.6 million? Part of the answer, perhaps, is a lack of flexibility in our National Service policy for exceptional talents who might represent Singapore on the world stage.

Ben Davis, of course, is not (yet) Kylian Mbappé, the 19-year-old French superstar; nor does one man make a football team (as Lionel Messi and Argentina proved at this World Cup). Nonetheless, Davis’s situation shines a spotlight on a perennial source of frustration for Singaporeans – and is one that, if resolved, could boost us on the world stage.

Taking A Leaf From The French System?

Deputy Prime Minister Tharman Shanmugaratnam, in his inspiring post about how the French achieved their victory at this World Cup, pointed to lessons we can take from France’s win, writing that “… it shows what is possible when a leaf is taken from the French football system, and every young person is encouraged and supported in developing his or her strengths.”

Sadly, right now, we follow this only when it comes to individual Olympic sports, and not team sports – let alone other talents like music. In an attempt to set principles rigidly and clearly so that people cannot escape NS, MINDEF requires that “[i]n sports, deferments are granted only to those who represent Singapore in international competitions like the Olympic Games and are potential medal winners for Singapore”.

Unfortunately, these attempts to rigidly follow principle are self-defeating. When our supposedly set-in-stone, unbending principles are pitted against the real world and its complexities, it turns out these principles can only be applied selectively, and in a manner that can be unfair, myopic, and ultimately, to the detriment of Singapore’s national interests.

In allowing some top athletes to defer NS, we have shown that we recognize the value of sporting success at the international level. Yet the tragedy of insisting on rigidly following clear principles means that almost no individual footballer would ever be considered good enough to meet MINDEF’s requirement for NS deferment. After all, not even such an outstanding talent as Lionel Messi could power his Argentinian team beyond the Round of 16 in this World Cup. The same is true of any other team sport. When each talented athlete is necessarily rejected since they, alone, could not be good enough to make the cut, a strong squad can never begin to be built. The current criteria to allow NS deferment thus hinders our ability to succeed in team sports.

Some have argued that we are making a mountain out of a molehill: that Davis is no Messi or Mbappé; and that deferment for 2 years is hardly career-ending. Unfortunately, these arguments do not stand up to scrutiny. In arenas such as music or sport, missed opportunities may never return: Ben Davis will be unable to go to Fulham after NS if he gives up on this chance. How are we ever to know his full potential if he gives up crucial formative years of his career from 19 to 21 to serve in NS? If we do not let our talented youth go overseas to the biggest stages of the sport to develop their skill and get better in their prime, if we do not start with even just one player, where will we ever begin?

In these arenas where age can be critical and important opportunities are ephemeral and easily lost, it is important for us to introduce flexibility into the system. Not all careers fall into this category: accounting or scriptwriting, for example, can more easily be postponed or have replacement opportunities than grab-it-or-give-up chances like participating in the Asian Youth Orchestra or joining Fulham in the English Premier League (EPL). Furthermore, some activities like music and sport require years of diligent training before full flourishing can be achieved. When we demand assured excellence from the start, when we demand those with talent be obvious world-beaters by the age of 17, we prevent many potential greats from ever going out to make it big on the world stage. Like our NS deferment rules, our definitions of success are rigid, and hinder our ability to succeed. If we want to create an atmosphere that facilitates sporting and artistic talent, we must create a policy environment that allows such risk-taking.

Moreover, if we can let Public Service Commission (PSC) scholarship holders and doctors disrupt National Service, on the rationale that it allows them to better serve Singapore upon their return, maybe we can let one of the few Singaporeans who currently has a chance at being a world-class footballer do the same. Some argue that scholars and doctors are committed to service, whereas a footballer is only benefitting himself by pursuing his career. However, this ignores the fact that service can have many different dimensions. To say that we must choose only between soccer and service to the nation is a false dichotomy: achievement on the global stage in soccer can, itself, be a form of service to the nation, and we already recognize this by allowing other athletes to defer NS. The intangible gain of having athletes we can be proud of perform at the world stage, including in top leagues like the EPL, should not be dismissed lightly, especially when we compare this gain against the temporary loss of these talents from the ranks of the SAF, SPF, or SCDF. France, despite its serious social divisions, has been bound together by its team’s success in this World Cup. Their football team has made a significant contribution to French unity and national pride.

Instead of clinging to past policy, we might resolve this issue by admitting that keeping our principles completely rigid is not always the right way to go: that with a bit of flexibility, it is possible to have heart, compassion, and let our young people flourish in their various arenas while also retaining the sanctity of NS policy. Of course, National Service must remain a crucial plank of service to Singapore: Malaysian Prime Minister Mahathir’s election and the resulting volatility in our ties with Malaysia show that the SAF is still needed as a strong deterrent to prevent our being pushed around.

Given that we already allow scholarship holders and doctors to disrupt their National Service, finishing at least Basic Military Training before going to pursue their studies, and then returning to complete NS, this disruption system can be expanded. An individual should be allowed to disrupt NS in cases of exceptional talent on the international stage in which the person represents Singapore, such as in individual or team sports, or in the arts, and in which fulfilling NS obligations during the typical period is likely to cause considerable performance decline or to otherwise hinder the person’s potential in a way that cannot be made up for in the future. Disruption would have an age cap (28, 30, or 35 perhaps, depending on what the prime years in the field are) and/or if their career in that field has ended.

This represents a more extreme departure from the current policy than former Nominated Member of Parliament (NMP) Nicholas Fang’s proposed one of allowing Full-Time National Servicemen (NSFs) to pursue sporting development while serving NS, as elite athletes could in the past. Perhaps, one reason why this past policy was changed was manpower restrictions: our pool of conscripts continues to shrink. Yet the policy I have proposed would shrink the pool only in a negligible way, especially as we are already working to leverage technology to deal with the problem of reduced manpower. As an extreme example, if there were 90 men per year that disrupted NS under this scheme, this would only amount to removing approximately one infantry company from service. Furthermore, these disruptees would come back to Singapore later to serve, so the loss of manpower would ultimately balance out.

If scholarship holders and doctors, who also serve Singapore, are allowed to disrupt National Service, it is hard to imagine a good reason why a small group of select individuals, carefully assessed for both their proven abilities and their potential, should not be allowed to do the same, in the service of our national interest. In fact, disruption of NS imposes an obligation on these people to come back to Singapore, since the existing laws governing defaulting on NS obligations remain in place. Additional clauses could, perhaps, be added, by requiring the disruptees to sign a contract obligating them or sureties to pay a large monetary penalty if they do not return to Singapore to serve out their National Service, with the exact sum to be calculated based on their earnings, so even the richest footballers would find the fine painful. If anything, allowing the most talented Singaporeans to pursue their dreams means they are not forced into choosing between Singapore and their dreams, a choice which encourages them to take desperate measures such as fleeing Singapore and defaulting on NS.

In the end, a policy of flexibility and support for our most talented people can only ever help Singapore.

Brendan Dean Zhi Min is a rising senior (final-year undergraduate) at Harvard University in the US. He supports Argentina and France at World Cups but hopes one day to support Singapore at football’s greatest stage.

Image Credit: Image by the Football Association of Singapore (FAS)