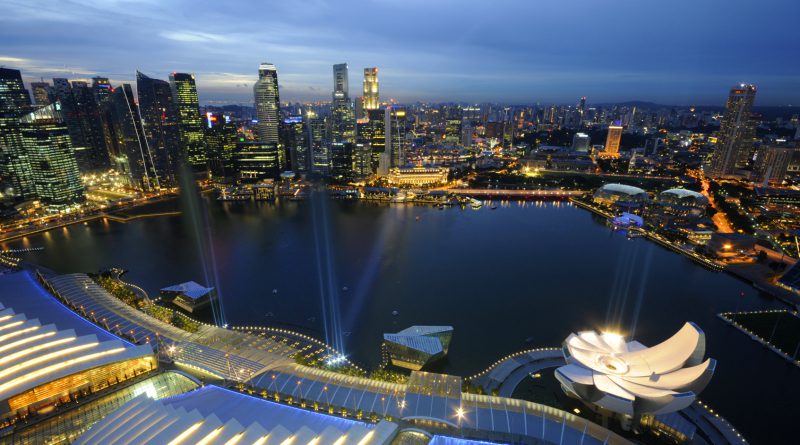 In this age of unprecedented global connectivity and access to information and capital flows, national governments, especially major powers, are increasingly found to be turning inward upon themselves, favouring protectionist measures against globalization. With the Trump administration’s pulling the U.S. out of the Trans-Pacific Partnership (TPP) and Paris climate accords under the United Nations Framework Convention on Climate Change (UNFCCC), to Xi’s stringent internet censorship and shutdown of bitcoin exchanges across China, the rise in nationalism demands us to seek alternative approaches to preserve this connectivity we currently share with one another worldwide. Amidst the ever-present dynamic of between competing national interests and universal objectives like the UN Sustainable Development Goals (UNSDG), cities could emerge as key agents leading this continued pursuit of global governance.

Cities, as administrative entities with a wider degree of economic and business autonomy from national governments, are better positioned to manage issues of global governance. With mandates bound by municipality than nationhood, cities do not necessarily have to bear the full weight of their nation’s history or take into account extensive geopolitical and security considerations. This makes them less susceptible to nationalistic sentiment and are therefore more capable of seeking out their own interests, which often include a push for greater openness. Take for example the U.S.: while Washington D.C. is its political capital, New York is the heart of its key financial institutions and San Francisco its tech ecosystem, the latter both of which support more open immigration policies not necessarily fully aligned with the incumbent administration’s stance.

In the Asia-Pacific region, we witness the same phenomenon in cities like Singapore, which presents a fascinating case where the push for global connectedness in three areas – resource sustainability, innovation and financial leadership – also advances national interests.

One key challenge facing rapidly urbanizing cities is the supply of critical infrastructure such as water. Singapore is no exception, taking the challenge of water self-sufficiency seriously as one of its nation-building priorities. Upon independence, water-scarce Singapore sought to diversify its water supply beyond existing water purchase treaties with Malaysia. It successfully created water-catchment reservoirs, undertook water recycling (NEWater) and seawater desalination. Today, clean water suitable for drinking can be accessed straight from any tap across the country.

Its efforts to share best practices in water sustainability go beyond its borders. Singapore now hosts the Singapore International Water Week to share its experiences with policymakers worldwide. It is a prime example of a city taking the lead in sharing information and solutions that address the global humanitarian challenge of providing drinking water for all – a challenge that was once also in its own national interest to solve.

Innovation is one domain that benefits greatly from the open sharing of ideas and know-how across national borders. Yet, even if national governments clamp down on such kinds of investments and technological transfers, cities have an incentive to manoeuvre their way around such measures and promote innovation to enhance their global competitiveness. Singapore has been active on this scene, adopting emergent technologies such as AI, IoT, and robotics, and in so doing, positioning itself as a nexus for open innovation in the Asia-Pacific.

Block71 is one example of a successful Singaporean start-up support initiative that has now gone global. It is home to the most tightly-packed entrepreneurial ecosystem in the world, and has now expanded to cities like San Francisco and Jakarta. Singapore’s swift leadership in shifting from a trade to innovation hub in the region through the GovTech agency and other government initiatives has led to it being ranked 1st in Asia and 7th worldwide on the Global Innovation Index. Again, we witness Singapore forging links with other global cities to spur technology adoption and innovation, keeping ties amongst the international community alive.

The rise of financial technologies like the blockchain and cryptocurrencies has posed a significant challenge to global governance. Some countries have banned these developments. Singapore has pursued an alternate pathway: by becoming more active in ensuring that regulations keep up with the times. In terms of Fintech, the Monetary Authority of Singapore established the FTIG (FinTech & Innovation Group) to maintain oversight on Fintech matters and raise issues such as introducing regulatory measures for ICOs.

Singapore has also sought to build regional links, positioning itself as the financial gateway into Southeast Asia. It is exploring new ways to simplify investment regulations, such as through the S-VACC (Singapore Variable Capital Company) legal entity. This is modelled after the Cayman-type funds to improve tax efficiency and to allow foreign funds to be re-domiciled in Singapore. By pushing for ease of investments while regulating rather than banning emergent technologies, Singapore deftly negotiates the rising nationalist trends visible in other major nations. This ensures that Singapore remains at the forefront of inbound capital flows as the tech scene in cities across Southeast Asia rapidly grow, and makes it ready to take on greater financial leadership globally.

The Finesse of City-to-City Relations

A city-led form of global governance requires a strong global city network. Singapore’s prominent role in connecting cities together globally demonstrates its role in building this network. As the organizer of the biannual World Cities Summit, Singapore brings together mayors and city leaders from all around the world to discuss urban solutions to challenges ranging from transport, infrastructure and housing. In terms of city-to-city relations, Singapore extending an invitation to Yuriko Koike as the 60th Lee Kuan Yew Exchange Fellow in 2017 is one of the prime examples of such city diplomacy, where the Tokyo Governor spoke at length on similar global governance visions on her agenda, such as having sustainability as a core theme for the Tokyo 2020 Olympics, and the creation of the Tokyo One-Stop Business Establishment Center for greater ease of doing business for foreigners. As cities take on a more active role in global governance, establishing and maintaining a strong network of cities will increase the capacity of cities to provide sustainable and inclusive solutions to global issues.

It would be prudent to discern that Singapore may be unique as it is both a city and a country, which not many major cities in the world enjoy. Nonetheless, it is far from being the only city that seeks to remain global, committed to advancing city interests through cross-border interactions between peoples in our age of unparalleled connectivity. The shared mandate for cities – London, Tokyo, San Francisco, Hong Kong – is then simple: to navigate the oft murky waters of diplomacy with finesse, in order to maintain open access to the global commons, all as we collaborate to pursue sustainable and innovative solutions to meet the evolving challenges in our increasingly complex world.

Jorel CHAN is an M.P.P candidate at the University of Tokyo, Japan, under the MEXT Japanese Government scholarship, after having read Philosophy, Politics and Economics in the UK. His current research focuses on Japan-ASEAN economic relations in terms of venture capital and private equity investment flows. He is concurrently a Young Leader of the Pacific Forum CSIS and a research contractor for the Asia Pacific Initiative, dealing with geopolitical issues surrounding the strategic regional architecture in Asia.