Home > Government Administration > No risk, no innovation: the double-bind for the public sector 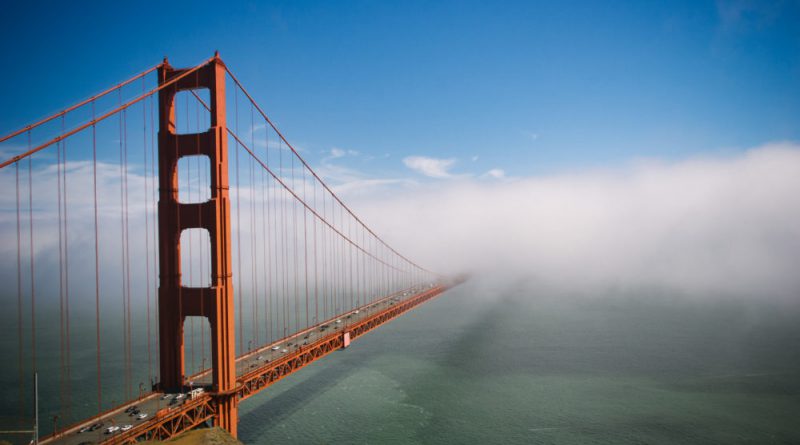 “The political incentives to risk public money are non-existent – it’s too easy to see the short-term political consequences of initiatives gone wrong and debate whether taxpayers’ money is going down the drain. Public money is to be spent according to rules and regulations.”

This is how Jon Simonsson, Head of Innovation, Research and Capital at Sweden’s Ministry for Enterprise and Innovation, sees the potential for public servants to take risks. You may think that someone in Simonsson’s line of work – government innovation – would assume a more entrepreneurial mindset, but he’s hardly alone.

While governments have given us some of the world’s most important inventions – from space exploration and the Internet to vaccines and wind power – they have reason to be risk-averse. Any gaffe made by public servants, the stewards of public funds, could lead to protest, bad press, and in the worst case, political ruin. In the private sector, failure means lost investment; risking taxpayer dollars, meanwhile, is tantamount to putting health services, schools and childcare in jeopardy.

Nevertheless, innovation has a direct link to productivity, and the efficiency gap between companies and government continues to grow. Over 1997-2012, output per job grew by 24% in private sector services, and only 9% in public services. This points to a need for public servants to act more like entrepreneurs – but is it possible to grow government’s appetite for risk, and how can it be done safely?

“In San Francisco, there’s an ethos among tech companies: fail fast. The incentives in government are really different than the incentives in the private sector: in a startup, you’re encouraged to take risks, and if it pays off, you win in a really big way,” said Mariel Reed, who recently completed a two-year tenure as Innovation Strategist for San Francisco’s Office of Civic Innovation.

“Government incentives for risk, meanwhile, don’t really exist. If you pull off a major improvement in service delivery, you don’t get a bump in compensation or promoted faster. It can feel really scary because any time you take a risk, you know that if you fail you’ll deal with criticism from the public,” said Reed.

Reed believes that the best way for governments to champion innovation is for them to institute programs and spaces designated for experimentation. San Francisco does this with several projects designed for collaboration between startups and government employees, like Startup in Residence, through which public agencies work with entrepreneurs. The startup employees give city officials a fresh perspective on long-standing civic problems, and help them prototype and user-test solutions. “[The government] tells public servants that this is sanctioned risk, and they’ll have moral support,” said Reed.

The City of West Hollywood, in Los Angeles, takes a similar approach. It recently instituted a two-person innovation division to act as consultants for its entire staff.

“I think government has a responsibility to take risks – we need to cultivate a culture of innovation, and sometimes that means spending money on projects that support staff ideas,” said Kate Mayerson, the city’s Innovation Analyst. “There’s something a little magical here: leadership that supports innovation and risk-taking from the top down.”

Mayerson trains staff in design thinking, user experience principles and innovation funding. Public officials can apply to the city manager for up to $5,000 in hardware or $10,000 in consulting to “try out” an idea.

The philosophy works well for West Hollywood, which has made a name for itself with a number of smart city initiatives. Last year, it built the first automated parking garage on the west coast of the US. The success of the $2.6 million garage, which uses robots to park cars, hinged on the city getting the technology right.

“It was a giant investment, and very risky because the technology had not been created before here – but now we have three times the parking space. It took investment to try something new, to be a leader. It was a giant risk that is paying off,” said Mayerson.

Cities like San Francisco and West Hollywood are leaders in pushing public servants to take risks, and are reaping the rewards. This can be, at least in part, attributed to the cities’ financial situations: “We’re lucky to have the funds to play with,” Mayerson admitted. “If you’re operating on thin margins financially, there’s less room to get things done creatively and innovatively.”

Other governments – at the city, state and federal level – are finding it difficult to integrate innovation into policymaking.

“We’re still trying to figure out how innovation works here, in the Australian context. We’ve had a prime minister who’s very outspoken about innovation and risk-taking, but it’s been very commercially focused – what’s still nascent is the social innovation space,” said Sarah Hurcombe, Principal in Public and Social Sector Innovation at The Australian Centre for Social Innovation (TASCI). TASCI was initially seed-funded by the South Australian government and now runs as a social enterprise.

“The challenge in this space, generally, is that in order to get promoted – to be seen as a star within the civil service – you have to be decisive. It’s about being an expert on a certain topic, and the work we do [at TACSI] really strips that back. If you co-design something, you’re no longer the expert in the room. You’re one of many. You’re quite a small piece of the pie,” said Hurcombe, who previously worked for the UK Cabinet Office and London City Hall.

Stripping back the ego “can be quite a challenge for people who have worked for 25 years within a policy area, or even one year,” said Hurcombe. “Working with an innovation lab challenges your assumptions. That journey can be confronting and quite challenging to many people.”

A brainstorming session at TASCI in Adelaide

Hurcombe and her TACSI colleagues are currently working on a six-month project aimed at improving Aboriginal employment in Australia with a government partner Hurcombe declined to name.

“The client went on quite a journey through that work. Some of the things they would say is that it’s quite messy – doing design work, sitting in that discovery phase, thinking about what the problem is,” said Hurcombe. “But [they’ve learned] the old ways of thinking just aren’t working anymore.”

Innovation labs create an environment where government can take risks. The question is whether the benefits of a small, in-house innovation team or one agency’s collaboration with an external lab can extend to the whole of government. Can this attitude toward innovation ever be applied on a larger scale, particularly when there is still so much doubt about public servants’ ability to take risks?

“I don’t think people consider local government to be innovative at all. They have this perception of government being stale and boring, and of you just being another cog in the machine – another bureaucrat. And that’s the case for many places, so the perception is not wrong,” said Mayerson.

“We’ll never be as exciting as innovation labs or the private sector. But if you want a fulfilling job that creates impact, there’s no better. We just have to show others we can be creative, too.”

This article was originally published on Apolitical and can be found here. Apolitical is a global network for public servants, where you can stay ahead of innovations in your field and connect with experts and peers from around the world.