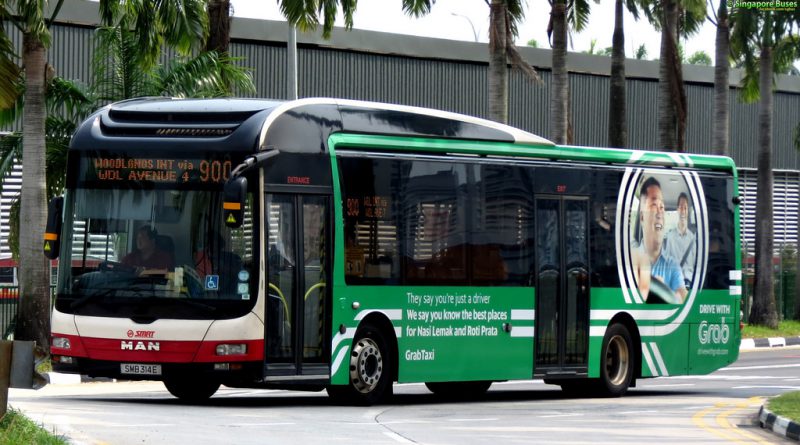 Driving for ridesharing apps like Uber or Grab is a growing segment of the “gig economy” or “gig work”. There are an estimated 10,500 individuals working for private-hire car services such as Uber and Grab, compared to around 200 000 primary and secondary freelancers. The gig economy is a growing area of interest for the Singapore government. In March 2017, Manpower minister Lim Swee Say announced the creation of a tripartite workgroup on “workable solutions” for the well-being of freelancers in Singapore.

This research paper contributes to the growing discussion of social protection for freelancers by focusing on the economic security needs of rideshare drivers. Having control over savings is critical to Singaporean rideshare drivers. Specifically, drivers need more flexible savings options. For such drivers, Singapore’s coordinated social security system could be enhanced by a technology-enabled saving mechanism option provided by online platforms observed in the US, such as Honest Dollar or Betterment.

This research is based on interviews with Singapore and US rideshare drivers, and a comparative analysis of US and Singapore social security systems. The author interviewed 68 Uber/Grab drivers in Singapore, looking at retirement security, adequacy of health insurance coverage, and union representation. The author also interviewed 70 drivers in the Washington Metropolitan area. The research paper goes into greater detail on the analysis of ridesharing drivers in the US.

In Singapore, full-time drivers (those driving 8 hours or more) made up 41% of all interviewed drivers [See Figure 1]. Other demographic trends of Singaporean interview respondents include: 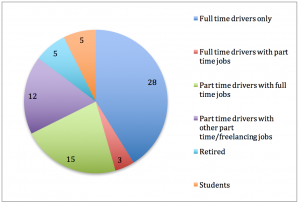 The interviews revealed the following:

Overall, the majority of drivers for ridesharing apps do not plan to rely on CPF for retirement savings. Many who do contribute/have contributed to CPF do so for house payments – which also shows that the dilemma between home ownership, long-term retirement savings and short-term income security is even starker for this demographic. Given the volatile incomes earned by drivers, many prefer to have greater control over and access to their savings.

Jia Hui Lin is a Senior at George Washington University, majoring in International Affairs and minoring in Economics. Her full thesis “Economic security of rideshare drivers: A cross-country perspective” can be found here.