Home > Op-Ed > A Crisis of Communication 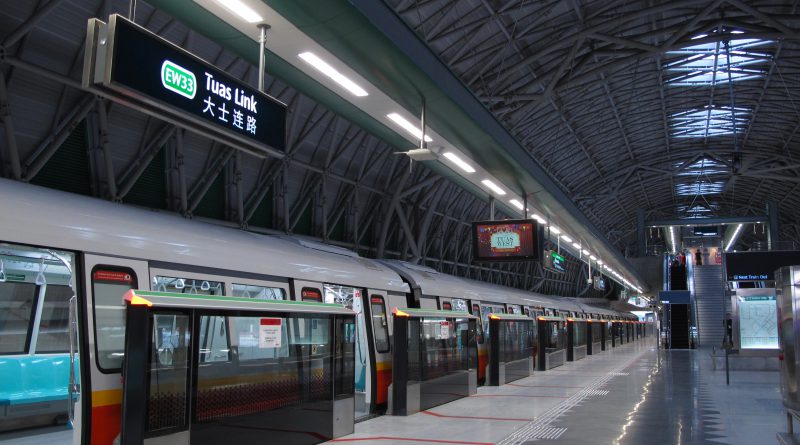 BY AZFER A. KHAN

The MRT system in Singapore is the focal point for the population’s collective grievances because it seems to show our governance system at its worst:  Secretive, misleading and bureaucratic. Combine these adjectives into one, and we get one overarching idea which has the potential to undo the social contract that drives Singapore — distrust.

Distrust is dangerous because it does not require proof; it merely requires perception. The system need not be secretive, misleading or bureaucratic to foster distrust; all we need to show is that there is a crisis of communication that is being brought to light by the MRT troubles which generates unhappiness and dissatisfaction with the current state of affairs, and this therefore fosters distrust in the system.

Why communication is a weakness of the Singaporean system is somewhat intuitive — most things in Singapore work, and when things work, people don’t ask too many questions. CPF works. Ban on the sale of chewing gum works. Death penalty for drug trafficking works. Of course, one can take issue with the term ‘work’— for instance, CPF works because it gives people enough savings to look after themselves, even if it makes all of us that little bit unhappier by taking away our freedom to choose what to do with our money; Banning the sale of chewing gum works because our streets remain cleaner and our public spaces are not desecrated with bits of gum; Death penalty works because the incidence of drug abuse in Singapore is very, very low, even if studies continuously show that no strong causation can be established between the death penalty and crime rates. A famous saying goes something like this: Only the loser wants to know why he has lost, a winner is content with his victory.

The better the machinery of government works, the more we can trust them to act without telling us all the details. Policies which work require little communication, and since generally everything in Singapore works well, communication has mostly taken a back-seat to policy-making. But this all operates on a fundamental assumption: that things are working well in Singapore and will continue to do so.

Here is the problem: Train delays are getting worse. More frequent, more widespread, and just plain longer. Singapore’s famed MRT system has gone from having a largely pristine record to being ranked near the bottom among newer Asian metros. Coupled with the fact the government has just announced a complete ban on increasing the number of private cars in 2018, and the recent train which ‘came into contact’ with another train and sent 25 people to the emergency room, the brooding question on everyone’s mind is: Why is this happening? No satisfactory explanation is readily forthcoming, largely because of poor communication.

It’s not just that some things are not working as well as they should, but also that some things are not working as well compared to other countries. For instance, we should compare ourselves to Japan, whose train system is the most efficient and most punctual on the planet, or the stations in Moscow, which are considered to be the most beautiful, or even the MTR in Hong Kong, which seems to be twice as reliable as the MRT. Our sense of frustration is compounded by the fact that it feels like our train system is being left behind in the dust.

And there is no hiding the truth, because it lies bare for all to see. If something is not working as well as it should, or as well as we expect it to, that’s when the government needs to commit to genuine and meaningful communication with the public.

For example, as train delays occur with more frequency, more and more of us are aware of the liberal use of the term ‘signal fault,’ or even more brazenly, the term ‘train fault.’ Whose fault is a signal fault? Technology? An SMRT operator? Mr. Desmond Kuek? The public wants to understand why so many more faults seem to be occurring, yet the official stance seems to be that trains are getting more reliable, not less. This we can call the problem of secrecy — the Singaporean public does not know why the problems are occurring, and this adds to a sense of a lack of control on the part of the service providers since it shows that they may not know why the problems are occurring either. SMRT may know, or SMRT may not know; it might even be public information, but the relevant point is that it is not public knowledge, and that is what causes immense dissatisfaction.

The problem of misleading information comes next. A headline like ‘Rise in major breakdowns but SMRT gets more reliable’ is not just a contradiction, it is a deceptive contradiction. It suggests that the problem of breakdowns is tempered by an increase in reliability. Unpack the figures and we learn that reliability is measured by delays that are greater than 5 minutes long and major breakdowns as delays greater than 30 minutes. Delays of 5 minutes are unlikely to cause significant issues for most people, except those already late for work. So that number is simply less meaningful for the public. Delays of 15 minutes or more may well be far more significant, especially if it causes bottlenecks at stations. Delays of 30 minutes leads to mayhem and should rightly belong in their own category. Emphasis needs to be given to use figures that are not misleading to the public, otherwise it looks like an obvious case of sugaring the pill. Misleading information is also problematic because it adds to the dissatisfaction with public transport and consequently the government. Singaporeans are not uneducated, and they are not uncritical. For instance, the use of the phrase ‘come into contact’ to describe a collision between two trains that sent two dozen people to the hospital, makes people feel that they are being lied to.

We then arrive at the issue of bureaucracy. The recent SMRT flooding incident leaves a bad taste in the mouth, because it was followed by a blame game from leaders, with statements like “the SMRT team . . . at Bishan has failed us,” and that “major disruptions . . . have been attributed in some part, or all, to human error or failure.” There is nothing wrong with identifying what went wrong — after all, we need an explanation. But an explanation and an excuse are two different things. Leaders take responsibility for the actions of their subordinates, not the other way around. This should be the cornerstone of leadership across the board, and a corollary of the benefits of leadership; leaders get to make decisions affecting the lives of the people around them, and in exchange they take responsibility for the actions of those whom they supervise. This is why CEOs get paid so much, to solve problems and fix issues within their companies. It should not be a defence to suggest that one leader who volunteered for a role should then be excised from responsibility for poor performance. Being a leader in Singapore is less a sacrifice, more a very high paying, influential job. It takes time and energy, yes, but which high-paying jobs do not?

Combine all of the above, and there appears to be no good reason for the Singaporean public to trust SMRT, or the government, to fix the issues that have plagued the MRT system. The traditional model of being able to do whatever the government wants, and having the ability to change the law to suit the political decision applies only if there is a nexus of trust between the people and the government. Once this trust begins to break down, two things can rescue it: communication, then performance. Sadly, neither the government nor SMRT have been able to do either. Ultimately, without good communication, the distrust and dissatisfaction with the current system will only worsen over time.