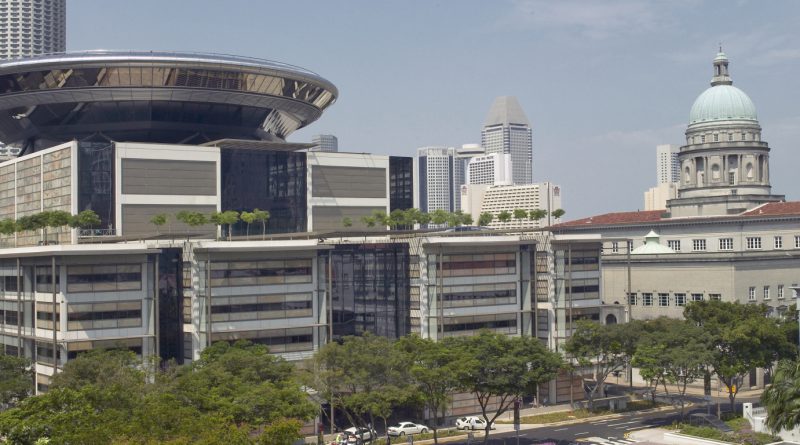 On Monday, 6th March, District Judge Low Wee Ping delayed sentencing domestic helper Kusrini Caslan Arja, an Indonesian citizen, for allegedly putting the life of her employers’ child at risk. The disabled boy had been left in Kusrini’s care, and in an effort to retrieve a suction cap that had fallen into his mouth, she had inadvertently worsened the injury. Having examined the facts, Low described the public prosecutor’s request for an 18-month jail term as ‘manifestly excessive’, and said that he could not ‘in good conscience’ pass sentence on Kusrini, who was undefended. He then challenged the lawyers present to represent her, adding: ‘let’s do justice, and dispense what we call mercy’. Lawyer Mahmood Gaznavi took up her case pro bono.

Kusrini’s case revealed one of Singapore’s deeper disconnects: between the values it enshrines, and the institutions it holds dear. Comments and conversations on Low’s judgement revealed not only a sense of distrust towards those foreign to us, but also a sense of distance from our legal system.

That evening, TODAY (an English-language daily in wide local circulation) ran the story on its website. Within ten hours of the piece going ‘live’ on Facebook, it was shared 148 times and more than 500 people engaged with the post, leaving comments or ‘reactions’. Perusing these comments – a snapshot of gut reactions – provided plenty to reflect on.

Initially, no commentators criticized Low’s decision. On the contrary, many showered approval on a ‘thoughtful’ and ‘logical’ outcome, which they saw as a fitting marriage of justice and mercy, or, as some put it, an expression of ‘true justice’. Notably, Kusrini’s identity – whether as foreign national, migrant, or domestic helper – did not feature in these comments, and Low was seen to have done the right thing simply by treating her fairly. Anyone in Kusrini’s situation, they implied, should be shown similar compassion.

More in-depth responses stood by the belief that Kusrini deserved a basic level of empathy and understanding. Various commentators voiced a conviction that ‘every person deserves to be represented and have a proper defence’, with some expressing surprise that Kusrini’s case was heard in the first place without a defence. Such sentiments not only affirmed the principle of equal treatment before the law, but reflected a recognition that Kusrini (and many others) were routinely wronged by not enjoying the benefit of a public defender, despite recent expansions to the legal aid system. Another commentator raised the concept of interpersonal justice as a corrective to an overly impersonal legal system, praising Low for being willing to ‘analyse pics from a defendant point of view’. These comments evinced an evolving appreciation of the law as a recourse for those who are systematically underrepresented vis-a-vis the state, and the place of mercy within this framework.

But amid the groundswell of approval, other fault-lines came to light. Perhaps most concerning was how quickly stereotypes surrounding foreign domestic helpers resurfaced. Although many simply echoed Low’s criticisms of a system which allowed those like Kusrini to be hired ‘too generally’ as ‘car washers, plumbers, house painters, medical caregivers’, others built (positive) affirmations of the decision on (negative) perceptions of domestic helpers’ instincts and capabilities. Someone who was ‘unqualified and underpaid’, they implied, should not be trusted in the first place; on this line of reasoning, it was the parents, not Kusrini, who were at fault.

Anyone familiar with Singapore’s online forums and informal news-sites will know that sentiments like these are hardly unique. One website, theAsianparent, reported this case under the headline ‘4-year-old bedridden boy ill-treated by maid in Singapore!’, and recommended that parents could avoid a similar incident by installing closed-circuit TV (CCTV) cameras in the home, ‘encouraging honesty’ with their domestic helper, and ‘popping in announced’ to ‘see what’s really happening’. Though such views lessen Kusrini’s liability in this particular case (and in fact provide some basis for viewing Low’s decision as ‘merciful’), they are fundamentally built on a lasting distrust of our foreign domestic helpers – exacerbated through sensationalist reporting – that frames them as incapable or worse, harbouring ill intentions. One netizen voiced an underlying assumption which was no doubt entrenched after reading the story: ‘The maid really evil. No common sense also.’

Another divide, though more subtle, was also consistently reproduced by commentators.  While Low was consistently upheld as ‘one of a rare breed’ – or, in one commentator’s words, ‘someone who really practice justice’ – it was clear that none were willing to lavish the same praise on Singapore’s justice system in general. Mercy was seen as personal quality of Low’s, rather than something that was (or even could be) exemplified by the judiciary, much less by the broader process of lawmaking and law enforcement in Singapore. Instead, an entrenched perception of the system’s conservative workings held sway. ‘Never thought I would live to see the day that mercy is shown in Singapore courts’, said one comment which was liked 86 times in ten hours. Any prospect of introducing an ideal level of compassion into the system also seemed to rely on individuals like Low, rather than procedural change: ‘Hope this Judge soon will be the future Chief Justice’.

For many, modern Singapore is associated with qualities of accountability, meritocracy, and the rule of law, all of which rely on a deep faith in the immovability of the system. Kusrini’s case – and Low’s judgement – presented an opportunity to square this faith with an aberration which was recognized as fair, right, and good, if unexpected. The resulting clash surfaced some of the less kind (and less visible) institutions which shape our thinking: a sense of distrust towards others, and distance from our public legal system. How should we respond?

We might consider, for instance, improving legal and institutional provisions for foreign domestic helpers (and migrant workers generally) in Singapore which will not only give them a better footing in the courts of law and public opinion, but also protect their dignity and sense of agency. Improving domestic helpers’ awareness of their rights and access to legal support should be paramount, while creating industry-wide standards of minimum wages, dispute resolution mechanisms and fair hiring practices will improve employer-employee relations. Beyond such measures, however, both the public and community sector should devote more resources to improving cultural and social integration for long-term migrant workers: institutional protections alone cannot shift perceptions in the absence of social change. In the long term, true integration may rely on creating more paths to citizenship for those who decide to put down roots here – and we must be willing to grant those who have contributed so much to our society a voice in our political community.

At the same time, we would do well to strengthen the public legitimacy of our legal system  by improving representation and access to legal aid. Existing reforms to the legal aid system can and should be taken further, to ensure that cases like Kusrini’s receive the support of a public defender. Especially where foreign nationals are tried in Singapore courts, we should actively engage consular support: a process which may provide new grounds for partnership with the diplomatic community here. Further, better legal education in schools, or online initiatives to promote legal awareness, could help make the legal system transparent to Singaporeans, and maintain the image of the judiciary as an institution before which all individuals can receive a fair hearing.

Such recommendations should, of course, form part of a much broader process of healing divides within our body politic: between state and citizen, foreigner and national, system and individual. It may be difficult, at first, to respond to the clarity afforded by such incidences with concrete measures to re-evaluate and remake our society. But we shouldn’t be surprised. Confronted with true mercy, we look only harder at ourselves.

The comments in this article have been quoted directly with the patois in which they were written, and all the commentators have been left anonymous.

Theophilus Kwek is completing a MSc in Refugee and Forced Migration Studies at Oxford University. He previously served as Vice-President of the Oxford Students’ Oxfam Group and Publications Director at OxPolicy.