Home > Op-Ed > Rethinking HDB: Putting all our retirement eggs in one basket 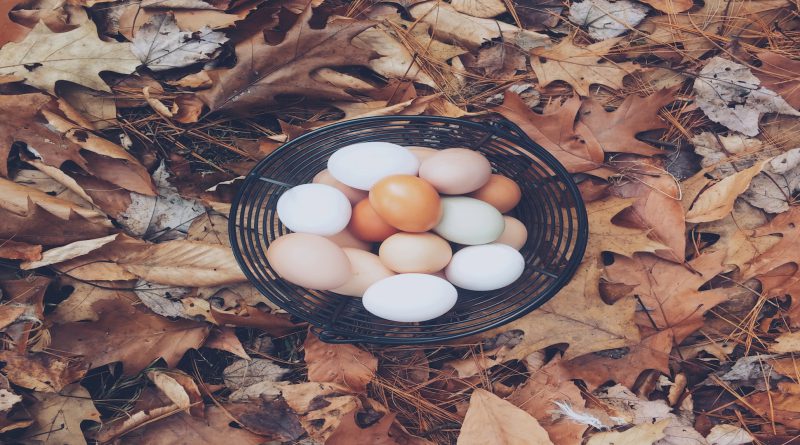 Asset values may plateau, and we have to begin rethinking the investment value of HDB flats.

80% of Singaporeans live in the HDB they own, so it’s unsurprising that there was public uncertainty when the Minister for National Development Lawrence Wong warned that HDB flats were technically worthless at the end of their leasehold. This sparked alarm among households that suddenly realised that they had spent a significant part of their savings on a depreciating asset. Although Minister Wong subsequently explained that HDB flats remained a good store of value, many remained concern about the extent to which a depreciating asset could be a reliable store of value.

Concerns about what happens at the end of an HDB lease have been raised before, but responses from the government have been met with disbelief. The issue first raised national interest in 1989 when then Minister for National Development, S Dhanabalan replied to letters on Straits Times Forum, which called for the government to extend the lease of HDB flats slated for upgrading. He explained that the extension of the lease would raise the cost of redeveloping the country.

In 2014, the then Minister for National Development Khaw Boon Wan had already confirmed, in response to a parliamentary question by Non-Constituency Member of Parliament Gerald Giam that “Like all leasehold properties, HDB flats will revert to HDB, the landowner, upon expiry of their leases. HDB will in turn surrender the land to the State.”

The predominant belief among Singaporeans is that the government would automatically extend HDB leases at a nominal cost, if any, but there is convincing evidence that doing so will be bad public policy. Instead, as assets begin to mature in Singapore, we need to begin to focus on pricing the eventuality of lease expiry into our decision for savings and retirement.

The main reason why many Singaporeans believe that the government would not take back the HDB at the end of the leasehold is the perceived contradiction between home ownership and leasehold HDB flats. Since the vast majority of citizens live in HDB flats, the reasoning is that no government can stomach the political cost of taking back the flats, which potentially leaves a significant portion of the population homeless or forces them to start at the bottom of the ‘property ladder’ again. In short, the government‘s consistent affirmation of its policy for a ‘homeowning’ population has been taken to imply that the government should guarantee homeownership.

However, we should take such reasoning with a pinch of salt. The idea behind encouraging home ownership is that home owners or long term lessors, as opposed to short term tenants, will have something to fight for, enjoy greater sense of stability (including greater financial predictability since owners are not subjected to the unpredictable rent rises or evictions by landlords), take better care of their property and benefit from appreciation in property prices in the medium term.

If HDB flats reaching the end of their lease were automatically en-bloc (as opposed to the current ‘selective’ en-bloc renewal scheme), it would defeat the purpose of having a 99-year lease. HDB flat prices will transform into a defacto ‘x (i.e. less than 99 year)’ year leasehold with a guaranteed floor price (or formula) underwritten by HDB. This would make housing policy expensive.

Even if the government provides a mechanism for automatic extensions to the HDB leasehold (whether at a nominal fee or a price akin to buying a new HDB flat), it could raise the cost of future redevelopment. That is to say, future HDB flats or infrastructure will be more expensive. After all, the government would then have to provide market value compensation for the land acquisition. In addition, given Singapore’s small land area, there will also be more intense landuse over time that can further drive up prices.

The second reason why Singaporeans remain optimistic that the government would not allow the leasehold to fall to zero is their belief in the government’s ‘asset enhancement’ mantra: the idea that the value of HDB flats must rise or at least maintain its value over one’s lifetime. This idea of ‘asset enhancement’, officially articulated in late 1980s, has taken deep roots in Singaporeans’ psyche. Despite the dramatic price declines from 1997 to 2005, most Singaporeans still see property as a reliable hedge against inflation, with HDB flats being a sure-win investment. To some, this is the classic “Singapore dream”, where economic growth translates to real increases in wealth.

This belief in the continuous property price appreciation is, however, misguided. Property prices, like other economic activity, move in cycles. Property price appreciation at a macro level is essentially an intergenerational wealth transfer–the wealth of the homeowners today is a transfer of wealth from the future generation. That is to say, future homeowners who do not benefit from such inheritance will suffer from worse affordability such as number of years of income to price of property if the rise in HDB flat prices continues to outpace income growth.

The last reason for Singaporeans’ belief that the government has a responsibility to ensure that HDB flats retain their value relies on the logic that the government would not diminish the source of wealth that many ‘asset rich and cash poor’ Singaporeans need for their retirement. At a time when the population is ageing and may need to liquidate their assets, the government, as the reasoning goes, would not cause greater hardship to the elderly by tolerating significant price depreciation for older HDB properties.

This logic of the last reason is flawed. In the first place, if a significant number of Singaporeans need to downsize their HDB at the same for retirement, there will inevitably be a downward price pressure. The pricing in the resale market is not within the control of the government. In addition, the government has provided for the Lease Buyback Scheme (LBS), which is based on the assumption that the value of the lease will fall over time, as a way for Singaporeans to extract value from their flats. Yet the LBS is unpopular because most Singaporeans prefer to sell their HDB flats on the resale market, believing naively that the value of their flats will continue to rise.

How should we then think about HDB as an asset? Trying to enhance the price of HDB flats through the entire cycle of the leasehold period is unviable Instead, HDB owners should expect to possibly profit from a period of price appreciation in the initial 30 years or so of the HDB flat life but should also expect a gradual price depreciation in final phase of the leasehold.  A person who purchases a Build-to-Order (BTO) flat from HDB and lives in the same flat till the end of the 99-year lease will not gain from any price appreciation in the initial period (unless he locks in the higher value through the LBS). Instead, he or she should simply understand that he or she is paying for the long term rental of the property upfront.

The broader societal shift that needs to happen is this: high prices are not here to stay, and we need to wean away from the over-reliance on housing as an asset to pay for retirement. The government has repeatedly reminded Singaporeans to buy housing within their means, recognising that Singaporeans have over-spent on housing particularly through the use of CPF funds, resulting in insufficient retirement savings. In fact, the government should even consider limiting the amount of CPF funds that could be used for housing but it has not done so possibly because such a measure will reduce Singaporeans’ ability to purchase.

Ultimately, we should acknowledge that housing is fundamentally a depreciating asset in the long run. Its function as a store of value only works if there is someone else willing to pay a high price for it otherwise we are simply depleting our savings on housing. Only with this acknowledgement will expectations of HDB price appreciation be dampened, encouraging people to have a more diversified portfolio for their retirement. Singaporeans will then see housing as an utility rather than a speculative activity.

While we might be conditioned to associate owning a house with all kinds of social statuses, we should instead recognize that there are multiple pathways to live—and unlike paying for a roof over our heads, the value of building a home does not depreciate after 99 years.

Mui Pong Goh is a stay-at-home dad living in the Boston area.