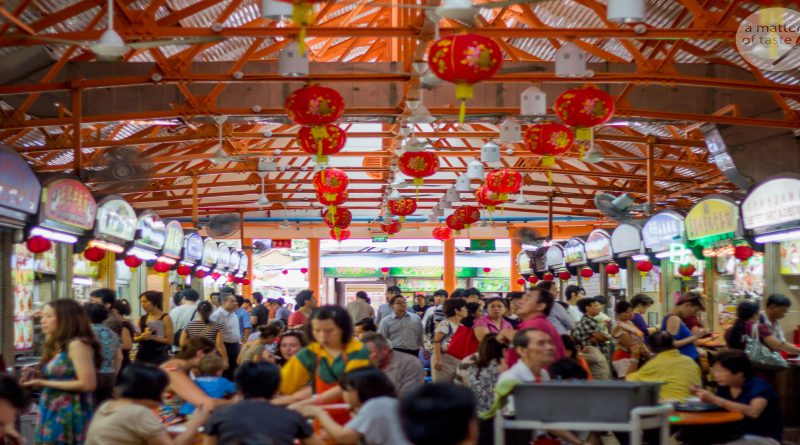 We’ve been extraordinary in economic development. We can be as good at defeating xenophobia.

Rome wasn’t built in a day: and it also wasn’t built by the people and riches of its own lands. Instead, its armies conquered Greece, North Africa and Asia Minor through the manpower of not just Romans, but the many Roman allies: fellow Italian cities which had been subjugated by Rome and were forced to give soldiers to the Roman war machine. With this strategy of co-opting other cities into its growing dominion, Rome swept all before it. But the Italians weren’t happy by the beginning of the 1st century BCE. They were treated like Romans overseas where they fought alongside the Romans, but when they returned to Italy, they were second-class again: they wanted either to be free, or to be citizens of Rome. But when a Roman politician proposed extending Roman citizenship (with the privileges that citizenship brought) to these Italian allies, there was huge backlash: many Romans rejected the idea of rewarding and taking in these immigrants, these “Others”, to Rome. It didn’t matter that Rome’s own founding mythology said that Rome was first built and occupied by welcoming immigrants from all the surrounding lands: the Italians were not to be given citizenship. The politician was killed: the Italians revolted; and bloody war ensued throughout Italy, in what is now known as the Social War[1].

Rome is not alone in history as a nation built by immigrants who then reject the inclusion of new immigrants in their society. We have seen this xenophobia by immigrants towards immigrants in human societies on multiple occasions: from the Roman Empire in the 1st century BCE to America throughout its history, and now in Singapore. It should be puzzling for countries founded by “Others” coming to a new land, to then turn around and exclude more “Others” from entering their shores, on the grounds of being different, whether culturally, racially, or religiously.

But this irony has never been able to counter the sheer force of xenophobia, not because people are evil, but because xenophobia tends to be founded on very real concerns, no matter the benefits they bring. From arguments that our societies’ values are being diluted or that our culture is being swept away, to anecdotes that they’re taking our jobs, it’s easy to understand the concerns many of us have, the discomfort, when we see our nation changing before our eyes. Witness Britain, which voted for Brexit and has seen a wave of hate expression towards immigrants: it didn’t matter that immigrants benefit and help drive the British economy, thus benefitting the very people who wish them gone. Xenophobia arises anyway: the social discomfort or the anger generated by an anecdote often overwhelms the economic argument, and that’s understandable.

But that doesn’t make it right. We who once came as immigrants cannot then reject other immigrants: it makes no moral sense. So why are we seeing increasing xenophobia, and how do we stop it?

In Singapore, the concerns driving xenophobia fall into three major categories: economic, infrastructural and social. People fear the loss of their livelihoods to immigrants- anecdotes abound of companies with foreign managers who will only choose employees of their own homes. Many also feel that the infrastructure is overwhelmed by the increased population, making the city less liveable (especially given Singaporeans’ high expectations of our government and its efficiency in delivering quality public services).

As for the social aspect, many no longer feel at home in a city whose population makeup is now different in culture, race or religion- a change exacerbated, ironically, when infrastructure improvements destroy the physical continuity of home, with familiar symbols like the ECP rerouted, the Rochor Centre slated for demolition, and so on. These are real and valid concerns, and must be answered if we want to deal with xenophobia in Singapore.

To this end, the government has already started making steps in the right direction, by seeking to improve infrastructure, and bolster economic supports for Singaporeans via skills retraining and a shift to more welfare[2]. The social issues are the hardest to shift, especially as stopping immigration would still hurt the economy: even the slowdown in the influx of people led to complaints by various business sectors.

But if the economics and infrastructure improve, the social issues can be resolved with time. Other heterogenous human societies have done it: Americans once viewed Catholics, Irish, and Japanese people (to name just a few “outgroups” of the past) with suspicion and hatred: but today all are well assimilated into American society. It is true that there are die-hard racists and xenophobes in every country; but the majority of people are decent, and even if they do hold these beliefs, often soften them with time. Witness, for example, America’s shifts in beliefs on whether marriage between blacks and whites is acceptable- in 1957, that was 20%; today it is 90%[3].

If America, with all its race-related baggage of slavery and Jim Crow, can change its social beliefs on both race and immigrant outgroups, so too can Singapore, where we can already see interracial and transnational marriages becoming more and more common[4].

Given that xenophobia has emerged in immigrant societies throughout history, it is also interesting to consider examples of the past alongside modern ones like American society. Singapore can learn, too, from the Roman Empire. The Romans didn’t just face the issue of integrating outsider peoples into their nation when they fought with the Italians in the Social War. Although the war ended with the Italians all being given Roman citizenship and its privileges in Roman society, the debate went on. The Romans gradually extended Roman citizenship and political participatory rights to more subject peoples[5], first in Italy, and then across the empire: and at every step of the debate over this progressive extension of rights, there was pushback by conservative and xenophobic political elements who didn’t want to extend the citizenship to yet more ‘outsiders’.

Yet Rome’s greatest strength, and its comparative longevity as an empire compared to many other ancient civilisations, was its ability to co-opt non-Roman peoples, whether they were Italians, Gauls (today, the French), Batavians (today, the Dutch), or Palmyrenes (today, the Syrians). Spurred by the promise of economic, social and political opportunity, these subject peoples fought and worked for Rome, protecting it and making it one of the greatest ancient metropolises and empires, contributing their efforts over centuries of Roman hegemony. In fighting for Rome and contributing to it, they Romanised themselves in the process, taking up Rome’s languages, religious practices, and even manners and architecture. Like today’s Singaporeans, who may wear multiple hats as members of different cultures but who are all bound by a common Singaporean identity, Gaul-Romans (for example) were simultaneously members of their own culture, while being proudly Roman.

Singapore is not Rome, of course, and we cannot win vast riches and lands for our people; but integration and assimilation must be an important aspect of any long-term strategy for Singapore to handle the risks that come with immigration, which in turn is necessary for Singapore’s cosmopolitanism and national success. A Singapore where both Singaporeans and immigrants can feel included in its promise of a better life is one that will survive today’s xenophobic undercurrents. We do not have to force immigrants to give up their own practices and gathering spaces: but we must create the conditions for them to feel Singaporean.

Perhaps voluntary programs can introduce immigrants to key parts of Singaporean society, much like what new citizens go through before they can receive Singaporean citizenship. Perhaps it is by speaking up when another Singaporean tells a foreigner in your presence to go back to his or her country. Perhaps it should happen at the educational level, in our schools, building in acceptance and interaction from young ages. There are many ways to be investigated, but the general thrust should be clear: assimilation is a two-way street, and one should not have to give up all the aspects of one’s own culture to be welcomed into Singaporean society.

The road to overcoming xenophobia by removing its economic, infrastructural and social foundations will not be easy. The government will have its hands full keeping the economic boat steady in the uncertain global waters of 2017, maintaining and improving economic security for Singaporeans, and improving infrastructure at the same time. But the answers on the social issues underlying xenophobia are clear: immigrants to Singapore cannot just be mercenaries and must integrate; and we Singaporeans cannot push them out and make them feel unwelcome.

Immigration, properly managed, is a tide that lifts all boats. Let us hope we can learn from Rome, and overcome the irony of our own xenophobia.

Royce Quek is a student at Harvard University.