Home > Climate Change > Sea Levels are Rising, and so will Social Anxieties 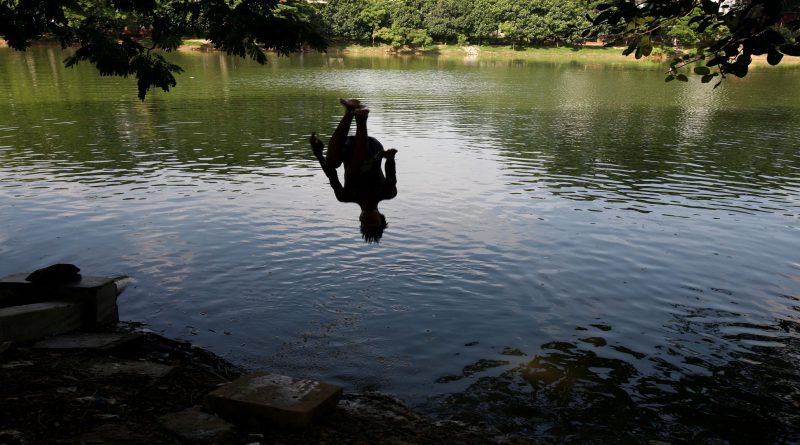 It is no longer simply a threat for the hypothetical future generations, but a problem for our generation, and particularly, our children’s generation. For the first time, 2015 saw the global average temperature hit 1°C above than the pre-industrial era, moving perilously closer to the 1.5°C limit that countries committed to Paris only the year before. Singapore’s own annual mean temperature has risen by 1.7°C since 1972, from 26.6°C to 28.3°C in 2015 (NCCS).

Climate change is not an environmental problem, but a source of societal anxieties. Social impacts will arise from the well-publicized, disastrous face of climate change is well publicized – storms and typhoons, floods, and sea-level rise. Equally important are the silent and creeping effects of climate change. That is, climate change will exacerbate existing cracks in the social fabric, such as immigration and income inequality.

This means that we must balance mitigation with adaptation, focusing not only on reducing greenhouse gases to temper the extremity of future impacts, but also preparing ourselves to cope with the impacts of climate change. Adaptation must become our default position in every sector.

The case for adaptation

The challenge for Singapore is that climate change migration will not be easily identifiable or distinguishable from other forms of migration. While Singapore has been able to carry out its policy of refusing refugees, it will be more difficult to expand its refugee policy towards climate migrants as it is unlikely that the refugee definition will expand to include climate change. Climate change does not satisfy the legal definition of refugees, who are defined as a particular group of people who have been persecuted. Persecution requires some form of human agency, while climate change impacts are indiscriminate and do not target a single group. Further, most climate migrants are unwilling to be classified as refugees, as the refugee classification deprives people of their own agency.

Instead, climate change will become one of many migration drivers, reinforcing existing push factors like the search of economic opportunity. It is more likely that longer term climate impacts such as the degradation of agriculture land and slow erosion of living areas add onto labour migration patterns, rather than migration spurred from one-off natural disasters. While one-off climate-related disasters like cyclones and floods displaces large numbers of people, research shows that most communities return to their homes afterwards.

Climate change induced-migration will thus contribute to existing tension around immigration in Singapore. Frustration with Singapore’s open immigration policy bubbled to the surface in the 2011 General Election, and the government has since slowed the influx of migrant workers. Nevertheless, unhappiness over immigration continues to challenge Singapore’s conception of identity and the cosmopolitanism ideal.

Climate change impacts will fall hardest on the most vulnerable. Climate-vulnerable communities are those who lack mobility, health, income, and other factors that limit their capacity to deal with climate change. They will bear the brunt of climate impacts.

Meanwhile, Singapore imports 90% of its food. Our food supply is also particularly reliant on a few countries; for instance, Singapore’s pork comes from Brazil, Indonesia and Australia, while almost 70% of its eggs are from Malaysia, and the majority of vegetables are imported from Malaysia and China. This leaves the country open to the vagaries of the global food system, with the expectation that climate change will push up food prices as food production is disrupted. Indeed, changes in rainfall patterns have already begun to distort crop production.

The burden of all these impacts will fall heaviest on the elderly, disabled, and low-income families. In the public health and food supply arena, rising food prices will be felt most by low-income families and individuals. Climate change will also exacerbate the urban heat island effect, where urban areas experience higher temperatures than rural areas due to waste heat from human development. Higher temperatures will lead to greater exposure to heat exhaustion and heat stroke, to which elderly, young children, and people who work outdoors are most vulnerable.

How then can Singapore work to preempt the destructive yet silent forces of climate change?

No or low regrets options are initiatives that provide net benefits regardless of how exactly the climate changes, in contrast to climate-justified options that are especially beneficial if expected climate impacts do come to pass. A no regret option might be diversifying water sources, which will help strengthen water supply anyway, but also build resilience towards droughts or other climate-induced activities.

The need for no regrets options stems from the uncertainty of climate change predictions.  This should not be confused with the certainty that climate impacts are occurring, and that humans have had a large role to play in climate change. Instead, how exactly climate change will make itself known are difficult to predict. For example, to predict future climate change impacts, the IPCC uses 40 mathematical models to simulate the impact of greenhouse gas emissions on the climate. While effects on global temperature are more certain, the models differ when it comes to projecting precipitation intensity and variability. These uncertainties can be traced back to the differences in spatial scales of global models, biases in long-term mean precipitation, among other reasons. Moreover, uncertainty accumulates as predictions are scaled down; changes to the climate do not necessarily translate into expected changes on the ground.

Uncertainty means that climate change should be seen as one of many sources of risk and uncertainty that will cut across numerous sectors, and interact with other problems, rather than an independent risk that can be resolved in and of itself. Climate initiatives must be woven throughout policies in every sector. The National Climate Change Secretariat (NCCS)’s Climate Action Plan sets out strong actions for adaptation in the six areas provided above, and this must be complemented by integrating adaptation into all other policy sectors, such as housing and migration. The immediate link between climate change and initiatives such as the Pioneer Generation Package, Silver Support Scheme, and increasing the coverage of Eldershield may not be obvious, but such policies will simultaneously help to strengthen the capacity of the elderly in coping with climate change. Similarly, policies such as Workfare Income Supplement, GST Vouchers, and Community Health Assist Scheme (CHAS) all have implications for climate change adaptation.

The government may also consider a regional climate change adaptation project, implemented jointly with other ASEAN countries, financed by the Adaptation Fund or new Green Climate Fund. A joint project would reflect the need for greater regional cooperation to strengthen adaptation efforts, while maintaining Singapore’s ODA policy of providing technical, rather than financial aid.

Rachel Kyte, the Special Representative of the United Nations Secretary-General for Sustainable Energy for All, said after the failed 2009 Copenhagen climate conference, “We’re kicking the can further down the road, but we’re running out of road.” While governments agreed to limit warming to 1.5°C in the 2015 Paris conference, the window of achieving 1.5°C is rapidly closing. Some leading climate scientists have also expressed doubt that the 1.5°C target is achievable. Even if the world manages to meet the 1.5°C target, the implications of a 1.5°C are still uncertain and currently being explored by the IPCC.

While mitigation actions will continue to be important to determine how extreme a future we face, we must be prepared to accept climate change as our new reality. Climate change will make itself known in a subtle way, often exacerbating current trends. Adaptation, integrated into all sector policies, must be the way forward.