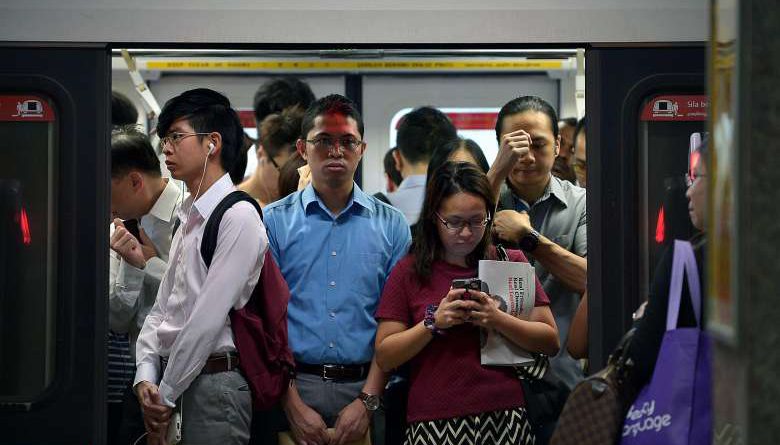 Since the 2011 SMRT breakdowns, the reliability of Singapore’s rail transit system has been under the spotlight. The mass rapid transit (MRT) system, with a daily ridership of nearly 2.8 million in 2015, is subject to significant public scrutiny. Immense popular frustration has led to the replacement of the two previous transport ministers. The public has also come to link the particular failures of the MRT system with what it perceives as the wider shortfalls of the government: a lax immigration policy has been blamed for crowded trains and stations, for instance.

At the back end, aging infrastructure calls for better regulations and incentives for the timely maintenance and replacement of rail assets, both capital and operating. Measures have to be taken to correct years of maintenance malpractice at SMRT, and to hold previous office holders accountable for that malpractice. At the same time, these measures need to be proactive and create a sustainable rail industry in the future. They need to uphold our principle of competition to drive efficiency, while being cost-effective to minimize the taxpayer burden of rail reform.

Any approach to rail reform needs to address three concerns:

Singapore has long stood by the position that nationalization would be an economic disaster, and conversely that that competition leads to more efficiency. Any reform has to seriously interrogate the applicability of this principle in shaping the right incentives for long-term sustainability.

The rail industry is not a standalone one, as it intersects with the government’s approach to the bus industry, and has to be incorporated into the larger plan for integrated land use (business vs residential corridors) in Singapore.

The People’s Action Party government received a strong mandate from the 2015 elections, while still being pressed on the particular issue of public transportation. Thus, it has a crucial window to act on the ailing industry and suggest bold reforms for the future.

In July 2016, the Land Transport Authority (LTA) announced its unprecedented decision to take over SMRT’s operating assets. Along with Temasek’s subsequent buyout of SMRT, it was a step towards meeting these ends. It has been the subject of much scrutiny and critique; a history of rail transit in Singapore gives us context to understand it.

A brief history of the MRT

The MRT system began operations in 1987, as part of the then-Minister of Communications (and later President) Ong Teng Cheong’s plan to expand Singapore’s public transportation network. The initial financing plan was to have the fare revenues cover both the capital and operating costs of running the train system, as was the case for the bus system. The Public Transport Council (PTC) was also formed to provide an independent assessment of fares, ensuring that fares were kept within margins of “overall affordability”.

In 1996, the newly-formed Land Transport Authority (LTA) published a white paper entitled “A World Class Land Transport System” that instead suggested that SMRT only have to pay the “historic cost” of rail assets—if rail assets in 1987 cost 1.6 billion, for example, in 30 years when the lease expired, even if the cost is 6.9 billion, the operator only has to pay the 1.6 billion, with the government paying for inflationary risks.

Throughout the 2000s, the government decided to increase competition for efficiency, awarding rail leases to bus operator SBS Transit (beginning with the Northeast Line) in order to create some industry benchmarking. At the same time, the rail network steadily expanded to adapt to a growing population while improving travel times and comfort for commuters. Thus, train routes served less profitable corridors, creating a strain on the profitability and financial sustainability that was initially envisioned.

This prompted the creation of the 2010 New Rail Financing Framework (NRFF). Under this framework, the operating assets of lines constructed after 2010 were to be owned by the government, which charged operators a licensing fee. This put the LTA in a better position to maintain and replace these assets. Following the massive breakdown in 2011 and subsequent service irregularities, the LTA also initiated programmes like the Bus Service Enhancement Scheme (2013) to augment the reliability of public transport.

Nevertheless, the reliability of rail transport persisted as a hot-button issue, and became a prominent topic in the 2015 elections. Veteran “Mr Fix It” Minister Khaw Boon Wan was appointed to the Ministry of Transport, bringing with him the promise of bold reforms to the MRT system.

The July 2016 decision was one of Khaw’s bold reforms. The NRFF was initially applied only for the Downtown Line, but this decision effectively extended it retroactively to all the SMRT-operated lines. Having all lines under the new framework could create less confusion in the future when trains “interchange” at an increasing number of stations. With fewer assets under their belt, current operators would be put under real pressure of being replaced—thus creating effective competition—when their lease expires.

Advantage: More consistency in financing principles across the entire industry. Operators will be “asset light”, decreasing the risk of default during a time of rising costs (SMRT at very high gearing), need for heavy investments in maintenance and increasingly unprofitable corridors.

Disadvantage: It is expensive to claw back assets under the new financing framework, and operators might not be willing to do so since their lease has not expired. With government being in charge of both capital and operating assets, operators might be absolved from responsibility in the future, further straining government resources. This policy would be proactive looking into the future, but does not punish previous irresponsible behaviour.

What other options did LTA have?

Why did the government choose this option over other policy alternatives? Answering that question is useful for understanding the July decision and how it may evolve in the future. In that light, the LTA probably considered the following three options:

The 2011 Committee of Inquiry report found that SMRT’s work and maintenance procedures were “grossly inadequate.” It may have been a good idea to expand the PTC’s mandate, calling upon it to maintain oversight over SMRT’s maintenance regime. It is well-poised to function as an independent body in this regard: it was created in 1987 in a response to pressures in the early 1980s about price-collusion for bus fares. This would also align with the recent policy change to impose stiffer penalties and tighter regulation in the area of asset maintenance.

Advantage: PTC represents a broad cross-section of leaders across public, private, and civil sector. Expanding their mandate to include qualitative aspect of compliance and protecting consumer interest will be an extension of the accountability envisioned through its creation.

Disadvantage: The PTC, although an independent agency, is perceived by the public to be a spokesperson for the LTA. While fare review can be made objectively through macroeconomic indicators, maintenance standards is more nebulous and requires more administrative power than the PTC currently possesses.

Advantage: Continue longstanding principle of competition, with government getting on the ground to demonstrate feasibility of recommendations and therefore punish errant operators accordingly. Builds government engineering and operations capabilities to receive timely and detailed feedback on the state of infrastructure.

Nationalization has been a taboo, due to the huge deficits observed in cities like London and New York, but it is worth re-visiting given the extensive amount of subsidies we afford to our present operators. The BSEP already cost about $1 billion, and train upgrades since 2011 have cost another $1 billion. The government is in the best position to govern for the public interest, without “gaming” the system to maximize shareholder profit at the expense of the commuter.

Advantage: Puts government in the driver seat to determine capital and operations decisions. Corrects the current moral hazard of government receiving blame for negligence of private operators. Stems flow of subsidies created out of government being the guarantor-of-last-resort.

Disadvantage: Requires the government to build capabilities to run a private company. Organizational capacity to withhold such an operation is unclear, and there are no assurances that the government will create better outcomes. Nationalization also makes transport a more visible “national” problem, siphoning away political capital that need to be used to solve other issues.

Balancing between the three forces is difficult, and a consideration of both administrative and fiscal feasibility in carrying out the solution is crucial to the success of the solution. LTA’s decision for a “soft nationalization” by de-listing SMRT was a policy that prioritizes oversight to drive deeper reforms. Nevertheless, this risks hurting the credibility of fines imposed on operators in the event of a breakdown, and alternative mechanisms might have to be figured out in the medium-term in order to promote efficiency.