Home > Immigration > To Live Together: Focus On Our Differences 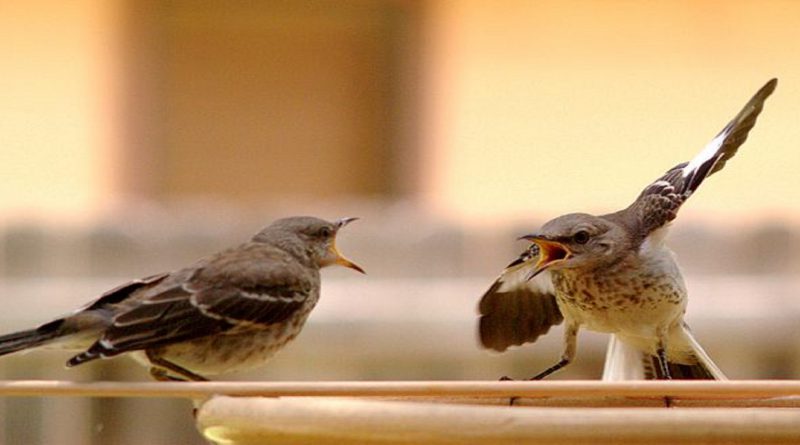 Our children will have to deal with a more divided world. They’re going to grow up in a world where simmering racial tensions have boiled over into street violence, where a crowing xenophobe can become an elected President, and where religious fundamentalists are able to rouse thousands to perish in their name. To thrive in this world, they’ll have to navigate a patchwork of fault lines, cultural differences, and ideological conflict. In 2014, then-Education Minister Heng Swee Keat acknowledged as much: “How we manage differences – to ensure that these do not become new fault lines which polarize our society – this will be our critical challenge in the coming years.” In short, Singaporeans of tomorrow will have to work towards addressing the differences that precipitate conflict – in all its guises and forms – today.

The scary thing is that, as a nation, we don’t seem to handle conflict that well.

It starts from the classroom. Students today are taught critical thinking – concerned with evaluation and the finality of judgment. Our model argumentative essays hew to a strict structure and carry a strong thesis. If we’re made to consider the opposing perspective, it’s often as a straw man to be defeated with a counterargument. In and out of school, we’re reminded that it is the forceful speaker who is rewarded, not the thoughtful vacillator.

To get our children started on the route of conflict resolution, we need to teach them the long-lost skills of perspective-taking, intellectual empathy, and probing to understand each other. This is where we have to marshal the considerable resources of our schools and teachers. From Humanities and GP classes to debate and drama clubs, schools abound with potential avenues to bring out our inner vacillator. One activity I conduct is to have the class arrange themselves in single file, according to how extreme their views are about a particular controversy. (This assumes that this controversy has two extremes.) Then, I get individuals on each side to pair up with their opposite number and discuss their respective points of view. This exposes students to alternative perspectives, and, if done well, coaxes our inner vacillator out of its hiding place: “I guess there might be more than one way of thinking of this issue…”

Another way of seeing this is by looking at the qualities of a thoughtful vacillator. They understand that an argumentative essay for English class is one thing, but real life is another. To this end, teachers might use authentic case studies to challenge students with open-ended role-playing scenarios.

Thoughtful vacillators might have internalized a point of view, but they understand other perspectives clearly at the same time. They understand F. Scott Fitzgerald’s words: “The test of a first-rate intelligence is the ability to hold two opposing ideas in mind at the same time and still retain the ability to function.” Thus, teachers have to motivate students to familiarize themselves with ideological arguments they might not feel comfortable fully embracing. At the same time, they will have to be aware of the developmental limits of internalizing multiple perspectives – tension can be generative, but it does not solely do good.

Thoughtful vacillators have a keen grasp of behavioral science, aware that we are inevitably plagued by cognitive biases which mar objective thinking. When our teachers gently point out these cognitive biases that oversimplify complexity and hinder perspective-taking, they explicitly teach how these errors affect our daily judgment and nurture thoughtful students. Our most common cognitive pitfalls include the confirmation bias, which subconsciously guides us to look for evidence that confirms our beliefs, and the fundamental attribution error, where we overemphasize individual character and underestimate the impact of situational factors. Overcoming each bias gives a student one more reason to doubt their first impressions, and one more reason to vacillate.

However, addressing intellectual empathy and perspective-taking in the classroom is an advanced pedagogical maneuver that few teachers feel confident executing. Local teacher education programs don’t yet prepare trainee teachers to – for instance – facilitate a discussion on xenophobia and race. To do so, we need diversity training. We need the skills to help students pry their entrenched perspectives away from the bedrock of assumptions that drive them. We need to draw from the teaching of democratic educators like Diana Hess, who in her seminal book argues that we need to create political classrooms which engage our students in thinking, “How should we live together with each other?”

Moving from pedagogy to policy, we need to reevaluate if our education system currently fosters an optimal climate for facilitating thoughtful vacillation. Having elements that are partisan when they should be impartial disrupts vacillation because it smacks of a ‘right’ way to do things and a ‘wrong’ way to do them. This proscribes and directs students towards one officially approved perspective at the expense of others. For instance, how many students have actually considered arguments for gay marriage, given the anti-LGBT attitudes pervasive in the hidden curriculum? Instead of paternalistically guiding students towards a pre-determined goal, we should strive to offer all sides of the debate – and then help students understand the motivations of each perspective.

Yet we are far from this goal. Instead of wrestling honestly with fault lines and conflicts, Deputy Prime Minister Teo Chee Hean called upon us recently to “focus on similarities not differences.” But differences aren’t so easily swept under the rug. Decades of research in social psychology suggest that we’re much better at identifying differences than similarities between ourselves and others. And as Singapore and her citizens grow more diverse, there will be even more potential fault lines for Singaporeans to grapple with in the years to come. It’ll be impossible to paper over the differences we share merely by emphasizing the shared experiences we have as a nation. If Singapore is to move forward, we need to focus on our differences – and work towards understanding why they exist.

The time has never been better – or more vital – for our children to grapple with the controversies and fault lines they’ll be forced to confront as adults. If we teach them the art of thoughtful vacillation, perhaps they’ll have a better chance of moving forward on the very same issues that their parents are currently butting heads about. Some might say that this politicizes our schools, but it is as much a political decision not to teach them perspective-taking skills as it is to do so. In an era of pervasive ideological polarization, let us work on nurturing a new generation of Singaporeans who are able to understand the multiple perspectives and complexities behind our fault lines.

Terence Tan graduated from New York University with a Honors degree in Psychology and History. He recently completed his Masters in Education (Human Development and Psychology) at the Harvard Graduate School of Education, and is currently completing his Postgraduate Diploma in Education at the National Institute of Education in Singapore. H