Home > Dialectic.sg > Should Singapore put environmental concerns above economic ones? 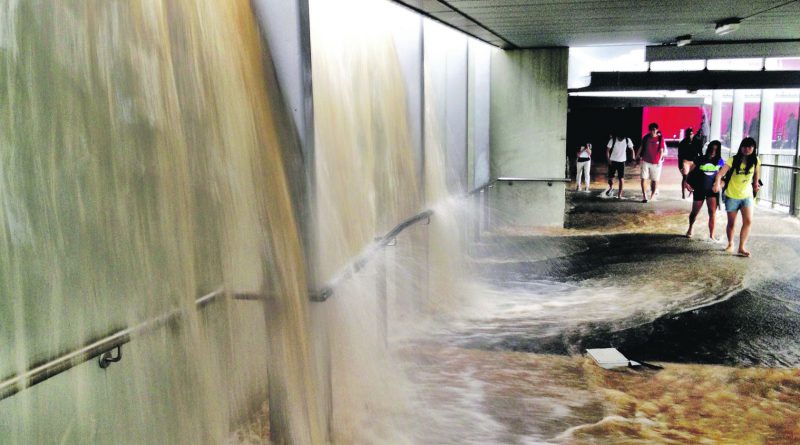 The United Nations Climate Change Conference is taking place from 30 Nov to 11 Dec 2015 in Paris. The goal is to reach a binding universal agreement. Even though Singapore is a small country, the effects of climate change on our people could be significant if sea levels rise.  On 3rd July 2015, Singapore submitted its new climate action plan to the UN Framework Convention on Climate Change. This Intended Nationally Determined Contribution (INDC) comes ahead of a projected universal agreement at the UN climate conference in December 2015. Singapore’s INDC states its intention to reduce its Emissions Intensity by 36% from 2005 levels by 2030, and to stabilise emissions with the aim of peaking around 2030. While these are laudable efforts, it appears that we have not yet made very significant policy shifts in our energy and carbon emission policies. Should Singapore as a whole take climate change more seriously?
FIVE THINGS TO KNOW
1. Efforts going forward are largely focused on energy efficiency rather than tackling carbon emissions.
The initiatives that have been introduced include energy management practices for large energy users and an energy efficiency financing scheme. Other measures to encourage companies and households to use energy efficient technologies include environmental sustainability regulations, the BCA Green Mark certification for buildings, and the Carbon Emissions-based Vehicle Scheme for cars and taxis. Former Minister for Environment and Water Resources Dr Vivian Balakrishnan stated in 2012 that Singapore would not impose a Carbon Tax on industries “for competitive reasons” – which means that economic growth continues to be prioritized over environmental concerns.
2. Singapore may not have invested sufficiently in our alternative clean energy options.
For its development of the energy mix, Singapore has cited difficulties in pursuing alternative energy options such as geothermal, hydroelectric, nuclear, solar, and wind power. Singapore now generates over 90% of its electricity from natural gas, a cleaner substitute for coal. However, while it has made the economy less dependent on coal, oil, and petroleum products, the use of natural gas damages the environment nonetheless.
3. Singapore’s carbon emissions are actually rising.
The Republic’s carbon emissions have actually more than doubled between 1990 and 2012, and are expected to rise over the next 15 years. This mirrors similar trends worldwide. A leading provider of bunker crude to vessels, Singapore also did not mention emissions from international shipping, which fall outside of the UN’s climate remit (which is the case globally as well). The shipping industry remains vital to the Singapore economy, with the government continually working for its competitiveness.
4. Land scarcity and rapid urbanisation have driven local deforestation.
Singapore’s rapid development into an urban nation has caused some neglect towards the natural environment. A study published by the National University of Singapore ranked the country as the “worst environmental offender among 179 countries”. The report was criticised by the Singaporean government for not considering our “unique circumstances”. In recent years, government plans to cut through the heart of the island for urban development have compelled the Nature Society to take positions in cases like Bukit Brown and the construction of the Cross Island MRT Line.
5. Environmental awareness has risen among Singaporeans over the years.
The government has led efforts in making environmental education part of the school curriculum. There is also a growing environmental consciousness among Singaporeans with initiatives taken by citizen groups and non-governmental organisations to protect the environment. The rise of global citizenry may also result in a highly educated and well-informed public, and this will bring implications for policymakers and other stakeholders.
POLICY DILEMMAS
1. Should a small country like Singapore be a follower of global climate change policies, or should we continue to strive to be exceptional by taking the lead?
Singapore has traditionally relied on energy-intensive industries like manufacturing, shipping, and oil refining as economic pillars for a prosperous society. Sustainable development is a recent concept which aims to integrate economic development, social progress, and environmental protection. Should Singapore be forward-looking, study the issues, and take proactive steps before the need arises, or should it only adjust its policies in tandem with the undeniably slow progress of international climate deals? In many areas of policy development, Singapore has had no qualms taking the lead – and even instituting unpopular policies that were very forward looking (such as ERP). Is climate change another area we should consider taking the lead?
2. Is economic development still more important than the environment in Singapore?
There may be a gap between what the city aspires to achieve for the environment and how much Singaporeans care on a daily basis. How does the government balance environmental narratives with the significant public interest in economic and social progress instead? Can environmental concerns help play a moral role for citizens, or should the government invest resources in other rallying calls like the care of the elderly, the less fortunate, and so on?
3. There are two perspectives to this issue.
Firstly, ordinary citizens will have views on their interests and aspirations for the issue of climate change. Secondly, policymakers and analysts will have views on how this issue should be handled and why, given the competing choices. If Singapore is to adopt forward-looking policies and invest proactively, the government would have to shape futures and may seek to come up with sustainable development strategies instead of being dependent on the progress of climate deals abroad.

The dialectic.sg is a website that aims to promote better debates for a better Singapore. Topical policy dilemmas are explored with a fact-based background brief (reproduced above), and commenters are invited to debate the policy options using a patent-pending commenting system that encourages more respectful and rational comments. Various insights on the outcome of the debate are also automatically generated to help those following the topic.