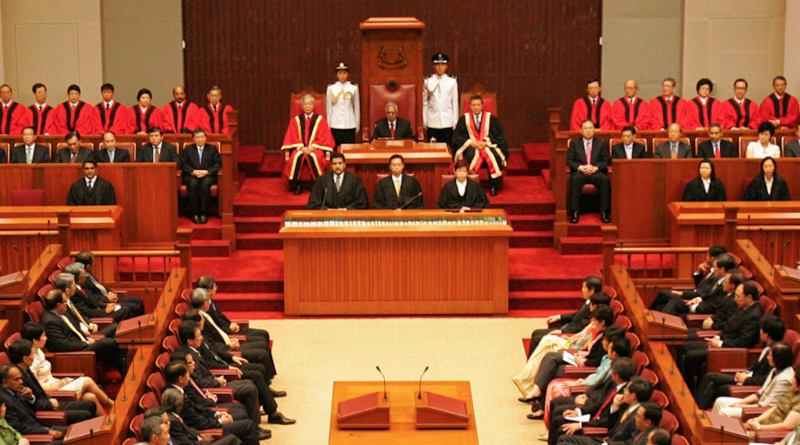 Post-GE2015, talk has primarily focused on the euphoric victory of the People’s Action Party (PAP) and analysis of its success factors. Not much analysis, however, has been published from the voter perspective. A common dilemma for the typical voter is having to choose between their needs and their wants: the candidate most able to serve their own needs, and want for a greater diversity of views in Parliament. This can become problematic because it puts voters in a dilemma, muddling their electoral choice. In GE2011 we voted for our ‘wants’. In GE2015, we voted for our ‘needs’. Will the next GE see a swing back to our ‘wants’?

In war, a good strategist will put the enemy in a constant dilemma and attack when the enemy is the most confused. But citizens are not enemies. We need to fix the system to make the voting experience more voter-friendly – to allow voters to vote according to their heart without needing to choose between their need and wants; to choose both for Singapore’s long term benefit.

To be fair, this current phenomenon is not the fault of any agency because systemic changes are tough to initiate. For one, the PAP Government has attempted 2 rounds of incremental changes – the introduction of Non-Constituency Member of Parliament (NCMP) to institutionalise political diversity in Parliament in 1984 (v2.0), Group Representative Constituencies (GRC) to level the playing field for minority candidates and the Nominated Member of Parliament (NMP) scheme to include civil society voices in Parliament in 1988 (v3.0). Any additional systemic change initiated by the PAP Government may invite the criticism that it is politically motivated. That is why we seldom see strong incumbent Governments in modern history making radical changes to the political system unless an exogenous shock (crisis) necessitates it and people provide a mandate for it.

Therein lies the problem. At SG50, our political system is still fundamentally a British Westminster first-past-the-post majoritarian system, with the Prime Minister (Head of Government) serving as the first amongst equals (primus inter pares) supported by a non-partisan civil service. In the British system, however, there is the Upper House (of Lords) and Lower House (of Commons). We only adopted the Lower House. In recent years, the British have even evolved their system to increase the number of non-hereditary Lords in order to enhance the advisory capabilities of the Upper House.

Our unicameral system seems to have placed several stakeholders in difficult dilemmas and might have become increasingly inadequate for our needs. Firstly, voters are forced to choose between serving their needs with able MPs and their want for diverse views. Secondly, we expect MPs to do local grassroots work while advocating for different policy matters, but both roles require different skillsets. Is that perhaps too demanding? Recently, more MPs have started taking on their role full-time. There is therefore scope to consider allowance differentials for full-time MPs, with more tasks and/or complementary jobs (social work, academia, think-tank) given to them to encourage a greater dedication to ground work, whilst still retaining the sectoral expertise offered by MPs with full-time professional jobs.

The PAP isn’t spared from this dilemma. As a result of having to balance the people’s desire for political diversity and the need to serve municipal needs, potential Ministers are placed in GRCs anchored by heavyweight Ministers at the cost of more established MPs being moved to helm Single Member Constituencies (SMCs) or join other GRCs. These frequent MP changes compromise the ability for rapport to be built between MPs and their residents, leaving residents on the losing end. A system of bicameralism might lighten this dilemma by allowing diversity and municipal needs to be served in the Upper and Lower houses respectively.

We question three underlying assumptions about the current system: (1) is unicameralism the best for Singapore? (2) must Ministers be elected MPs? (consider India, where Prime Minister Manmohan Singh was not an elected MP and was instead nominated to the Upper House, or Indonesia that has technocratic Ministers appointed based on expertise) (3) can the diversity of views only be manifested through elected Opposition MPs?

We propose Singapore-style bicameralism (v4.0) as we progress towards SG100. We can consider an Upper House (of Advocates/Councillors/Penghulu) comprising well-respected leaders assigned with advisory functions over sectoral policy issues. Candidates that come to mind include community leaders whom Singaporeans trust, such as Gerard Ee (entrusted to lead fair review of Ministerial salaries), Ho Kwon Ping (entrusted with establishing Singapore Management University as its Chairman) or sectoral experts such as Ngiam Tong Dow and Tommy Koh, a seasoned diplomat. The list goes on. To a certain extent, it is an amalgamation of the Justice of the Peace (JP), Council of Presidential Advisors and NMP systems. It will create a system of House-appointed and elected Wisemen that do not tip the balance too far toward gerontocracy (rule by elders), a problem that has plagued several countries with such Upper House systems.

Exact details of the Upper House need to be deliberated as a ‘whole-of-nation’ effort but a few considerations should be made. First, to be an effective advisory power, the Upper House’s terms of reference must include sufficient powers to cross-check policies. These could include the power to initiate new bills and veto Lower House bills, oversee the function of the Presidency (appointment of key officials, reserves) and perhaps the requirement for Upper House approval for constitutional amendments.

Second, the Upper House needs both appointed and elected members in sufficient numbers and a sensible proportion of both to give broad-based advisory without being too large or unwieldy. The appointment system safeguards against the vagaries of Lower House elections while also inducing a congregation of experts who might not have otherwise served because of an unwillingness to participate in the electoral process as a candidate. The elected system will elect private and people sector leaders (political parties included) based on their ability to offer diverse views in Parliament, judged often through their prior writings, speeches, actions and/or civic contributions. Elected members would be expected to consult their respective sectoral groupings (their constituencies) throughout their term.

Thirdly, Ministers and office-holders can be appointed from the Upper House. This may be especially crucial for certain Ministerial posts. For example, do we want the Foreign Minister to be hardworking internationally (for Singapore’s interests) or domestically (for residents)? Time is finite and Ministers are humans too. However, the Prime Minister should be required to be an elected member from the Lower House to demonstrate electoral confidence in his/her leadership.

Fourthly, the Head of Upper House could be elected as President (Head of State). This suggestion stems from reflections that the Presidential Election today has become a proxy battlefield for partisan contest and will continue to be so, defeating the original intent of the President’s office.

Lastly, Upper House members should be remunerated according to the solemnity and importance of their work, with reciprocated expectations of performance to advance Singapore and Singaporean’s long term interests.

Besides structures, we could also increase the diversity of views within the existing institutions through processes. Firstly, instead of having Government Parliamentary Committees (GPCs), we propose 4PCs (Public, Private, People, Parliamentary Committees) comprising members from all four sectors including Opposition politicians and civil servants in their capacity as public sector representatives. Membership to the 4PCs should be based on relevant expertise, experience and a heart for Singapore. The 4PCs should be given more data access in order to crowdsource, conduct public consultations and make policy recommendations. The 4PCs’ work must be rigorous in order for it to act as an effective cross-check on Government policies. Secondly, besides the Cabinet-heavy decision-making process and deliberation of Bills and White Papers in Parliament, there is scope to actively use the Green paper (tentative bills) for intensive discussion in Parliament (debates are what Parliament is designed to do).

We understand that each country needs to grow its own political institutions in a manner that suits its context and conditions. With that in mind, some form of a check to guard against blindspots and complacency is useful but must be balanced against the risk of over-checking that may lead to the kind of parliamentary gridlock observed in other democracies. A good political system must be able to efficiently aggregate people’s voices and allow for robust debates to strengthen policies for the benefit of Singapore and Singaporeans. Therefore, the political system of the day, regardless of form and substance, must ensure Singapore’s survival and prosperity for the people, with the people, and as one people.

Phua Chao Rong, Charles is a Lee Kong Chian Graduate Scholar and PhD Candidate at Lee Kuan Yew School of Public Policy. He serves as President of Association for Public Affairs, Organising Chairman of SG100 Compass: Youth Edition and Editor-in-Chief of Asian Journal of Public Affairs. Inderjit Singh is CEO of Solstar International Pte Ltd. He served as a Member of Parliament in Ang Mo Kio GRC for 19 years and volunteered to step down in the recent GE2015 elections.

An excerpt of this article was published in the Straits Times on Dec 1 2015.
Featured Photo from Singapore Press Holdings.