Home > Op-Ed > Countering the Narrative of Terrorism: Role of the Singaporean Community Crucial 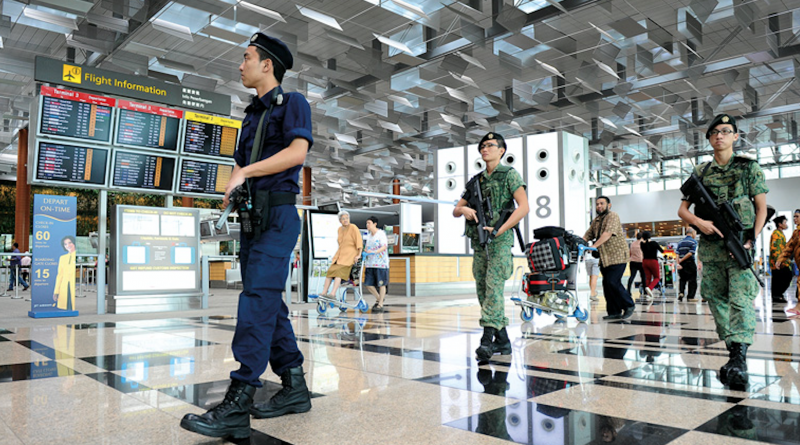 Singapore has been shaken by news that two teenagers have been lured by the ISIS narrative to engage in terrorist acts. The Singaporean community has an important role in meeting this challenge to national security.

The recent detention of two Singaporean teenagers for being involved in terrorism-related activities is a matter of serious concern for all Singaporeans, for several reasons.

Firstly they are some of the youngest would be “jihadis” encountered thus far. Post-secondary student M Arifil Azim Putra Norja’i is 19 years old while the other unnamed individual is only 17 years old. Secondly, not only had Arifil desired to travel to Syria to join the Islamic State in Iraq and Syria (ISIS), he also planned to carry out attacks on public places and prominent leaders in Singapore and attempted to recruit others to join him. Thirdly, Arifil attempted to link up with ISIS by befriending people online who he thought could help him join the terrorist group.

The threat posed by such young recruits to militancy is potentially long-lasting; should they succeed in going to the Middle East and joining ISIS they will become battle hardened, and if they survive, become the nucleus of a group of Southeast Asians in the ISIS ranks. Upon their likely return to Singapore they will engage in terrorist acts, thereby extending the reach of ISIS to Southeast Asia.

However, the issue of very young people getting involved and taking an interest in terrorism, especially in ISIS, is not exclusive to Singapore. It is a trend seen in many countries, including Indonesia and Malaysia, with teenagers some as young as 14 years old, making attempts to travel to join ISIS. Many are drawn to the ISIS propaganda on the Internet and the social media.

In order to prevent terrorist groups from taking root in Singapore and radicalisation permeating into the community, the security authorities need the support of all segments of society. Family, friends, school, religious leaders and the community at large all have a role to play in countering radicalisation. The case of Arifil is illustrative. He was reported to the authorities by a member of the community who knew him and noticed the changes in Arifil’s behaviour enabling further investigation to be done.

Friends and family members who are aware of similar behavioural changes in their circles can do likewise. They should realise that reporting their friends’ suspicious behaviour is not “putting them in trouble” but helping them from causing greater harm or damage to the community.

On a broader level, there needs to be more community engagement programmes in schools and for the community to raise awareness of the dangers of radicalisation and the distorted and extremist ideology of ISIS and such groups. With early intervention, religious teachers can come forward to help vulnerable individuals from becoming even more radical in their understanding.

In Singapore, such counselling has been given by the Religious Rehabilitation Group (RRG), to citizens who have been influenced by radical ideology since 2003. Since its inception, RRG has provided religious counselling for members of Jemaah Islamiyah (JI), self-radicalised individuals and also their family members. In its ongoing efforts to counter ISIS narratives and engaging the community, RRG has published two public educational pamphlets – The Syrian Conflict and The Fallacies of ISIS Islamic Caliphate – which can be found on RRG’s Facebook page.

Singapore has also adopted a system of recognition of Islamic teachers and scholars called ‘Asatizah Recognition Scheme’, they are accredited to teach Islam to the public so that they are not religiously misled or become self-radicalised by materials found on the internet and extremist websites.

Countering radical ideological narratives has to be done both online and offline. ISIS has exploited the Internet, especially the social media to disseminate their ideology and propaganda. There are 46000 Twitter accounts supporting ISIS globally and at least 1000 Facebook accounts of the same nature in Southeast Asia. To counter ISIS online, the community needs to work with the social media as well. For example, Facebook and Twitter have taken down accounts of ISIS members and supporters that post ISIS narratives. Shutting down of such accounts is necessary even though some analysts might protest that such a measure would cut off access to a trove of information about the extremist groups. Removing online support for ISIS ideology is one of the ways to carry out the uphill task of countering online extremism and radicalisation.

There is also a need for an online model to counter extremism and terrorism online. Such efforts should complement successful real-world engagements which are already taking place today. Participants should be moved to be the counter force and play their role to spread the message of peace. Not only would this create an effective dissemination of counter messages, it would also provide continuity in community engagement efforts on the ground.

On a positive note, the announcement of the arrest and detention of the two teenagers by the Ministry of Home Affairs (MHA) came with news that three former JI members who were under Detention Order (DO)had been released under Restriction Order (RO) and five individuals under the RO had their RO lifted. They had all been receptive and cooperative to rehabilitation.

While the fight against radicalism is not over, it is also not a lost cause. The two teenagers who have been detained can change and there is still room for them to become responsible Singaporeans with proper engagement, religious counselling and support from families.

This op-ed first appeared as an RSIS Commentary.