Home > Elections > Can Singapore be both the exception and the rule? 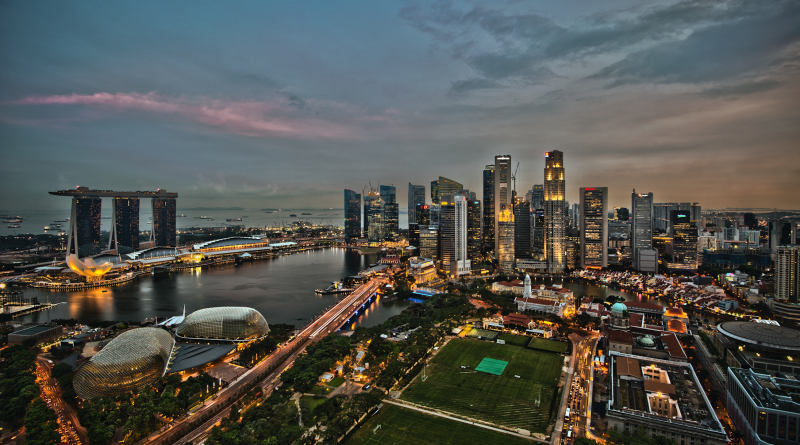 Seeking the highest office in the land, then-governor Ronald Reagan launched his candidacy for the Presidency by declaring that the United States of America “will become that shining city on a hill”, by “uphold(ing) the principles of self-reliance, self-discipline, morality and, above all, responsible liberty.” Earlier this year Prime Minister Lee Hsien Loong spoke of how the principles of “multi-culturalism, self-reliance and mutual support…have made us special.” In the wake of SG50 and facing an imminent election of his own, he went on to say that “Singapore has to stay special…we have to be a shining red dot.”

The rhetorical similarities are uncanny but so are the socio-political narratives. Both nations owe their survival and subsequent success to their early political leaders who are similarly venerated as “founding fathers” and “pioneers” in their respective countries. They pride themselves on an industrious work ethic – the American Dream and the novelizations of Horatio Alger are to Americans what Meritocracy is to Singaporeans. Both countries work to encourage rugged individualism among their citizenry and purport to enhance it with their unique brands of political infrastructure. Above all, neither country believes the norms of political reality apply to them; America has often flouted the conventions of international law in its foreign policy, while Singapore defies the developmental rulebook as a small but prosperous nation. Yet, as both nations face impending challenges to their dominant positions, their responses could not be more different. In America, presidential hopefuls struggle to frame their candidacies as a reclamation of America’s greatness. In Singapore, we instead reinforce the idea that we are already “special”.

This divergence should give us pause, because the conception and construction of Singaporean exceptionalism is different. While American exceptionalism is based on an innate belief in its potential and mission, Singaporean exceptionalism is built around its improbable accomplishments since independence and the trade-offs that must be made to ensure their continuation. Emblems of these can range from high PISA scores to having the best airport in the world, but all illustrate how Singapore, having transcended its status as a small island nation, has become exceptional. And having accomplished such feats with seemingly unorthodox methods, we now pride ourselves on the paradoxical socio-political norms that form the pillars of our government. Singapore is a democracy without the usual liberal institutions and a multiracial society without conflict. We now stridently promote our defiance of the developmental/democratic rulebook and assert our differences openly – particularly in unflattering comparisons to neighbouring Malaysia or bloated European economies. It is this paradigm of exceptional accomplishments, and the belief that we can thrive by our own rules, that form the basis of our exceptionalist narrative.

But at its core, Singaporean exceptionalism needs the sustenance of regular and noticeable successes to refresh belief in its relevance. It is this reliance that makes this brand of exceptionalism far more easily lost. Without the trappings of success, Singaporean exceptionalism would have little to show for its unorthodoxy. It then follows that the narrative of exceptionalism in Singapore is almost always merged with a seemingly contradictory concession that we are also in a constantly precarious state, with local and global threats lurking just around the corner. Over time it has been nuanced to speak of how we “took advantage of disadvantage” and “turned vulnerabilities into strengths”. Yet believing that we are special enough to defy the odds, but always vulnerable, effectively narrows the range of ideas that can be considered, let alone debated.

Troublingly, the PAP has long relied on this assumption in framing policy. As stewards of Singapore’s ascension over the past 50 years, they can claim exclusive rights to the arcane knowledge of what makes the Republic special and what makes it weak. They are able to draw on Singapore’s track record of success and assert that no one else (by virtue of being non-PAP) can replicate or continue that success. The incumbent’s chosen lines of attack at the recent election are evidence of this: 1) the opposition’s policies would cripple the nation’s economy/military/stability or 2) we have the plans/team/knowledge to keep Singapore special while “they” do not. From Vivian Balakrishnan’s “Road to Greece” exhortation to Ng Chee Meng’s “Singapore’s exceptional story is based on hard work, exceptional leadership” and even Lim Swee Say’s “Heng ah (to be Singaporean and not Malaysian)” – the party draws liberally from this idea and thus portrays itself as the only possible steward of Singapore’s continued exceptionalism. In so doing, the party’s rhetoric of pragmatism conflates Singaporean exceptionalism with PAP exceptionalism – making the party unassailable, since debating the PAP becomes tantamount to critiquing Singapore’s accomplishments and potential.

In the face of this, electoral debate revolves around party and personality rather than the nuances of policy – a contest over PAP exceptionalism. Granted, Singapore remains a country of remarkable accomplishments and leadership. However, having been weaned on the narrative of exceptionalism, we no longer feel the need to interrogate party platforms so much as the parties themselves. And as compelling as this state of affairs may be for any incumbent, it is hardly a responsible way to frame the country’s acute policy dilemmas. The exceptionalist narrative has trickled down to the population in the form of a risk-averse paradigm focused on doing things the ‘Singapore way’ (i.e. running Singapore the way it has always been run for the last 50 years). When ideas are brought forward by the government, they are passed through Parliament with little public scrutiny, because accepting exceptionalism effectively negates the need to question policies. In some way, this makes intuitive sense. The PAP has already proven itself to be exceptional on every front: its pragmatic flexibility, its well-educated and accomplished leadership, and its promise of guaranteed success. Questioning seems like an unnecessary public exercise.

Ironically, this might be at the core of the PAP’s weakness: the antipathy towards debate neglects awareness of the difficult trade-offs involved in policy dilemmas and makes the process impenetrable for the average citizen. The PAP’s brand of pragmatic governance begins to suffer under such a culture. Initiatives like Our Singapore Conversation can therefore only elicit platitudes of incremental change that merely validate the existing approach. The result is a disempowered electorate unable to offer imaginative opinions but expected to suffer policy compromises in silence. It is thus unsurprising when the public reacts with angry, sometimes unreasoned, criticism over contentious issues such as immigration and transport.

This is unsustainable because the impending challenges to Singapore’s growth will demand varied ideas – ones that cannot be drawn solely from a few luminaries at the top or from reference to our past. Any future government will instead be confronted with disruptions that will reshape both our economy and society. Understanding and harnessing these ideas requires an empowered public in an expanded space for debate – one that acknowledges the individual at the fore of global trends, and transcends the boundaries of national exceptionalism. If we are to embark on fair, reasoned debate on our future – the kind the PAP itself desires – we must start by judging our political parties on the strength of their ideas, and the calibre of their policies. In short, we must resist the comfortable embrace of exceptionalism.

Hygin Prasad Fernandez has completed a BSc in Policy, Communication and Ethics and is currently pursuing an MBBS at University College London. He has worked on risk and medical futures for the National Health Service, the Ministry of Health (Singapore) and Deloitte.

Nicholas Tan recently graduated from the University of Oxford with a BA in Law. He has worked on political risk and strategic futures with think-tanks in London and Paris, and the Prime Minister’s Office in Singapore.

Send us an op-ed of your own here.