Home > Dialectic.sg > Should the finances of religious organisations be more strictly regulated? 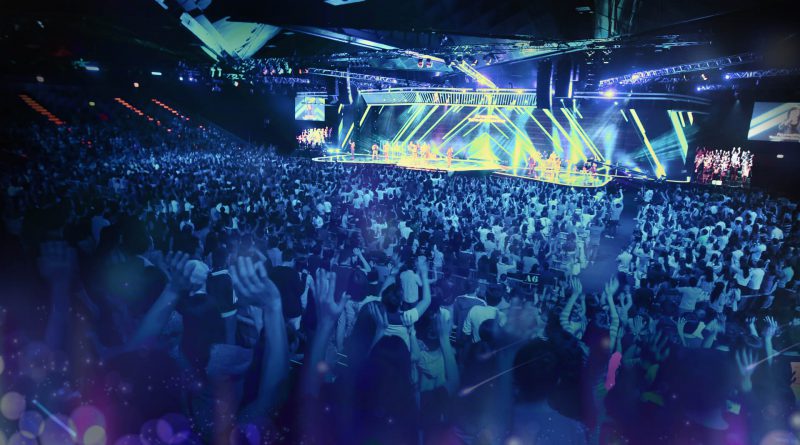 On 21 Oct 2015, all six defendants in the City Harvest Church case were found guilty of Criminal Breach of Trust in the false declarations and misuse of approximately S$50 million in church donation funds (for varying purposes, primarily to fund the international singing career of the Pastor Kong Hee’s wife, Sun Ho). Public queries have been raised about Pastor Kong Hee’s $10 million dollar penthouse in Sentosa, and his wife’s expensive lifestyle. In 2007, Venerable Shi Ming Yi was caught for misuse of $50,000 of charity funds from Ren Ci Hospital (which was established by his Buddhist monastery) and numerous “questionable” loans to fund his lavish lifestyle. Although no wrongdoing has been insinuated, public queries have also been raised about the New Creation Church’s billion-dollar project with Capitaland to build a commercial retail venue in Buona Vista using charity funds. Their leader, Joseph Prince has also been cited as having a net worth of over S$6 million.  In 2014, there were 1071 charities in the religious sector, out of a total of 2180 charities in Singapore, which collected over $2.1 billion in 2013 alone, and accounted for 15% of all charitable receipts. Large religious organisations are thus coming under scrutiny now – are the rules governing their use of finances too relaxed today, thus leading to these excesses? Or is it just a case of a few black sheep spoiling the name for all religious organisations?

Religious organisations in Singapore are governed mainly by the Societies Act. This act requires the group to register with the Registrar of Societies, and provide an annual report of their accounts and financial statements (but the requirements for these reports are not as stringent as those from business entities). There is a “Code of Governance” that societies are encouraged to (but not legally required to) adhere to. The Code specifies the following on financial issues: “The income and property of the Society …shall be applied towards the promotion of the objects of the Society … and no portion thereof shall be paid or transferred directly or indirectly …by way of profit to the persons who … are or have been members of the Society…” Although the Code is not legally enforceable, the Code states that all societies that have income or expenditure above $500,000 must be audited by a qualified company auditor and submit this audited statement of accounts to the Registrar. There are no restrictions on what a religious organisation may or may not invest in, so long as it is not in breach of other laws.

Religious groups are not by default classified as Charities under the Act, and must apply for such status. The “advancement of religion” is considered a charitable purpose. There is another separate “Code of Governance” produced by the Charities Council, but the provisions in that Code are not legally enforceable, and the Commissioner of Charities adopts a “comply, or explain why not” philosophy. Since 2013, the externally-audited account summaries for larger charities are placed online at the Charity Portal for public scrutiny. The income from all Charities is tax-exempt, although there has been some debate on this. Properties purchased by Charities can also be exempted from property tax. Some have also questioned whether religious charities should be regulated separately from other charities.

The Commissioner of Charities released a guide for charities that wish to invest in “non-primary purpose” business activities (i.e. areas unrelated to promoting their cause). These activities should be conducted by a separate legal entitity (a company) and will be taxed similarly to other companies. There are no legal restrictions on investing in such areas, as long as it is not criminal in nature and the use is properly accounted for in the audit report. However, the guide recommends that the profits from such investments be ploughed back into the charity and “not be used to further other non-charitable purposes or for personal gains.” The guide also warns: “Charities are set up for exclusively charitable purposes. It is strictly prohibited for a registered charity to engage primarily in or to spend a significant amount of their resources on non-primary purpose business activities.” However, it was noted that NUS don and Charity Council member Mr Mak Yuen Teen that, “the religious sector tends to have lower compliance with the code of governance on the degree of management involvement in the governing board… because some view these as secular guidelines which do not really apply to them.”

The most major case in the Charity sector was the corruption case against the CEO of National Kidney Foundation (Mr T.T. Durai) in 2006, where he was found to have misused the donor funds to install a golden tap in his office, and fly First Class. His hefty salary of $600,000 was also questioned. The resulting public backlash resulted in a resulted in a review of the Charity sector’s regulatory framework. For Religious Organisations, there have also been significant questions raised and some scandals. The key cases are:

City Harvest Church: CHC’s $310 million investment in a Suntec property, and Pastor Kong Hee’s expensive personal assets raised eyebrows. What got them into legal trouble, however, was the sham investments and financial trickery to hide over S$50 million in donation funds that were used to support the singing career of Sun Ho, the wife of Pastor Kong Hee. All 6 leaders were found guilty of Criminal Breach of Trust.

Ren Ci Hospital (under Foo Hai Ch’an Monastery): Venerable Shi Ming Yi and his aide were found guilty of misusing $50,000 from the charity’s funds, and questions were raised about his lavish lifestyle and assets he held.

Church of St Theresa: In 2004, Catholic Priest Joachim Kang was found guilty of embezzling over S$5 million in donated church funds, for his own use.

New Creation Church: No evidence of wrongdoing has been found or insinuated. However, questions have been raised about the high personal net worth of the senior pastor Joseph Prince (estimated S$6.3M by US websites). NCC’s partnership with Capitaland to develop a $1 billion multi-use complex in Buona Vista was also queried by the public.

Singapore is not alone in facing challenges regulating this sector. The Economist claims that the massive finances of the Catholic Church in USA (estimated at US$171 billion) have been improperly managed, and cited regulation as one possible reason. In USA, state laws that apply to businesses are often relaxed for churches, and churches are also tax-exempt. Some ideas that have been locally raised to improve governance include having laws to protect whistle-blowers, encouraging donors to question the usage of funds more rigorously, and even more vigilance from the Commissioner of Charities. Singapore’s Code of Governance and oversight of the finances of religious organisations is considered already very developed.

There are existing criminal laws on fraudulent or criminal use of funds, and these laws were used to prosecute all the high profile religious organisation leaders in Singapore. Hence, there is merit to the claim that the correct rules are already in place, but there will always be “black sheep” who choose to break the laws and thus it is not a matter of what new laws should be imposed. At the same time, there is also merit in reviewing whether the finance rules are insufficient because the lack of strict oversight allowed such malpractices to take root in the first place. If there had been stricter financial rules, these cases might have been avoided altogether.

It may not be desired for the Government to take a more involved stance on religious organisations, as it would be a sensitive and potentially problematic proposal for them to dictate what is the “right” way to do things in (for example) a Church or Temple. The ‘light touch’ approach has been accepted in this sector by all parties, and changing it would be difficult.

The dialectic.sg is a website that aims to promote better debates for a better Singapore. Topical policy dilemmas are explored with a fact-based background brief (reproduced above), and commenters are invited to debate the policy options using a patent-pending commenting system that encourages more respectful and rational comments. Various insights on the outcome of the debate are also automatically generated to help those following the topic.