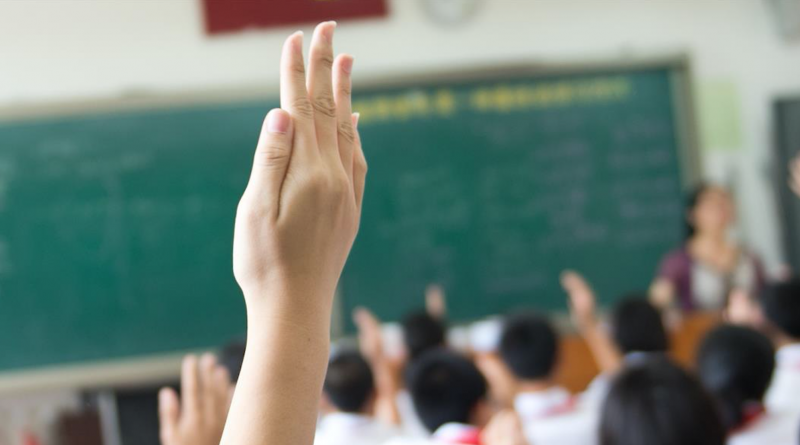 For Singapore to flourish as a democracy in the next 50 years and beyond, she will need to treat education not just as a means but also as an end unto itself, as well as improve on pedagogy.

Singapore’s education system, alongside those of Finland, South Korea, and Japan, has been championed as one of the best in the world. As a country, she consistently performs well in international assessments such as those conducted by the Program for International Student Assessment (PISA). Is Singapore’s education system enough to propel the country forward for the next fifty years? What exactly is she doing right? What can Singapore do better in? Is her education system sufficient to cater to the needs of a flourishing democracy?

Trite as it is, Singapore’s oft-cited status as a small city-state with no natural resources cannot be ignored; that one of her most — if not the most — important and valuable resource is her people will be a reasonable prima facie in the context of this piece. Surrounded by much larger neighbors with much larger economic potential, it is thus no wonder that Singapore’s early, post-independence education system was pragmatically directed at economic survival and prosperity. Economic growth and sustainability was the most urgent matter that she needed to address as a nation, and she has indeed tackled it skilfully through her education system which has prepared her citizens well for the workforce. Throughout primary and secondary school, Singapore has provided a solid foundation in language, mathematics, and the sciences through a rigorous curriculum, with more depth explored at the junior college level. The higher education system then ensures that we are vocationally competent through the establishment of academic institutions such as our polytechnics, the Institute of Technical Education, and universities. More recently, the government has recognized the importance of a knowledge-based economy, and has hence made the necessary adjustments through the Ministry of Education by updating syllabi as well as increasing support for academic institutions and centres such as Biopolis, Fusionopolis, and A*STAR.

All this good aside, Singapore can do so much better. Here, we address several criticisms. It has been claimed that the system is too results-oriented, which leads to stress and is not conducive to learning. Part of the criticism is that our education system relies too much on rote-learning; whether this is because the system encourages it or due to enforcement by parents and other influences is irrelevant. Now, some rote-learning is inevitable, especially in foundational knowledge. For example, it is important to know your basic times tables like the back of your hand — there is no doing it any other way. The problem surfaces when we tend to over-rely on it, especially in mathematics and physics. The result is that learning something which is otherwise deducible becomes far more difficult, and this difficulty is amplified by the sheer amount of things that students will be forced to memorize should they rely mostly on rote-learning. This in turn leads to frustration and worse — studying now becomes a seemingly pointless chore instead of a healthy and fun activity. Yes, it requires hard work. However, just like how soccer players learn to accept and even love training and drills so as to do well in the game, students can do the same with regards to their studies. And just like how soccer players enjoy the fruits of their labor when they actually play the beautiful game well, students can and will experience pleasure when they understand and gain new knowledge. These will serve them well in the game that is life. Rote-learning cannot deliver this. Only true understanding and comprehension can.

Speaking of true understanding and comprehension, we have to ask ourselves if Singapore’s education system is conducive to such aims. While Singapore gets the facts right, she could do better in terms of pedagogy by properly imparting the spirit of the quest for knowledge. Take science as it is mostly taught today. In recent times, it is taken to be a collection of knowledge about the physical world that can be explained through reason, with its results reliably replicated and applied. Singapore does an excellent job of passing down such knowledge; her science syllabi is rigorous, covering both depth and breadth. In addition, her students do perform well relative to their peers in other countries, as previously mentioned. However, the most crucial aspects of scientific methodology are not emphasized enough, and many students exit the education system without realizing that science is fundamentally about healthy skepticism. As a systematic study of the physical world, it relies strictly on empirical evidence to validate and support one’s arguments and theories. While Singapore’s students are fortunate to have an up-to-date scientific curriculum, her education system has for the most part failed them with regards to its most important function: true freedom from epistemological tyranny, and the ability to distinguish for themselves legitimate science from pseudoscience. The derisive “nanny state” analogy is apt here. While under her care, they are safe; once free, they are less equipped to discern good arguments from the bad, and may even end up being misled to reject the previously taught and currently accurate arguments for poorer ones.

This, however, can still be remedied, and the solution is surprisingly simple: Singapore needs to encourage her students to make a habit of asking several important questions when faced with a truth claim, instead of accepting it at face value. Is this an opinion, or an argument? If the latter, what explicit and implicit assumptions did the argument make? Are these assumptions valid? Is the argument coherent and compelling? When valid evidence is available, always factor it into the equation. It also certainly helps to consider counter-arguments together with the evidence supporting them. While it is important to know why one argument makes sense, it is equally important for the sake of truth and objective decision-making to understand why another is poor so as to know why some arguments are better than others and not all equally valid. This will help us discriminate against poor arguments in favor of better ones as well as check against fallacies and our inherent cognitive biases — and there are so many of them! It is important to acknowledge that as much as we think we are rational, we are far from perfect rational beings. Singapore needs to move on from not just teaching what to think, but also how to think, lest we raise an educated but passive population rather than an autonomous and reflective one.

That we ask too few questions is a problem that is endemic in Singapore’s education system because she treats education mainly as a mere means to an end — ends such as good job prospects and bettering the life of her people. While these are certainly noble, they are arguably better achieved as a consequence of treating education as an end in itself. If Singapore teaches mere facts instead of how to learn or think, we are not encouraging active questioning, which is a natural part of education and the driver of learning itself. Just like how most of the pleasure of enjoying food is in the eating and not the full stomach, treating education as an end in itself will encourage people to love and naturally hunger for it. The best part is that unlike the stomach, our brains have a virtually limitless storage space. Training minds to be inquisitive is far more effective than inundating them with facts and requiring them to meet certain standards, which makes the learning process a chore. It strips and cheats growing children, teenagers, and even adults of the joys, wonders, and benefits of learning, unfairly and unnecessarily characterizing learning as difficult labor that may possibly not be worth the rewards. An inquisitive mind with a love for learning will naturally thirst for it, seeking out new knowledge on its own and improving on what it currently knows — a good education system merely has to guide it along on its journey. Needless to say, learning through reading and other mediums is correlated with better results, and also leads to greater creativity because the student has a greater pool of resources and influences to work with; it definitely works far better than tuition, simply because an inquisitive mind drives itself. Most importantly, a democracy requires a population that is not only well-read, but also able to critically assess the validity of new information if its people are to make informed political and social choices.

Now, we have discussed the sciences very thoroughly. Much of the aforementioned applies to the “soft” subjects too, and it is unfortunate that the arts and humanities are still given unequal support in Singapore. Even if the arts had to take a backseat because it was not considered as crucial as mathematics, science, and other vocational disciplines in building a world-class economy, we have now accomplished that and thus there is no justifiable reason why this should continue. Isn’t the whole point of earning our keep to live the good life? And the good life is not merely money and material goods — the arts are inherently a part of it. What is the point of a good life if we cannot share it by expressing ourselves? The arts is the medium through which we accomplish this, and it requires in-depth study, self-reflection, and an inquisitive mind too. Likewise with the humanities, which are the rightful companions of the sciences. While the latter tells us what is, the humanities — in particular, philosophy —can help us determine what ought to be through critical thinking and reflection. These two sets of academic disciplines are inseparable. Relying on the sciences alone to make political and moral decisions is unwise, because it merely describes the universe without telling you how it should be; on the other hand, making decisions without data from the sciences is akin to taking a gamble, because you are making — at the very least — a poorly informed decision.

Finally, we must ask ourselves whether it is crucial that Singapore improves upon its education system. In order to continue flourishing in the next fifty years, the answer is a firm and resounding “yes”. Given our successful country and a complex world political climate, it is imperative that we know how to navigate it, and navigate it well. Coupled with a strong sense of empathy for our fellow citizens (not just of our country, but of the world), this improved, rigorous, and multi-faceted education system can serve us not just by remaining competitive in the world economy, but also in progressing and adapting to our ever evolving social needs and political climate. A more educated population, both in terms of breadth and depth, is good for politics. Not only will we have a better educated population to draw our politicians from, but a healthily skeptical public will also be able to co-operate with the government or keep them in check with good, rational arguments when the situation calls for it — and it will come, as politicians are human after all. A good education system is necessary for a good democracy to flourish. If we are to continue doing so in the next fifty years against what is still admittedly long odds, we have to make improving our education system our number one priority, especially if we wish to be a democracy.

Michael Anthony is a Singaporean student at Yale-NUS College (Elm). A Junior, he is majoring in Mathematics and minoring in Philosophy. Michael’s idiosyncratic academic interests include set theory, geometry, ethics, political philosophy, and epistemology.