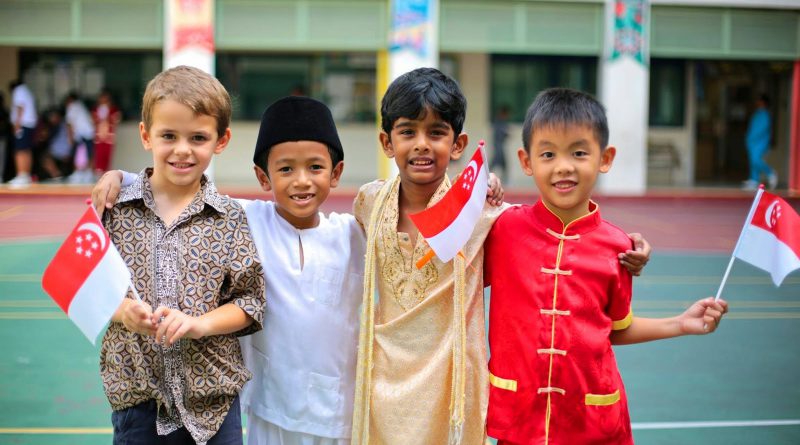 At the Community Leadership Conference on 4th October organised by OnePeople.Sg, Ambassador Chan Heng Chee and PM Lee Hsien Loong reinforced the importance of racial harmony for Singapore. Singapore has done well in improving the state of inter-racial harmony since our early days of the 1964 Communal Riots. Given the racial makeup of our population at that time, the Government utilised a racial framework of Chinese-Malay-Indian-Others (CMIO), where “Others” referred primarily to Eurasians. This racial framework was used as the basis for many policies, and DPM Tharman even called the public housing ethnic integration policy (which is based on the CMIO model) an example of extremely successful yet “intrusive social engineering”. However, questions have been raised whether modern Singapore still needs this framework, or whether society is sufficiently race-neutral to stop using the CMIO framework and consider alternative ways to support racial integration and tolerance.

1. Survey data suggests that society is racially harmonious, although there is still room for improvement.

In 2013, the Institute of Policy Studies and OnePeople.sg co-created a set of indicators to make tracking the state of racial and religious relations possible. While the results pointed to a healthy picture of social harmony, several findings show there is still room for improvement. While most respondents were comfortable of having neighbours of different races, ( over 90%) and friends  from different ethnic groups ( over 80%) only 45%  had a close friend from a different ethnic group .  What this suggests is that  while we are  comfortable  with people of different races, we may need to foster  meaningful interactions beyond what is necessary in schools, workplaces, and other domains of the public sphere.

2. The CMIO Framework guides a significant proportion of policymaking in other areas.

The CMIO model has become the de facto way of dealing with ethnic diversity in Singapore. Due to Singapore’s historical experiences of racial and religious riots, we are continuously aware of potential fault lines in society, especially when we share common spaces. Singapore’s economic successes and effective rule of law have also supported this harmony. Many government policies and political institutions are based on this CMIO model as well, such as the Ethnic Integration Policy, the mother tongue policy of bilingualism, and the Group Representation Constituency (GRC) system. Ethnic-based civil society self-help groups such as CDAC, Mendaki, SINDA, and the Eurasian Association also mirror the CMIO model. These associations have provided significant and customised support for their communities, and removing them or replacing them could be challenging. Finally, national data are also churned along racial categories.

3. Immigration has changed the racial makeup of our population.

As society becomes more complex, the CMIO model may have to evolve. With increasing immigration, there will be groups of new immigrants who do not fit into the CMIO categories, and come from other ethnic groups entirely. In addition, there is intra-ethnic diversity from immigrants or foreign workers who may belong to the same race as locals (as defined by the CMIO model) but hardly identify or socialise with one another.

4. Offspring of inter-ethnic marriages do not easily fit into the CMIO model.

Inter-ethnic marriages are becoming more common over the years. They constituted 20.4 per cent of total marriages in 2014, up from 13.1 per cent in 2004. Parents of different races can now include both races in their child’s registration forms, though they have to choose a “dominant” race – which would be listed first – for their child. While the double-barrelling of race will give parents in inter-ethnic marriages more flexibility when deciding their child’s race, the language of “mother tongue” ends up being a matter of selection instead of being determined by identity, along with other policy choices. Furthermore, as mixed-race children grow up and potentially marry other mixed-race or individuals with uncommon ethnicities, the CMIO framework will be even less applicable for these complex sub-ethnicities.

5.  There are still potential fault lines that need to be carefully managed.

During the 2012 Racial Harmony Day celebrations, Prime Minister Lee Hsien Loong warned about new fault lines emerging in Singapore society which went beyond race and religion, such as the rising tensions between new and old citizens due to differing norms and habits. A NYTimes article claimed that Singaporean Chinese did not identify with or integrate readily with Chinese from “mainland” China. There have also been instances on social media where individuals have posted inflammatory or insulting things about other races and religions. Our strict sedition laws make it an offense to “promote feelings of ill-will and hostility between different races …” and have been used to prosecute a number of individuals. There are thus still cases of inter-racial fault lines that persist.

1. How can we best promote inter-racial harmony even as our population changes?

Our population is slowly changing with immigration and inter-ethnic marriages, and this complicates the implementation of the CMIO framework (although these numbers are still small today). Should we evolve the CMIO framework slightly and adapt it through measures like extending the “double-barrelled” races for more complex sub-ethnicities, or is time to completely do away with it and approach the challenge of racial harmony using a different framework entirely? Are we ready to become race neutral in our policies, or is there still value to recognising and celebrating our racial diversity as part of our identity?

2. How can we best protect the interests of minorities?

The CMIO framework has also helped to ensure minority representation in parliament and access to public housing in all areas, and to offer specific support from race-based self-help groups. Is it possible to do this without a CMIO framework? Is it even necessary to socially engineer the harmony with a framework, or is society sufficiently open-minded enough to pursue inclusivity without a formal CMIO framework?

3. There are two perspectives to this issue.

Firstly, the CMIO Framework currently affects Singaporeans in prominent aspects of our lives ranging from education to housing. Another concern is that bracketing our cultural identities into the neat, static categories may obscure the internal heterogeneity and dynamism of each cultural community. As such, some Singaporeans may pride the further enrichment of our national identity over the safeguards the CMIO model provides for a tolerant society. Others, including members of the non-Chinese races, may be concerned if we do away with the model. Secondly, policymakers and analysts will have views on how this case should be handled and why, given the competing choices.

This discussion was done in collaboration with OnePeople.Sg and launched at their Community Leaders’ Conference 2015, with Prime Minister Lee Hsien Loong as the Guest of Honour for the event.

The dialectic.sg is a website that aims to promote better debates for a better Singapore. Topical policy dilemmas are explored with a fact-based background brief (reproduced below), and commenters are invited to debate the policy options using a patent-pending commenting system that encourages more respectful and rational comments. Various insights on the outcome of the debate are also automatically generated to help those following the topic.