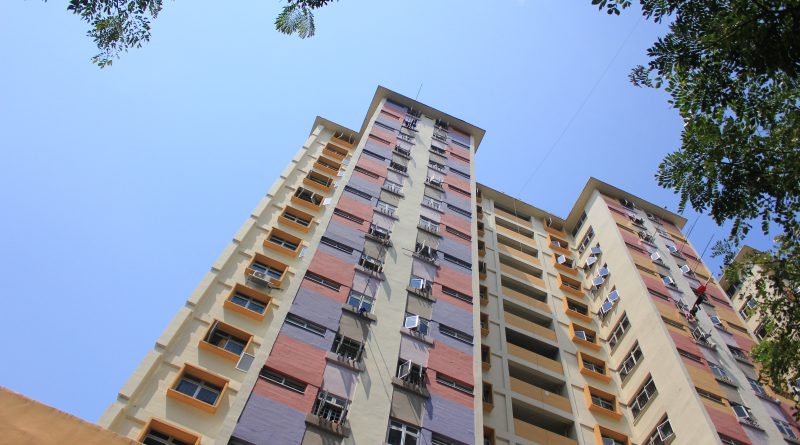 The Central Provident Fund (CPF) has come under scrutiny in recent months. Former Minister for Manpower Tan Chuan-Jin attempted to allay fears about retirement adequacy by unveiling a bright path for young Singaporeans. According to him, a polytechnic graduate with a monthly salary of $2,200 until age 65 can purchase a four-room flat and still receive 60-70% of pre-retirement income in his/her golden years. However, he made a key qualification: this is only possible with a prudent housing choice.

But what is a prudent choice?

Much has been said about buying the “right-sized” apartment. The idea is simple – the cost should not deplete one’s retirement savings or pose too heavy a burden throughout the entire repayment period. It underscores the reality that affordability cannot simply be about ownership; and retirement adequacy cannot simply be about overall wealth. We must differentiate between liquid money and fixed assets to accurately discern whether the CPF system encourages prudent home choices, while still providing for retirement.

This distinction appears lost in the design of the system. This is because it essentially permits new homeowners to use savings initially put aside for retirement on an asset that will likely remain illiquid. This creates two potentially problematic impacts on homeowners deciding the “right” home size.

Firstly, because the use of CPF to purchase a home allows a citizen to access money that would otherwise have been locked away until retirement, many see it as an opportunity to “get back” money that was forcibly put aside. It seems that one might be incentivized to maximize the money that can be “gotten back” by choosing the largest affordable flat based on loans or personal savings so that a larger dollar value of one’s CPF can be withdrawn for the purchase. It begins to function almost like a self-funded subsidy: because of how distant the draw down date is, access to CPF to pay for housing is like being given a subsidy for housing that you would otherwise not have had access to (in the near term). The fact that it draws down from retirement savings is not salient to the average homebuyer and hence the incentive is to maximize the size of the CPF withdrawal or home “subsidy”.

Secondly, because CPF money isn’t readily accessible to citizens – it’s locked away – spending out of the CPF is done with less compunction. Think of credit cards or Apple Pay. Swiping a piece of plastic or moving digits around is so ethereal and lost in space that people often lose track of what they really can afford and as a result, sometimes find themselves in debt. CPF suffers from the same behavioral distortions. Citizens are spending from an account they do not have access to at the time, and hence depleting it does not leave the same pinch as depleting one’s savings account because the pain only comes several decades later – it is too far away to meaningfully matter at decision time. As a result, Singaporeans tend to buy houses larger than they can truly afford because the oversized burden is deferred to their CPF accounts – an unseen and distant ledger. This has proven itself true. Just look at the growing population of seniors who are asset rich but cash poor.

The problem can be traced back to the CPF Approved Housing Scheme in 1968 that, for the first time, allowed Singaporeans to draw from their CPF savings to pay for public housing. It reduced the initial outlay new homeowners had to put up and is lauded as being key to HDB’s early success at promoting homeownership in Singapore. The side effect, however, was that it transformed retirement adequacy from a liquid form into one that also included a fixed housing asset – exposed to market volatilities.

This placed retirement adequacy in jeopardy unless the government recalibrated adequacy to be based only upon liquid CPF savings (after home purchase withdrawals) or if homeowners readily converted their properties to cash in retirement – and could easily do so.

But neither has happened.

The government continues to factor home ownership (and the value of the home) into assessing the required minimum sum that citizens have to keep in their CPF until retirement. Unless the home is often monetized for retirement, this is a misleading lens through which we view adequacy because its inherent value will do little to put food on the table or help its resident with high medical costs that come with age.

“Right-sizing” at retirement has been promoted of late, and would help to unlock high-value houses and turn them into spendable money. The government continues to strengthen incentives for such behavior through the Silver Housing Bonus and the Lease Buyback Scheme. While laudable, the schemes’ take up rate has been slow because many Singaporeans cannot bear to part with their homes. This could be attributed to the sentimentality Singaporeans have for the memories contained within the four walls of their apartment, or simply, the physical difficulty in moving when one is at an advanced age.

Hence policies should be reconsidered to promote the right sizing of apartments from the onset and ensure retirement adequacy is treated separate from home ownership.

The most direct, perhaps most dramatic, would be to undo the 1968 CPF Approved Housing Scheme and return to a CPF scheme that doesn’t allow withdrawal for the purchase of a home. The 1968 CPF Approved Housing Scheme was introduced in part to support the case for home ownership by making it easier for citizens to make the leap away from renting to owning. Today, home owning is part of the Singapore DNA and the need to build such a narrative might have lost currency – Singaporeans have bought into, and understand the importance of home ownership. It is affordability they care about and seek answers on. Divorcing CPF and home ownership from one another may also have the impact of helping the Ministry of National Development deal more directly with the question of affordability in a way that is not masked by a citizenry’s artificially enlarged spending power generated by access to funds earmarked for retirement adequacy.

Another approach may be to alter the choice architecture in a way that pushes families to choose the appropriate flat size based on their income level. This can be achieved by creating additional hurdles for families that opt for flats larger than their recommended flat size or by more proactively disclosing information on what other families in the same income bracket have chosen. If the behavioral mechanisms of social proof work as intended, families will be more likely to follow the decisions of people at their similar income level.

Alternatively, the government could create a graduated minimum sum system that prohibits the withdrawal of CPF funds below a certain amount, adjusted at each age, with progression towards the required minimum sum at retirement. Homeownership should not factor into the calculation of the minimum sum to ensure that there is sufficient savings for retirement at each milestone.

Home ownership is a good thing – Singaporeans get it. But the CPF policy as it stands pushes citizens to overspend on housing in a way that interferes with their retirement adequacy. Separating the two, whether by a drastic policy change or more subtle choice architecture decisions will likely go a long way toward strengthening the presently misaligned incentives. The CPF must return to its roots as being a retirement fund, with any dilution of the role (home ownership, medical costs) carefully regulated to ensure that it doesn’t trample on the original intent of the program.