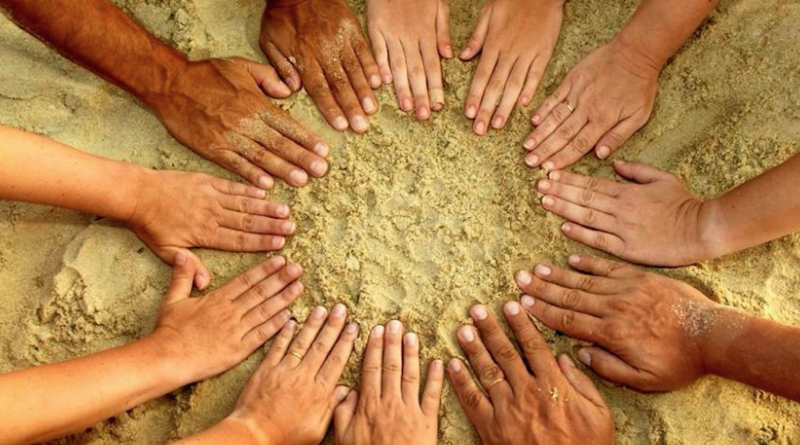 Singapore has the highest Gini coefficient (after taxes and transfers) – the measure of income inequality – in the developed world.

This has been increasingly salient of late and the government has responded with a more progressive budget that seeks to help the lowest rung of society, to give them a leg up. However, behind these numbers resides a problematic reality – that social mobility has decreased for certain groups in Singapore society.

Even the Principal of Raffles Institution has, in a recent speech, discussed how the illusion of a level playing field has begun to dissipate – “meritocracy’s effectiveness is faltering,” he said. Certain groups have greater access to resources that catalyse academic success.

While the government has begun tackling these systemic inequalities, Muhammad Farouq Osman argues that the government’s approach of supporting education and skills training has to be supplemented by a recognition of the importance of social relations and networks. His study attempts to apply insights from social capital theory to the problem of inequality facing Singapore today, particularly as it concerns the Malay community.

Drawing on Granovetter (1985), Lin (2000) and Putnam (2000), Farouq defines social capital as resources accessible through one’s social network that have a bearing on one’s outcomes, conferring material and emotional benefits. For example, social ties expose one to more information and insight in unfamiliar contexts, and thus potential strategies for navigating such situations.

Social capital comes into play within the family environment through strong parent-child relations. Such relations allow parents to pass on to children skills and mind-sets geared towards academic achievement. Beyond the family, social networks are connections that can yield job opportunities, or help one understand and keep up with resources in the community, amongst other prospects.

Social capital in the Malay community

Farouq makes the case that the aggregate poor socioeconomic attainment of Singapore’s Malay/Muslim community can be linked to a relative shortage of social capital in Malay families.

Substantiating the first part of his claim, Farouq points out that despite the great socioeconomic progress that Malay/Muslim families have made in absolute terms, a number of measurements still suggest that further community uplift is needed. These official figures indicate lower income levels, weaker exam performance, and disproportionate representation in unskilled and semi-skilled occupations.

But why does the Malay community have lower social capital in the first place? One reason that Farouq suggests is that social capital gets distributed along lines which conform to pre-existing inequalities, thus favouring already privileged groups. This phenomenon is attributed to the principle of homophily, which sees those of similar backgrounds more inclined to come together, decreasing chances for ties across class and ethnicity. It is also attributed to some existing policies, such as that of academic streaming, which in separating students on an academic basis also reifies the differences in opportunities and environments they have been exposed to.

This cycle could be self-reinforcing. Farouq demonstrates that poverty-related stress could in turn limit the social capital built up within and outside of Malay families that struggle to make ends meet.

Farouq recommends that the government take into account the effects of social capital in designing policies for community uplift.

To allow Malay students increased opportunities for accumulating social capital, Farouq suggests that schools can counteract homophily through collaborative study groups wherein students from different academic tracks come together. Stronger students will be given the chance to help out their peers, and students from different backgrounds will have the chance to develop ties. This recommendation is inspired by a study described by journalist Tina Rosenberg showing that academic performance improved for African-American and Hispanic students in collaborative study groups. To Farouq, this “power of peer pressure” demonstrates one of the benefits of social capital inherent in such support groups.

He also suggests that Malay parents could increase their social capital by involving themselves in parent support groups within the schools, or by joining Yayasan MENDAKI’s Family Excellence Circle, a self-help support network. Building on this, perhaps the government can take a leaf from these initiatives and come out with policies on a larger, national scale that encourage mentorship for low-income families, particularly in their children’s learning. This will allow the opportunity for individuals from different socio-economic backgrounds to interact, and in doing so, strengthen the social capital for the Malay community.

Finally, Farouq underscores the role of self-help groups such as Yayasan MENDAKI in providing programmes and platforms for the promotion of inter-class and inter-ethnic interaction. Acknowledging that such groups may themselves be ethnically delineated, he explains that they nevertheless could serve as a solid springboard for Singaporeans to then go on to expand their social networks beyond them.

In addition to partnering with community leaders to set up such self-help groups, the government has in fact already gone to some lengths to promote interaction across ethnic and class lines. For example, the Ethnic Integration Policy, with racial quotas for public housing estates, aims to facilitate the day-to-day interaction of those of differing backgrounds. However, Farouq argues that these measures alone have been insufficient as opportunities to build up social capital, particularly in the Malay community. The government can and should do more, policy-wise, to facilitate the creation of personal networks and bonds – especially among the lower-income groups – so that they can benefit from informational resources and transcend their disadvantaged position.

The question of how to strengthen social mobility is a complex one. Farouq introduces the importance of social capital in its discussion and makes the case for its inclusion in the way policy is designed. Is he on to something? Should the government begin looking beyond individual education and skills training to ensuring that there is an environment for all Singaporeans to thrive?

This piece is based on an essay by Muhammad Farouq Osman who graduated from the National University of Singapore University Scholars Program with a Bachelor of Social Sciences (Honours) in Sociology. His paper “Beyond An Individual Education and Skills Focus in Community Upliftment: Insights from Social Capital Theory” first appeared in the MENDAKI Policy Digest 2014, and is republished with permission. Access the full paper here.