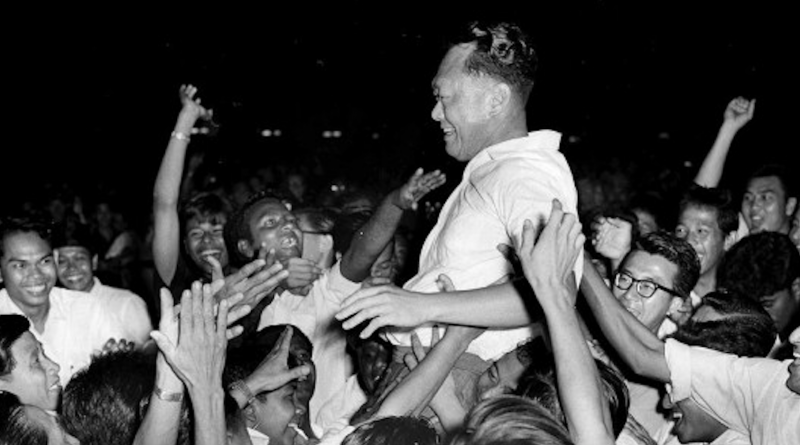 “Can we get the successive generations to understand that we built this edifice, that this is a 100-storey building built on an extremely narrow foundation, but piled deep and structured in such a way that the winds won’t blow it down.” – Lee Kuan Yew

Lee Kuan Yew was a giant revered for his brilliant mind, shrewd political instinct, and fearless candor. In the week since his passing, we’ve reminisced about his life – beginning the debate over his legacy and how we will remember him.

Singaporeans from all walks of life have shared how Lee Kuan Yew touched them, whether through small gestures of warmth or the grand gesture of stewarding us into the nation we are. The story of how he took the CIA to task about an alleged bribery scandal in 1960 lit up social media, with Singaporeans taking pride in the maverick that Lee Kuan Yew was. Leaders from every corner of the globe have taken turns to shower acclaim on his life, his success and his counsel. For their part, his detractors have cautioned against an overly effusive telling of the Lee Kuan Yew story, pointing to his social engineering, lawsuits against the press, and treatment of political opponents.

Whoever is right, it is indisputable that Lee Kuan Yew’s legacy towers over Singapore like the skyscrapers that dominate the new Marina Bay skyline. Never ornate, their clean lines exemplify the future orientation and simplicity that Lee Kuan Yew adopted in tackling Singapore’s challenges. They can be seen from miles away, commanding an undeniable presence.

But as with the skyscrapers, it is easy to forget that Lee Kuan Yew’s accomplishments rest on a foundation of unconventional thinking.

The People’s Action Party was founded in response to his belief that the status quo, Singapore under the British, was no longer right for the country – he fought for Merdeka. He maintained a fearlessness to “defy conventional wisdom” and in the process transformed a society “from where it is to where it has never been – indeed, where it as yet cannot imagine being”. This, in Henry Kissinger’s words, is what makes him a “great leader” and is the same boldness of mind that led to many of Singapore’s audacious projects, including the Marina Bay land reclamation project in the 1970s that literally laid the ground for the pillars that rise from it today.

These were the building blocks of Lee Kuan Yew’s power as a transformative figure: an enterprising instinct, unconstrained by existing authority or the way things had been; an unmitigated pragmatism that called things as they were – so as to fix them; an ambitious vision, buoyed by compassion. It was unencumbered brilliance that, in his own words, was about trying to be “correct, not politically correct”.

If Lee Kuan Yew had bowed to his critics, we might still be raw ingredients, separated by race, language or religion. He and his team provided the sweet sauce to bring the rojak together – even if it meant limiting our right to choose what language to study, where to live, or whom to live among.

Today, new divisions are developing in Singaporean society. We need the same innovativeness – not simply the same policies – to face these new challenges. In a speech to the Singapore Press Club in 1996, he said: “Thirty years ago, my colleagues, younger and more dreamy eyed, settled the words of our pledge. We did not focus our minds on our navels or we would have missed the rainbow in the sky. We pursued that rainbow and that was how we came to build today’s Singapore.”

His eyes were always fixed on making Singapore better, scanning the horizon without the glare of the past. It is our turn to do the same.

But we cannot allow his legacy to be constrained by his policies, his past successes, or his party. As important as they are, they are temporal, as was he. Buildings get torn down, political parties gain and lose dominance, ideas lose currency – the world will change, and we must adapt along with it.

Lee Kuan Yew knew this. In his latest memoir, he wrote, “because of my house, neighbouring houses cannot be built high. (…) Demolish my house, change the planning rules, and the land value will go up. I don’t think my daughter or my wife or I, who lived in it, or my sons who grew up in it, will bemoan its loss.” In the same vein, we mustn’t overly sentimentalize the structures that Lee Kuan Yew built; his legacy must not become the convention he so often combated against.

He is the father of modern day Singapore not because he leaves us with towering skyscrapers where there once was water, nor because he’s lifted us to a standard of living unimaginable fifty years ago. It is because he leaves behind a people inspired by his bold vision of a stronger Singapore and a blueprint for how to make it possible through his example: his independence and pioneering spirit; his fearlessness in the face of stark odds; his pragmatism, compassion and passion for the cause of Singapore.

These are the characteristics that made him the man he was and is the enduring legacy that we must be thankful for and live up to.

It is perhaps fitting that, like Lee Kuan Yew who wept at the shattering of a union he so fervently believed in, Singaporeans today mourn the end of a union that has been at our very heart. In Prime Minister Lee Hsien Loong’s words, “Lee Kuan Yew was Singapore”. His values are the true inheritance a father has bequeathed to his nation – values we must remember, keep safe, and do proud.